CRACK British troops killed two suspected terrorists in the bad lands of eastern Mali – in their first gun battle since the end of combat operations in Afghanistan in 2014.

A recce team from the Queen’s Dragoon Guards stunned the gunmen when they crested a ridge in the desert more than 100 east of their UN base in Gao. 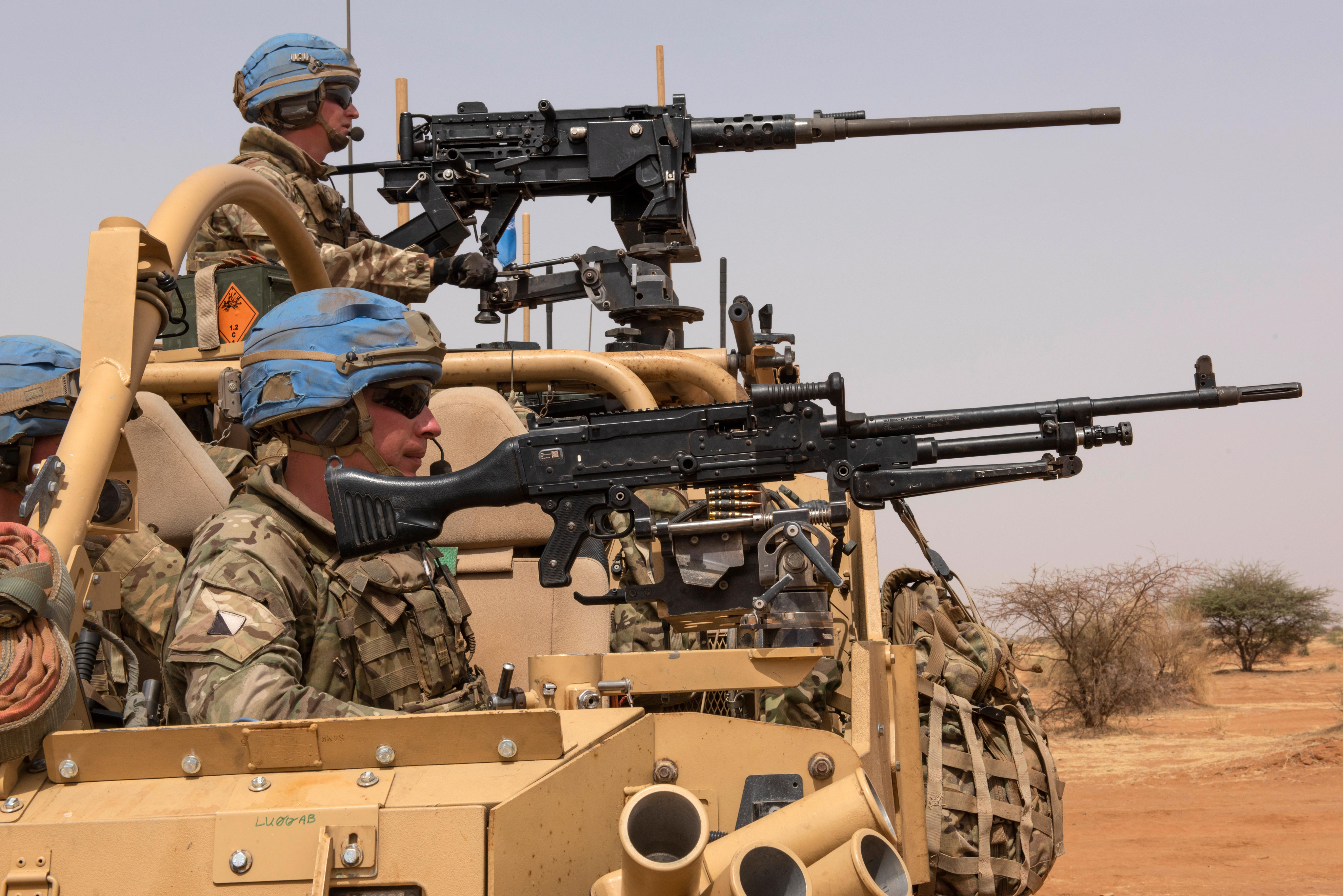 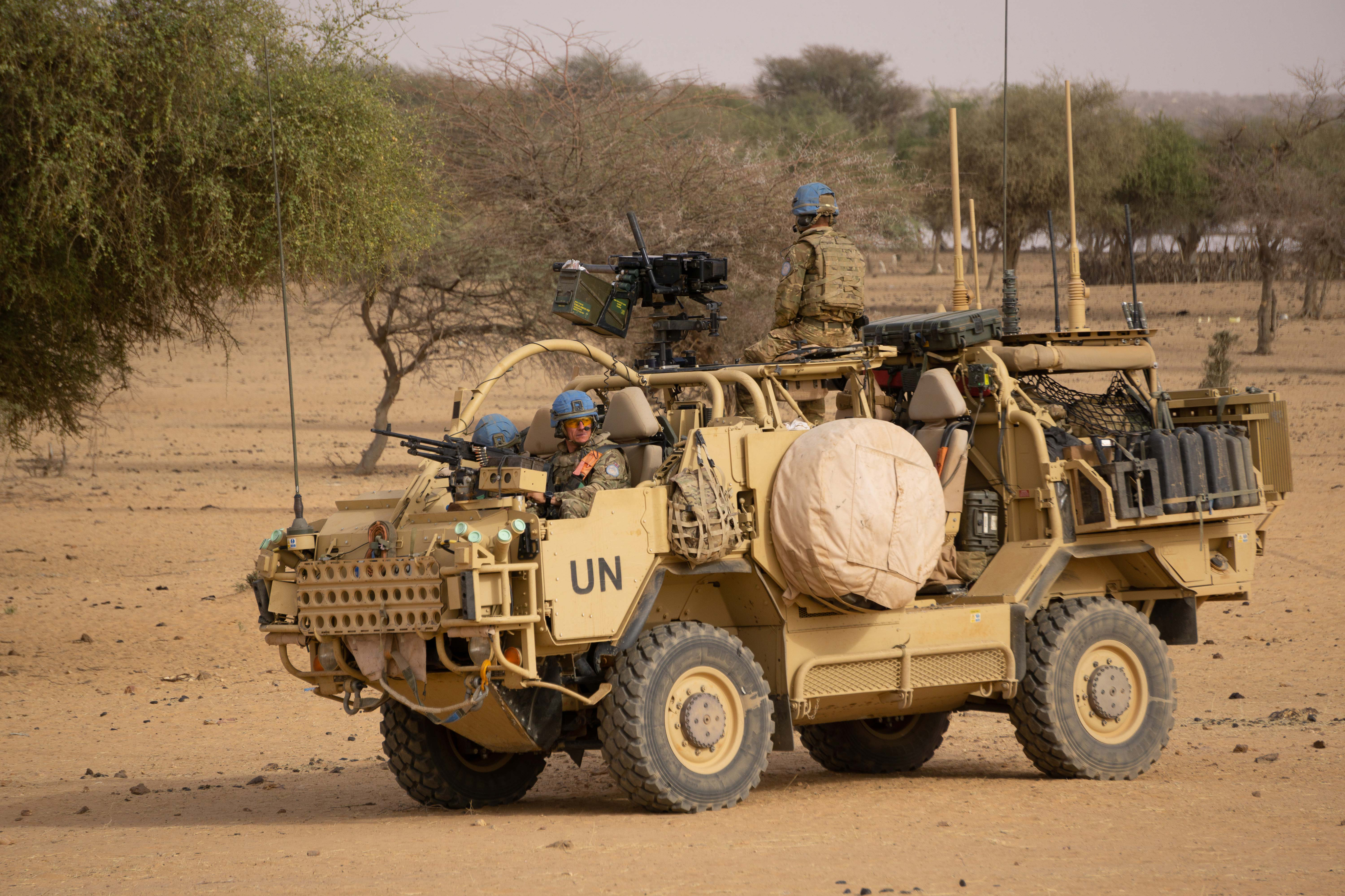 The troops, who are part of the world’s most dangerous peacekeeping mission, were searching for safe routes through the dunes and scrub in an area awash with Islamic State terrorists.

The Long Range Reconnaissance Group, which is led by troops from the Royal Anglian Regiment, were several miles from the nearest road when they spotted the gunmen around 500 metres away at 9am on Wednesday morning.

Major Gavin Hudson, the recce group’s chief of staff, said the gunmen were armed with a belt-fed machine gun and a Kalashnikov assault rifle.

They tried to flee on their motorbike but it crashed as the Brits gave chase in a fleet of open-top Jackal vehicles.

“At the point that they started to pursue them the intention was to question and detain them,” Maj Hudson said.

The gunmen sprinted away from the bike on foot and British soldiers leapt out of the Jackals to follow them through the thorn bushes.

“At that point they came under fire from about 10 metres away,” Maj Hudson added.

“It was very close.”

The troops were forced to retreat back to the trucks and continued the chase in the Jackals.

The gunmen managed to get around 50 to 70 metres away and then blasted the Brits “with sustained fire” from the machine gun.

“I am quite surprised that two guys with small arms decided to take on all the British vehicles, but maybe they felt they had no choice,” Maj Hudson told The Sun at the British HQ.

The Jackals returned fire with “every weapons system” mounted on the vehicle, including a 40mm grenade machine gun and a .50 cal heavy machine gun.

It was the first time British peacekeepers have fired a shot in anger since they joined the UN mission last year.

Lt Col Will Meddings, the recce group’s commanding officer, said: “Today’s action demonstrates exactly what the UK is bringing to the UN’s most dangerous peacekeeping mission, a long range force that doesn’t just find those who would harm civilians but acts as well.

“Results like this come from patrolling huge distances, day and night, in places where Islamic State in the Greater Sahel Sahara feel they have the freedom to extort and murder.

“They cannot act with impunity.”

The firefight lasted less than 20 minutes before troops discovered the gunmen’s bodies surrounded by 100 spent bullet casings and a pair of walkie-talkies.

No British soldiers were hurt but one of the Jackals was damaged by rounds which hit its door. 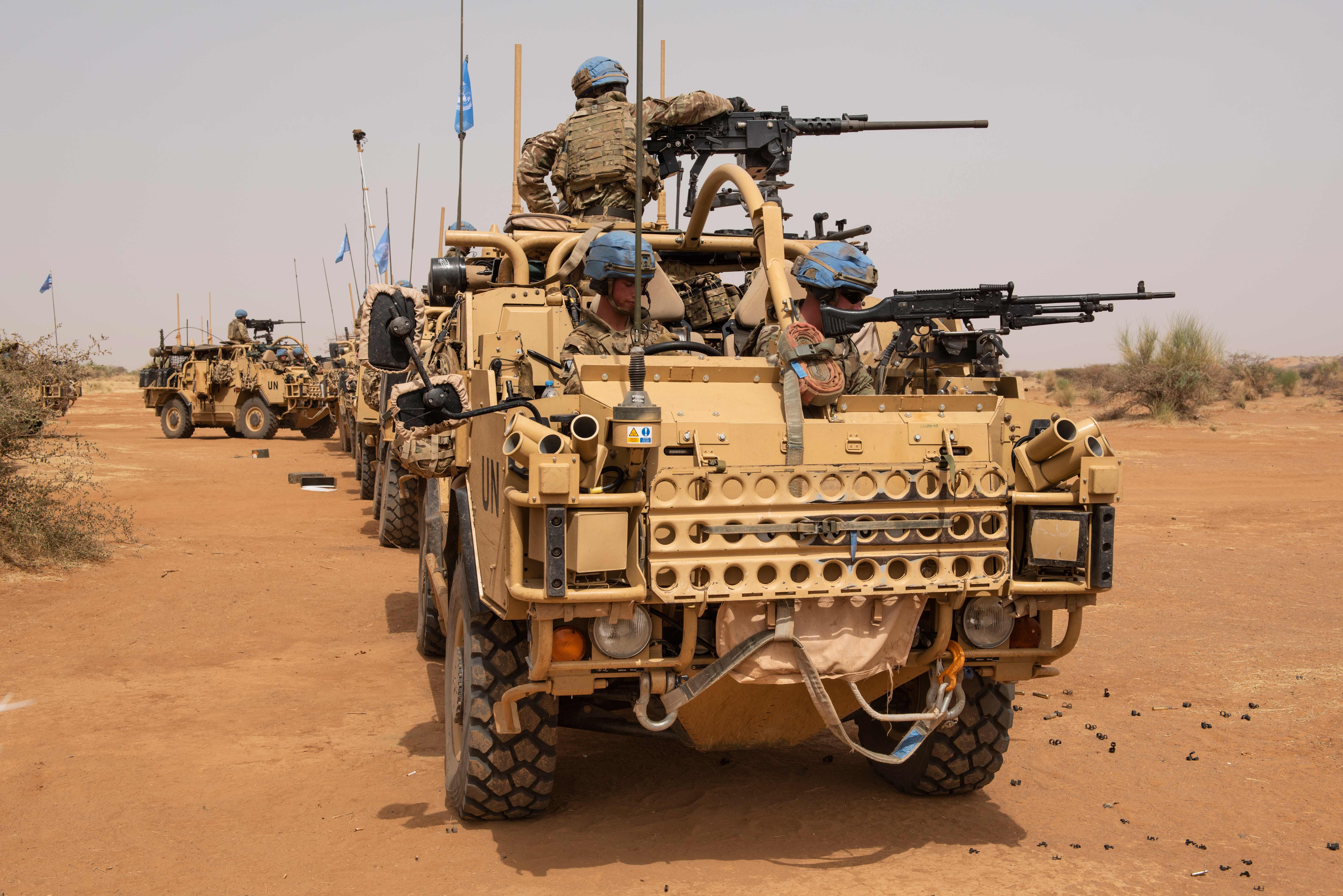 Lates News:
2021-10-21
Previous Post: Why retired couples will be £700 worse off next year
Next Post: Netflix down – Streaming giant goes offline worldwide as users in US, Canada and Australia report error code