MINSK (Reuters) – Belarus launched a criminal case on Thursday against a new opposition body, accusing it of an illegal attempt to seize power, a day after President Alexander Lukashenko threatened to sweep the streets of protesters who reject his re-election. 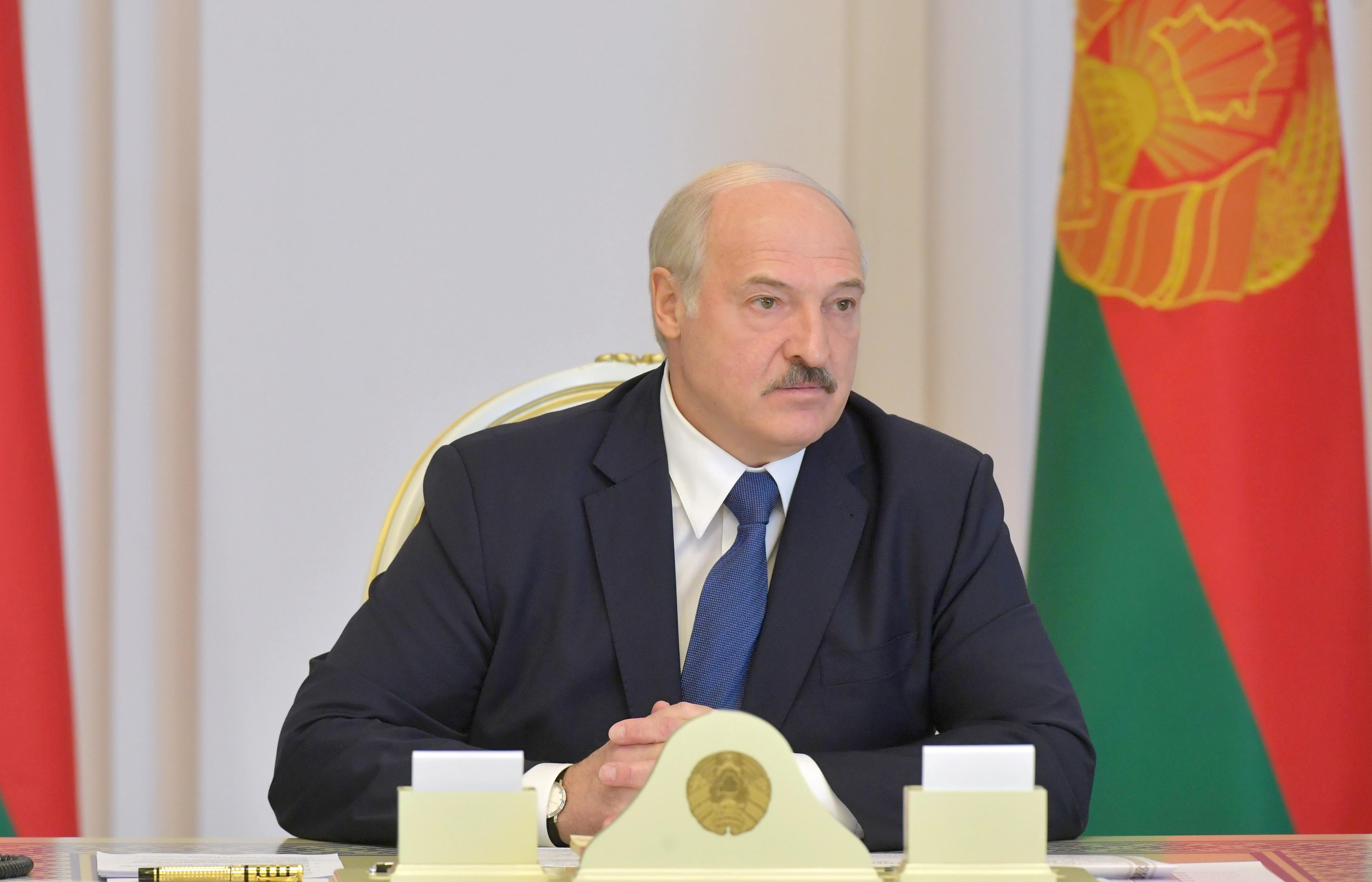 Belarus has been facing its biggest political crisis since the breakup of the Soviet Union, with tens of thousands of demonstrators rejecting Lukashenko’s victory in an Aug. 9 vote his opponents say was rigged.

Opponents of Lukashenko, a gruff former collective farm boss in power for 26 years, unveiled the Coordination Council on Tuesday with the stated aim of negotiating a transfer of power.

Its dozens of members include a Nobel Prize-winning author and the ousted head of Minsk’s main drama theatre, as well as exiled presidential candidate Sviatlana Tsikhanouskaya, whose followers say she won the election.

The general prosecutor’s office described the body as designed to seize power, calling the act of setting it up a threat to national security, Russia’s RIA news agency reported. No individuals were named as suspects in the case.

The council issued a statement rejecting the accusations and saying its efforts were lawful.

“The accusation is completely baseless and without foundation. Our goal is to resolve the crisis without conflict. We are not calling for the seizure of power,” council member Syarhei Dyleuski, leader of a committee of striking workers at the Minsk Tractor Factory, told Reuters.

After days of huge rallies drawing tens of thousands of demonstrators, protests were diminished on Thursday but not halted.

Lukashenko announced on Wednesday he had ordered police to clear the streets of the capital, although no action was taken against hundreds of protesters who staged a rally in front of the police headquarters later that day. By lunchtime on Thursday there was still no sign of a decisive security operation.

Bigger rallies are expected again over the weekend.

Tsikhanouskaya, a 37-year-old political novice who emerged as the consensus opposition candidate after better-known figures were barred from standing, including her jailed activist husband, has fled to neighbouring Lithuania.

Lithuania’s Prime Minister Saulius Skvernelis met her at his office in Vilnius on Thursday.

He “assured her that the government, together with its partners in Poland, Latvia and Estonia, are doing and will do everything so that there are free and fair elections in Belarus, and so that her children could as soon as possible hug their dad in freedom,” he wrote on Facebook.

That drew a thinly veiled rebuke from the Kremlin, which said Moscow would view any contact between foreign officials and the Belarus opposition as interference in Belarusian affairs.

The crisis in Belarus, Russia’s most loyal neighbour, is a test for the Kremlin, which has to decide whether to stick with Lukashenko or try to manage a transfer of power. 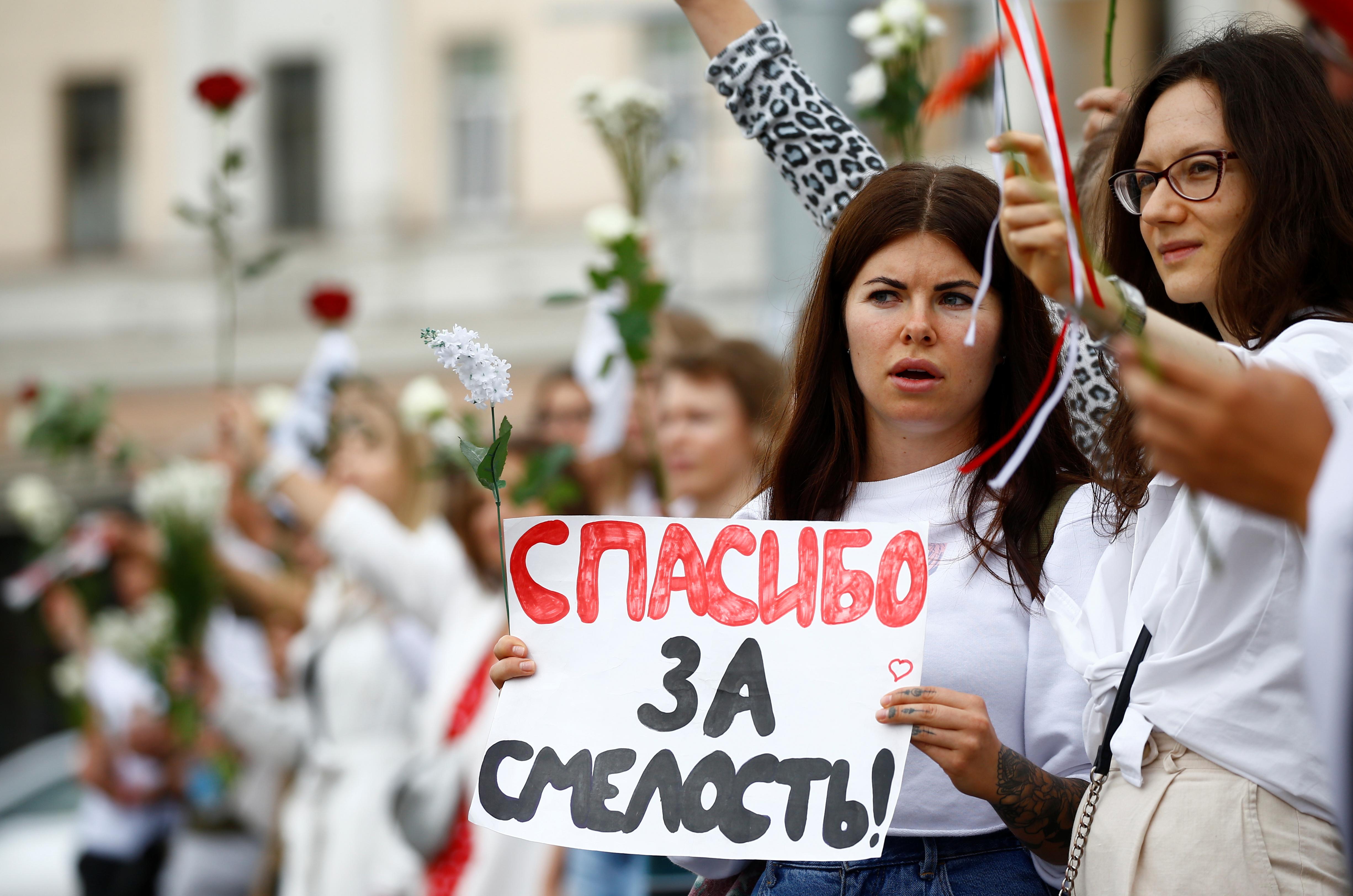 Of all Russia’s former Soviet neighbours, Belarus has the closest political, economic and cultural relationship to Moscow, and its heavily fortified borders with Latvia, Lithuania and Poland are major frontiers of NATO.

The European Union has rejected Lukashenko’s re-election and announced sanctions on Wednesday against some Belarus officials it blames for election fraud and abuse of protesters.

EU members bordering on Belarus have called for a tough line towards Lukashenko, but European officials are wary of strong action that might provoke Moscow into a military response.