The BBC’s latest weather forecast has revealed the shocking scale of devastation that Storm Dennis could have across the UK. Dennis, the fourth named storm of the season, could unleash a month’s worth of rainfall in just 24 hours according to meteorologists. BBC weather presenter Matt Taylor also suggested that snow and ice will spark travel chaos before Storm Dennis even smashes the country.

The warnings come less than a week after Storm Ciara wreaked havoc across the UK, bringing with it huge waves and fierce winds.

Taylor pointed out that the ground is “already saturated” after Ciara, meaning that the Storm Dennis’ rampant rainfall could unleash damaging floods.

JUST IN: Will Liverpool vs Norwich be cancelled because of Storm Dennis? 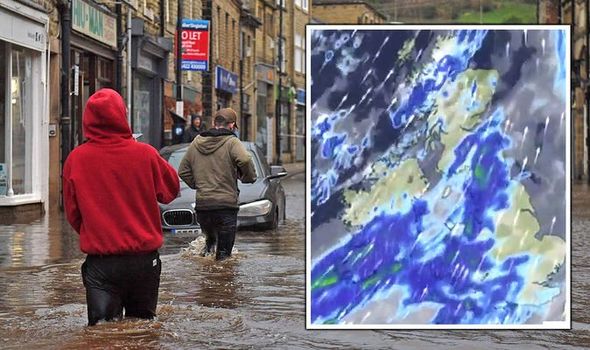 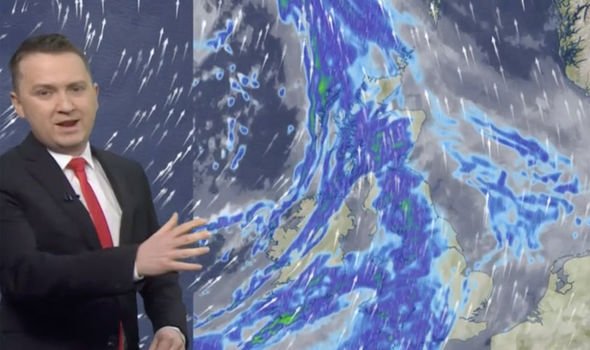 Scotland and northern England could see up to 10cm (4in) of snow this evening, while Northern Ireland could see further snow showers.

However, the snow and ice will be replaced by winds and rain on Saturday for  a second successive weekend.

According to the Met Office, the whole country apart from Northern Ireland and northern Scotland will be hit on Saturday, while “every part of the UK will be affected” on Sunday.

Taylor said: “This evening we have chilly tempeartures, only a few degrees above freezing. 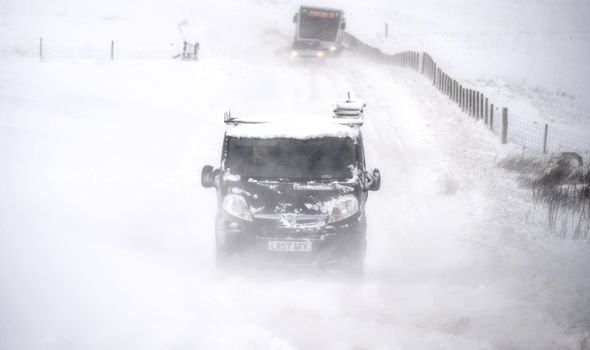 “Storm Dennis will bring rough seas and damaging winds as well as flooding rain. That is why the Met Office has already issued a number of amber weather warnings.

“We could see 150mm of rain in some regions by Sunday, and with Storm Ciara the ground is already saturated so that could lead to flooding by Sunday.

“Dennis will rapidly deepen in the next 24 hours. Temperatures will drop tonight, and there will be a touch of frost as we move into the weekend.” 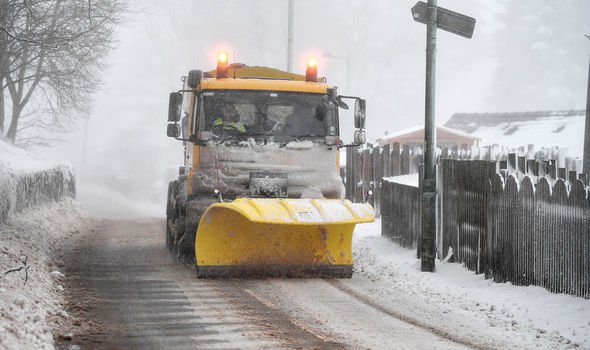 Taylor added: “There is a lot of rain around on Saturday but around the western coast and hills, the rain will be relentless all day long.

“Winds will start to strengthen from Saturday afternoon and will continue into Saturday night. The rainfall totals will continue to top up as well, so risking more floods.

“Scotland and Northern Ireland will see the worst of the winds on Sunday night, up to 75mph or 80mph, causing travel disruption.”

“Any snow accumulations over lower ground will be temporary but up to 10cm is possible over the hills.”

Why the humble FD is the best choice now