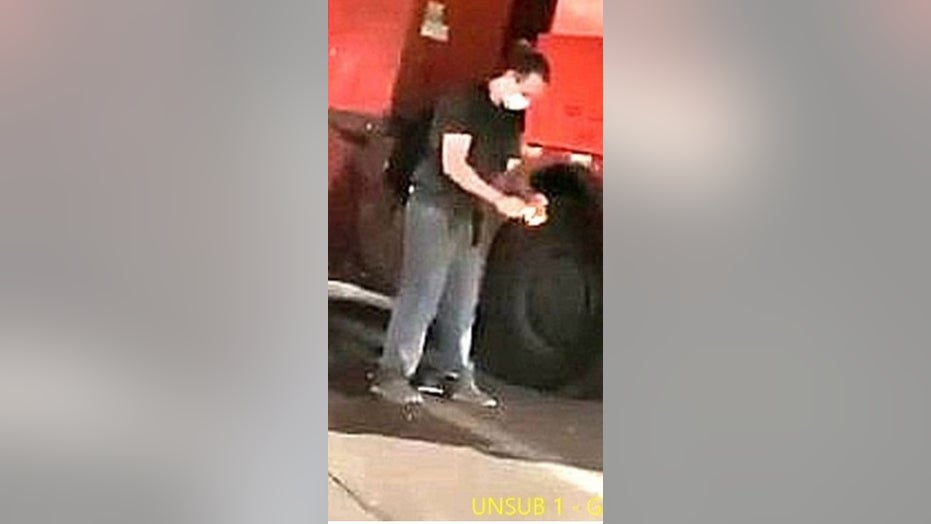 Federal authorities in Wisconsin are asking the public to help identify several people linked to arson fires amid several days of unrest in Kenosha that saw cars and businesses set ablaze following the police shooting of a Black man.

The Bureau of Alcohol, Tobacco, Firearms and Explosives (ATF) announced Friday that it is offering $5,000 for the identification of several persons of interest connected to fires set from Aug. 23 to Aug. 25, the agency said in a news release.

Investigators released multiple photographs and videos of the individuals. 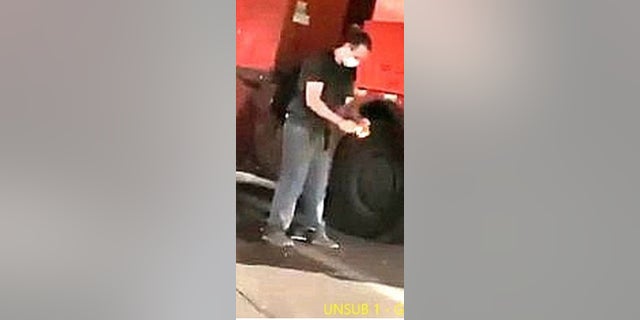 A man lights a fire near a garbage truck during unrest in Kenosha, Wis., federal authorities said
(Bureau of Alcohol, Tobacco, Firearms and Explosives)

“Arson is a very serious and violent crime as it is a danger to the whole community and federal convictions may result in a mandatory minimum of five years and a maximum of twenty years in prison,” said ATF Special Agent in Charge Kristen de Tineo of the Chicago Field Division. 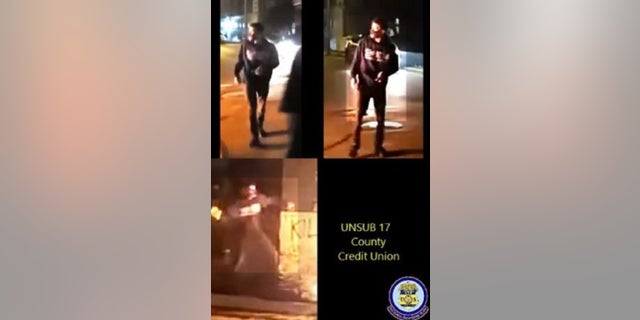 Investigators are seeking to identify the above man in relation to an arson that occurred at a credit union in Kenosha, Wisconsin on August 24 at 11:34 p.m.
(Bureau of Alcohol, Tobacco, Firearms and Explosives)

One of the incidents the agency highlighted was the torching of a Wisconsin Department of Corrections building to the ground. The building housing parole and probation offices was reduced to rubble after it was set on fire on Aug. 24.

Two banks were also set on fire as well as garbage trucks, a furniture store and a restaurant.

Protests broke out in the city following the Aug. 23 police shooting of Jacob Blake, who was struck multiple times and paralyzed from the waist down. During the demonstrations, police vehicles were also damaged and two people were killed. 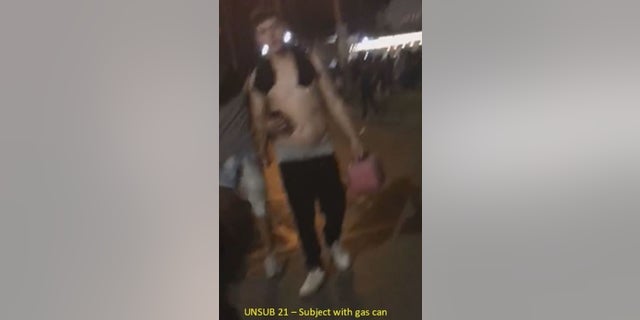 A man holds a gas can during unrest in Kenosha, Wis., federal authorities said.
(Bureau of Alcohol, Tobacco, Firearms and Explosives)

ATF investigators are working alongside local authorities and federal partners to identify the individuals.

Police ask that anyone with information in connection with any of the incidents to contact the ATF's Milwaukee Field Office at (800) 283-8477. People can email tips to [email protected]