A FIREFIGHTER who was killed by his colleague in a horrific rampage has been remembered as a hero.

Family identified the victim as Tony Carlon, 44, during a vigil honoring the firefighter on Tuesday evening. 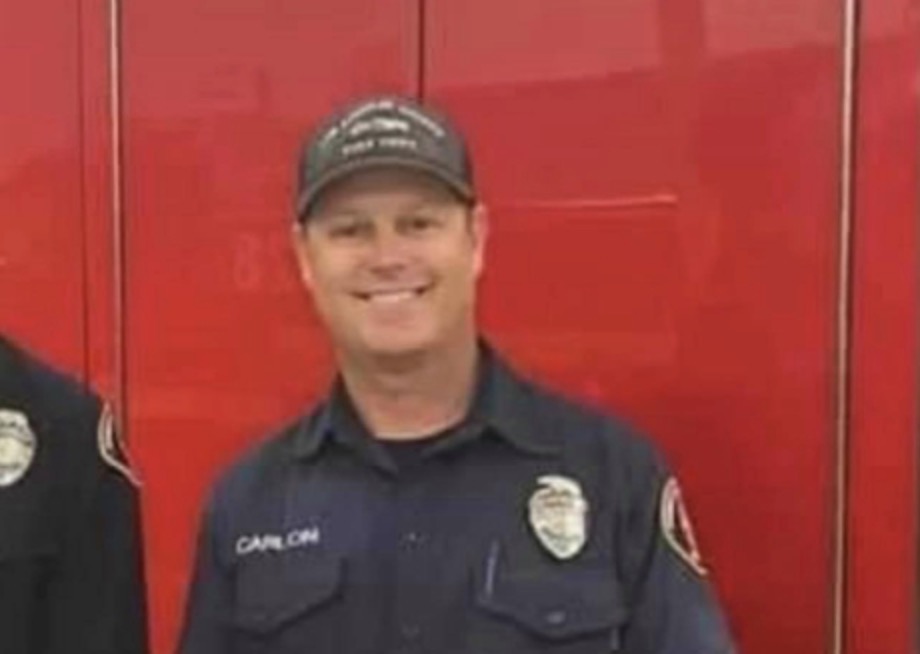 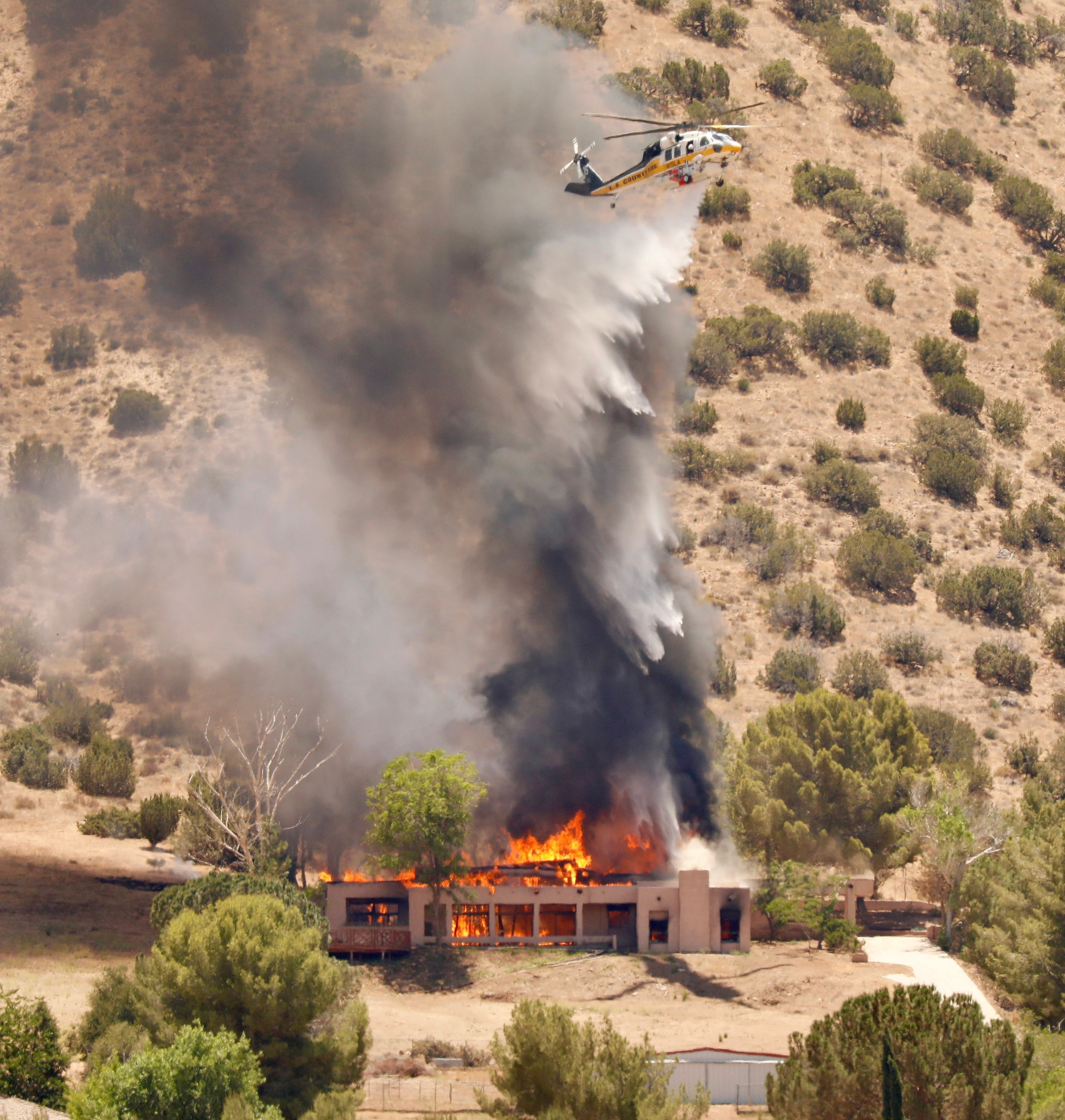 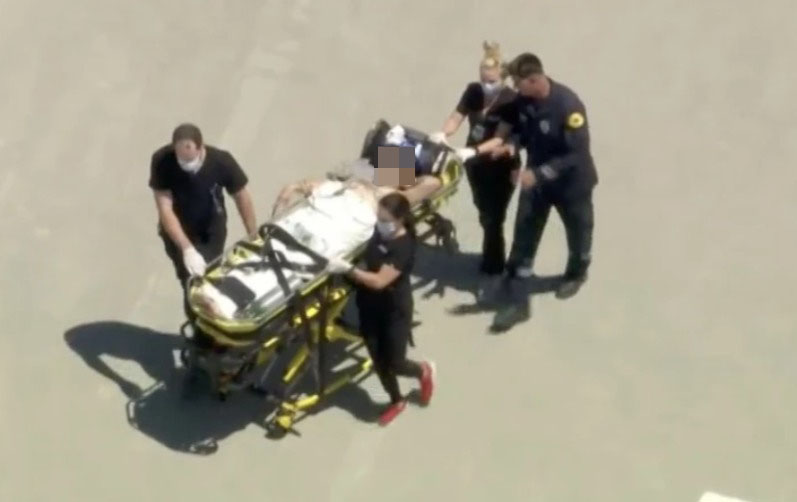 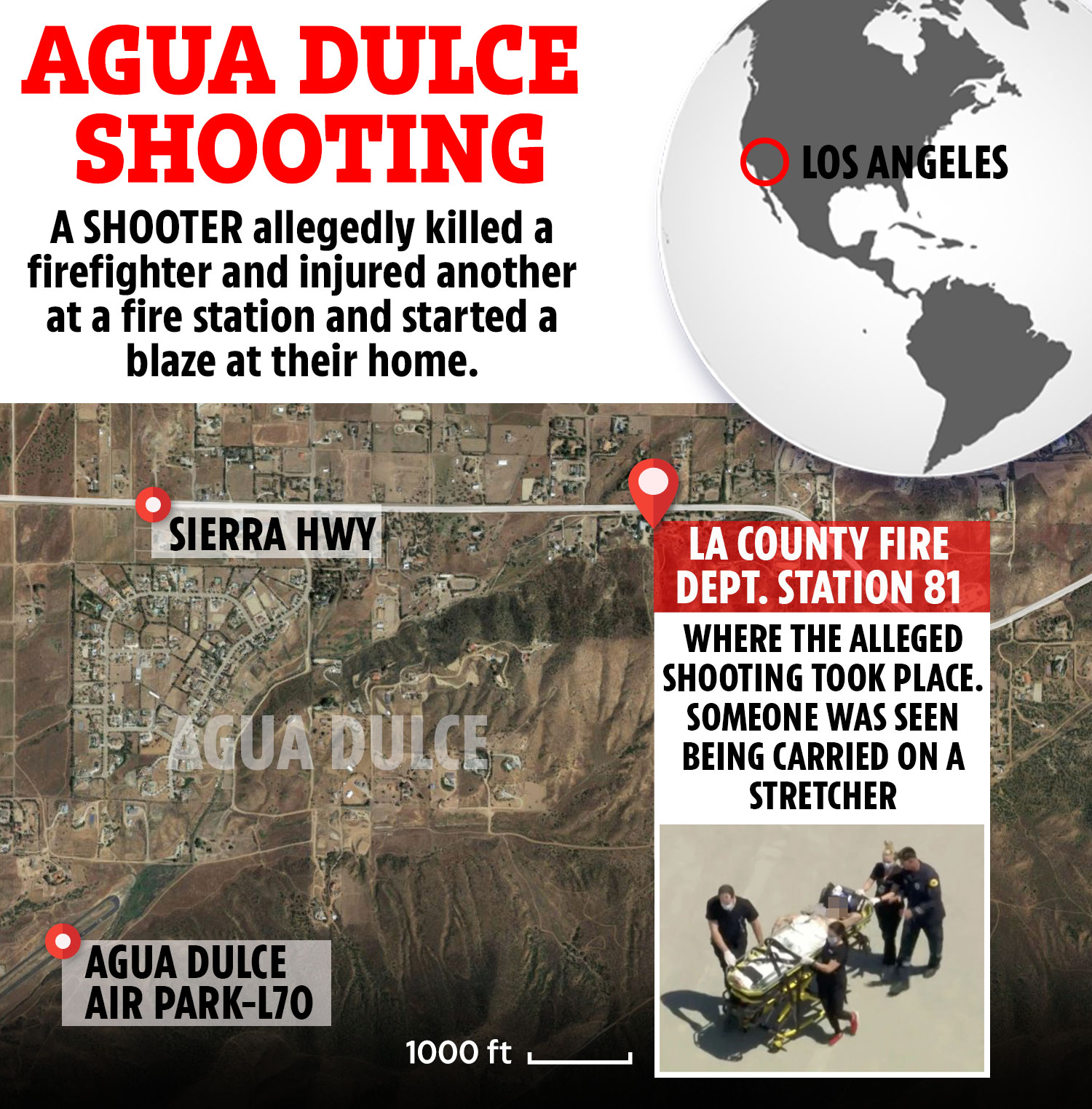 Carlon, who has worked for the fire department for over 20 years, was working alongside a fire captain when an off-duty colleague started shooting.

The fire captain, 54, was rushed to hospital where he underwent surgery and was recovering in critical, but stable, condition.

However, Carlon was reportedly dead on arrival yesterday afternoon.

"He was a brave, committed, loyal member of our department," Fire Chief Darly Osby said. 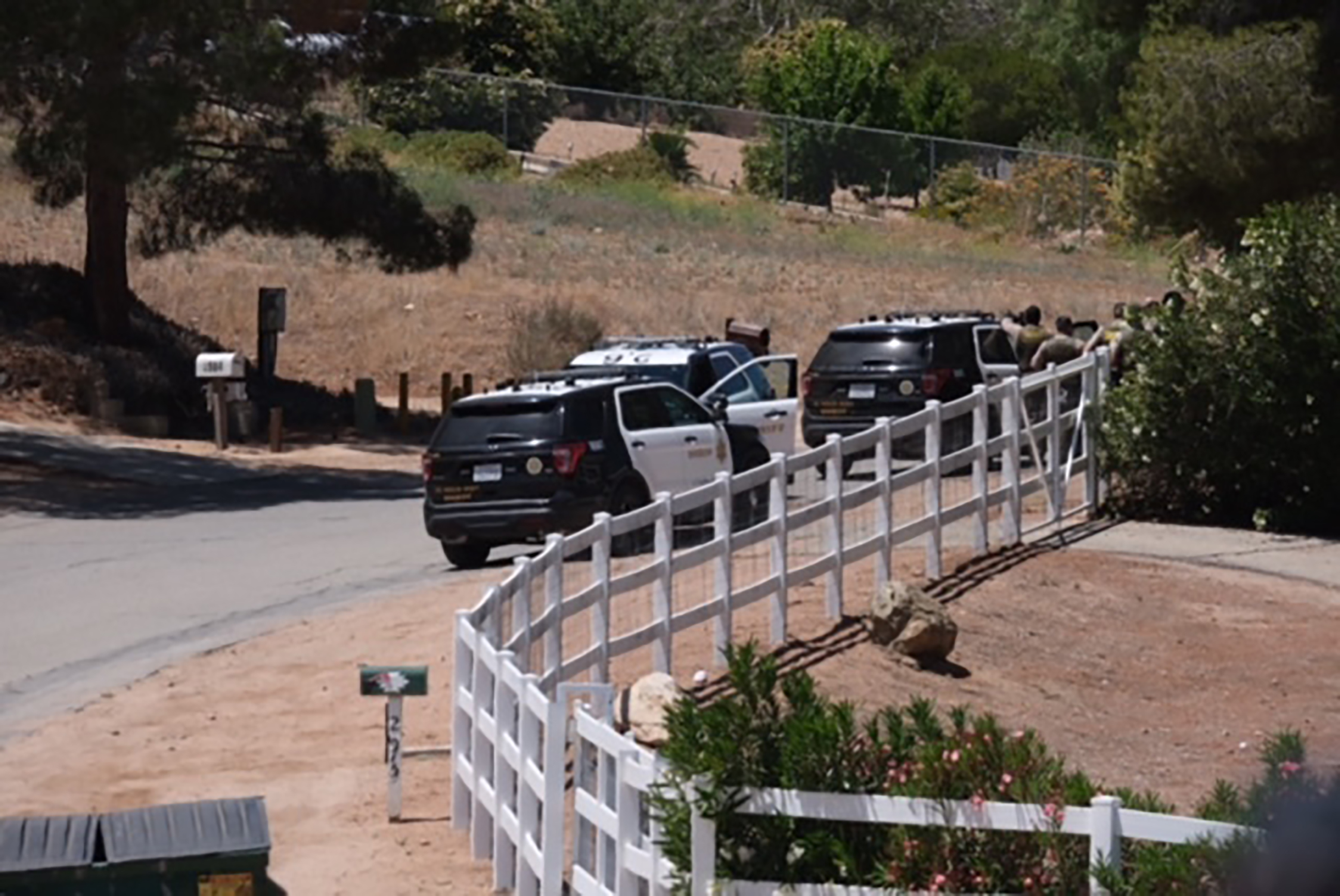 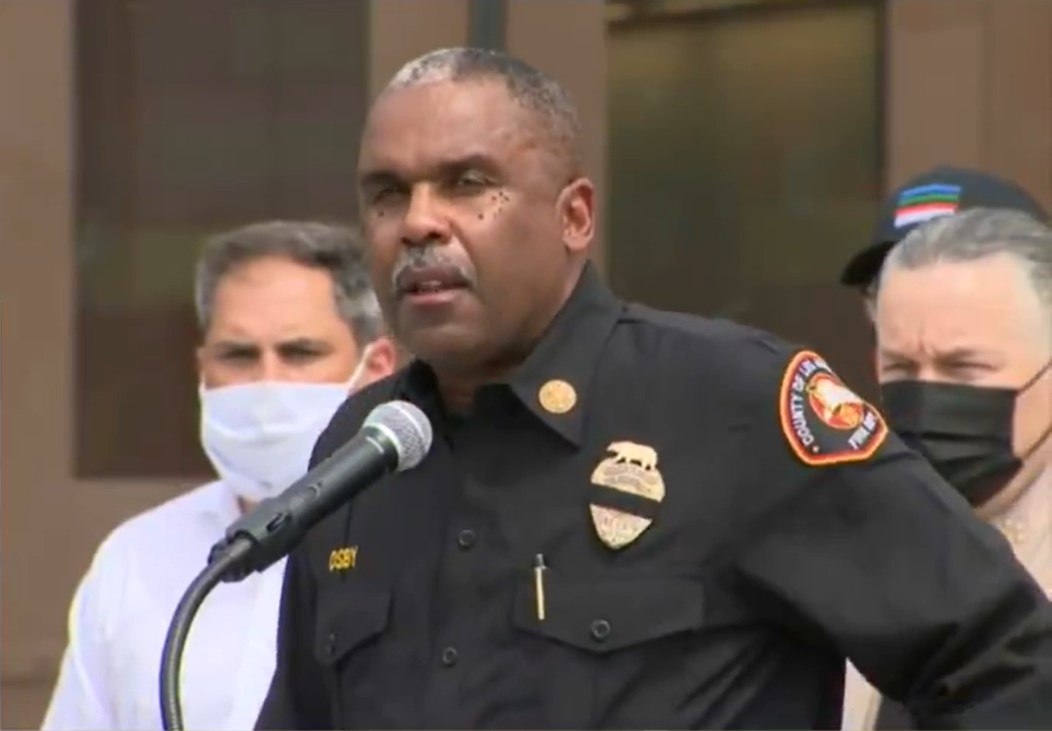 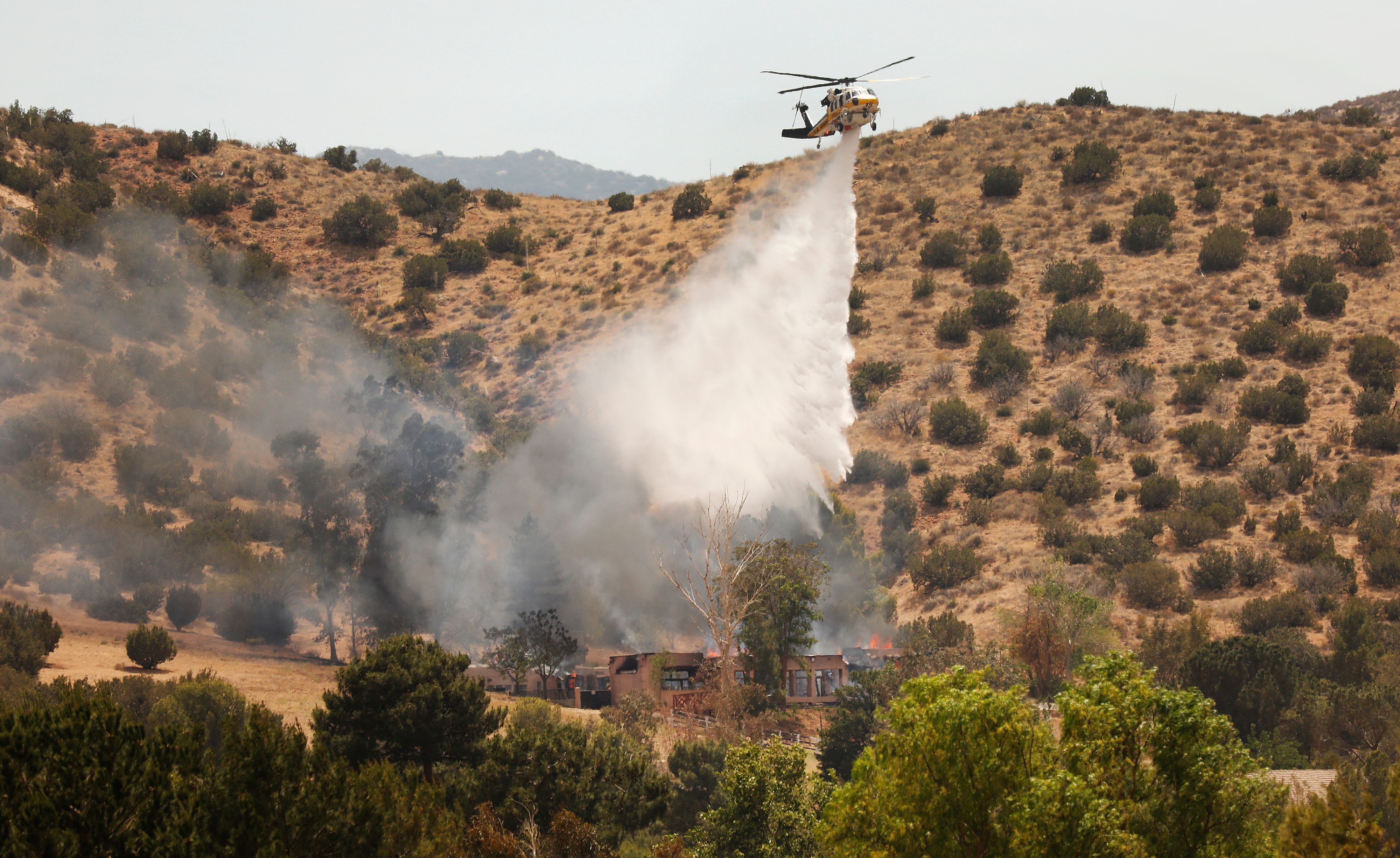 After the attack at Agua Dulce fire station around 11am, the suspect allegedly drove to his own home in nearby Acton where he barricaded himself inside, and set it on fire.

Deputies responding to the fire reportedly gathered outside of the home, not entering due to an apparent threat posed by the suspect.

A body believed to be that of the shooter was later found on the property, though authorities said the remains have not yet been positively identified. 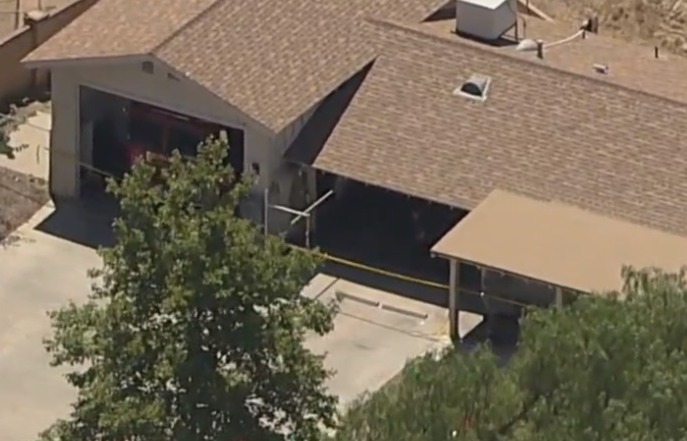 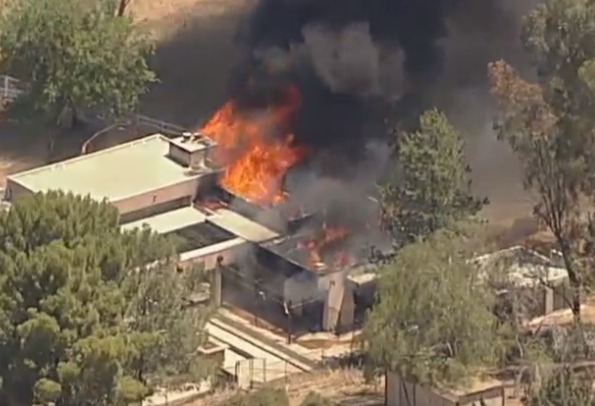 During the conference, authorities confirmed that they were currently interviewing witnesses to get more information about why the gunman would target colleagues.

Shortly after the shooting, local media reported that a raging fire with billowing clouds of smoke could be seen coming from the Acton home, where the body was later recovered.

Officials said the alleged shooter – who reportedly engaged with Los Angeles County Sheriff’s deputies before fleeing inside – is no longer a threat.

The three-bedroom $700,000 property near the hills is owned by a veteran county firefighter, according to property records obtained by the Times.

The Sun contacted the LA County Fire Department for comment this afternoon but a spokesperson said they were "not able to confirm [any details] at this time." 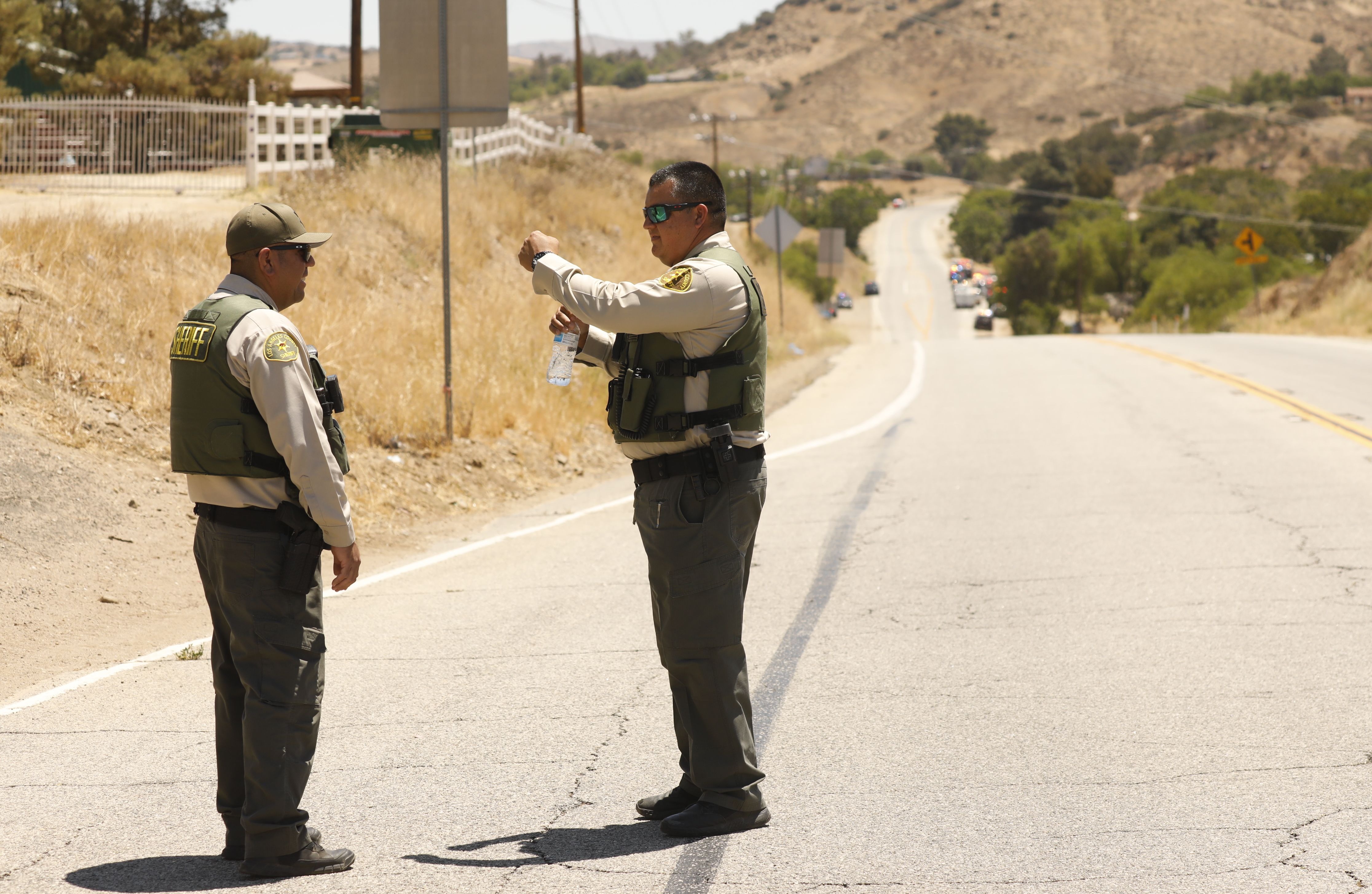 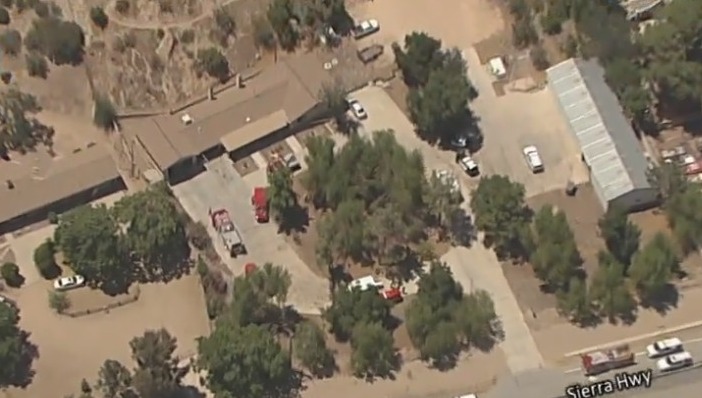 There was a heavy police presence at the scene of the house fire on Tuesday afternoon.

To fight the intense blaze, firefighting helicopters were pictured making a water drop on the home where there are propane tanks to fight the flames.

"It is with heavy hearts that the LACoFD confirms that a tragic shooting occurred at approximately 10:55 a.m. today at FS 81 in Agua Dulce," their Twitter statement read.

"The Dept. is still in the process of gathering additional information & are cooperating with law enf. throughout this ongoing incident."

People were urged to stay away from the area and locals told to take shelter.

Police tape was surrounding the fire station in the Agua Dulce area near Santa Clarita, and police cars and ambulances lined the street outside.

The remote community of about 3,000 people is located in the desert of northern Los Angeles County known for its rock formations and panoramic views. 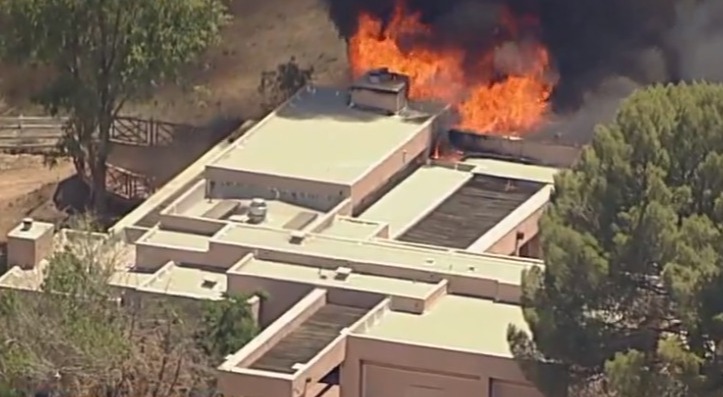