Abusive boyfriend, 33, murdered 18-year-old girlfriend inflicting more than 50 injuries during brutal beating after she was sent snap of another man’s penis 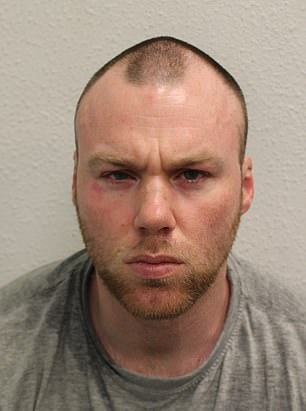 Natasha Hill, 18, suffered a fatal head trauma and more than 50 injuries after a sustained attack from her 33-year-old boyfriend Scott Clifford (police mugshot)

An abusive boyfriend who beat his teenager girlfriend to death after another man sent her a picture of his penis is facing life behind bars.

Natasha Hill, 18, suffered a fatal head trauma and more than 50 injuries after a sustained attack from her 33-year-old boyfriend Scott Clifford.

The pair had been drinking and taking pictures together just hours before Ms Hill’s death in April last year, the jury heard.

Clifford attacked her after he found the penis picture on her phone.

Ms Hill was found cold and unresponsive by paramedics after Clifford had called them to his grandfather’s home in south east London.

He was arrested after the paramedics spotting him trying to wash some of his clothes while they were fighting to save her life.

Giving evidence, Clifford told the jury that he laughed at the picture of the penis in the police station because it was so small.

The court heard Clifford has previous convictions for attacking his girlfriends and jurors took 5 hours and 48 minutes to convict him of murder. 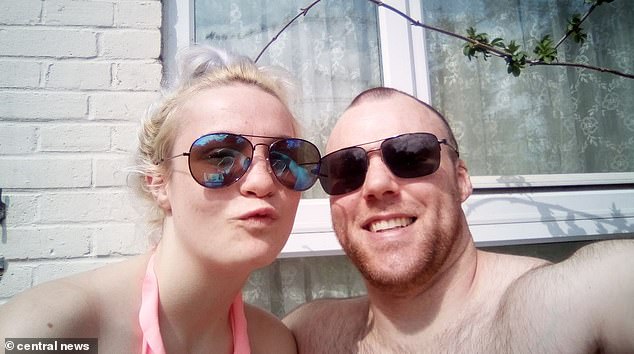 Scott and Natasha pictured together. The court heard that Clifford had previous convictions for attacking his girlfriend

‘It has got to be a life sentence,’ said Judge Jeffrey Pegden, QC.

The court heard the couple met in late 2016 and that Clifford had been living at his grandfather’s old home in Thamesmead, after the elderly family member had been taken to a care home in October 2017.

‘It was a tempestuous, on-and-off relationship, breaking up and then getting back together again,’ said prosecutor Tom Little.

‘She kept coming back to him, despite in fact, previously having been the victim of violence at his own hands, or more accurately to say his fists.’

Mr Little told the jury about two previous incidents where Clifford had attacked the teenager, one in which a witness described the defendant ‘treating her like a rag doll,’ and that the attack was, ‘like something out of American wrestling.’ 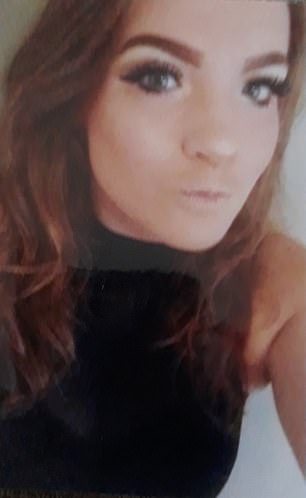 Natasha Hill, 18, (pictured) was found by paramedics on April 15 with blood on her face, and in her hair and mouth. And with swollen and bruised eyes

Mr Little told jurors that the pair had been shopping at Tesco at around midday on 14 April 2018.

They then returned to the two-storey property and spent the afternoon drinking and taking selfies together.

Phone evidence revealed that Ms Hill stopped using her mobile phone at some point that afternoon and the prosecution suggested that the phone was inactive for an unusually long period.

At 4:19am on the morning of 15 April, Clifford called 999 to report that Ms Hill was unresponsive.

He told the operator: ‘She was okay before, she fell over downstairs and then she said, ‘I want to go to bed,’ and she fell down the stairs and I had to lift her back up.

‘I brought her back upstairs and then we went to sleep. She’s not responding, I have tried moving her, I have put her on her side, she’s in the recovery position by she’s now bleeding.

The court heard that paramedics arrived less than 10 minutes after the 999 call but were unable to save her.

Mr Little said: ‘Natasha Hill was found upstairs in the bedroom and was found on the floor besides the bed. She had swollen and bruised eyes, she had blood on her face, in her hair and in her mouth.’

Natasha’s smashed phone was also discovered under the mattress of Clifford’s grandfather’s old bed in the living room.

Detectives found an image that had been sent to Ms Hill’s phone by a man called Alfie Childs.

‘The picture that he sent was a picture of his penis. That fact raises a number of questions, first of all, why on earth did he do that?

‘It is a pretty significant coincidence in this volatile kind of relationship that afternoon, and not long before the mobile phone stops being used by Natasha Hill, that the picture is sent.

‘This is evidence that is of potential importance in this case.’

Mr Little asked: ‘Is there a link between the damage to the phone, the contents of the phone – that photograph, its unusual non-use that afternoon and the death of Natasha Hill?’ 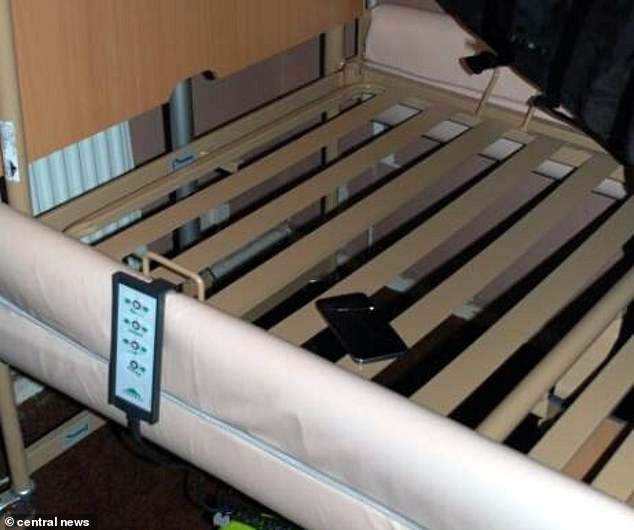 Clifford claimed Ms Hill had fallen down the stairs and that he had put her to bed, only discovering her limp body when he woke up in the night to go to the bathroom.

He said that he had put her to bed between 7pm and 8pm after she told him: ‘I feel sick babe.’

Jurors heard Clifford had previously attacked his ex-girlfriend Michelle Bateman, who he had six children with.

On October 11 2012, Clifford suddenly became violent and viciously beat her after a discussion about Ms Bateman’s ex partner.

A statement from Ms Bateman read in court said: ‘Without warning he came at me punching me in the head.

‘This started with me on my side but I turned over onto my back, Scott jumped on top of me and swung his clenched fists to hit me all over my head.

‘I lost count of the amount of blows.

In court Clifford blamed his violence on his split personality and an alternative persona called ‘Ronnie.’

Clifford, of Thamesmead, south east London, denied but was convicted of a single count of murder.

He will be sentenced on Monday at Southwark Crown Court.