US diplomats in Baghdad hit with pay cut, may be forced to pay some money back 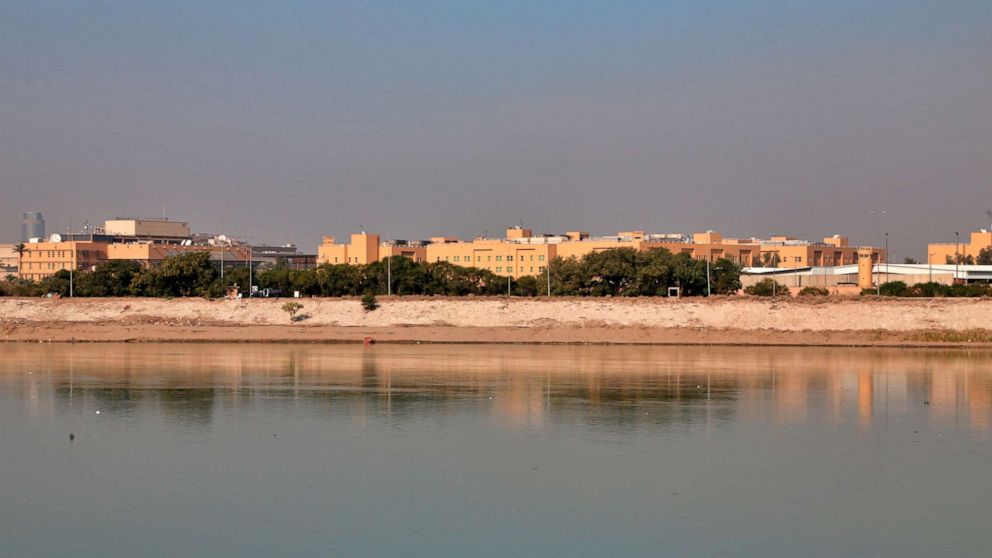 Amid exhaustion and regular rocket attacks, the State Department has been dropping “hardship” pay for U.S. diplomats working at the embassy in Baghdad during the weeks when they take time off to deal with the stress, three sources told ABC News.

The leadership of the embassy and the State Department’s Middle East bureau is urging the agency to change the policy, but as of now, it has been required to not only halt the extra pay, but also potentially require diplomats who took time away to pay back thousands of dollars, the sources said.

“I feel like we’ve been back-stabbed,” said a U.S. official based in the embassy compound. “We call this a special-incentive post for a reason. And that incentive is being taken from us.”

A State Department official declined to address specific questions, but told ABC News in a statement, “We are not going to discuss the details of employee salaries, but we can confirm that our employees continue to receive pay and allowances in accordance with Department of State regulations.”

It is department policy for diplomats to lose their extra “hazard” pay any time they leave a perilous post, including for rest and recuperation, or “R&R.” But because of the risks in Iraq, diplomats there get another financial incentive known as “hardship” pay — funds that the department is now dropping during time off because the embassy is on ordered departure.

Former Secretary of State Mike Pompeo put the U.S. mission in Iraq on ordered departure in March 2020, requiring all but emergency personnel to leave the country. While the coronavirus began to spread across the region, the smaller group of U.S. staff that remained were stretched thin, working longer days and weeks and — as of November — facing a resumption of rocket attacks in Baghdad’s Green Zone.

“It’s intense. Every day, it’s, ‘Are we being attacked?’ or ‘When’s the next attack?'” said the U.S. official in Baghdad.

In a memo dated the beginning of February, they learned they faced another challenge. Because of the ordered departure, embassy staff would lose their hardship pay when they left the country to take time off — and the policy would be retroactive, meaning anyone who’d taken time off in the last year may now have to pay money back, according to three sources.

“They shouldn’t punish people who took leave expecting that they’ll receive those allowances — to say not only you don’t get them, but you actually have to give that money back,” said a senior official from diplomats’ union, the American Foreign Service Association, or AFSA. “This wasn’t some effort on the part of the employees to bilk the system. The department had not clearly messaged that they felt the rules changed.”

For high-risk posts like Baghdad or Kabul, Afghanistan, U.S. diplomats earn 30% more for “hardship” pay and 35% more for “hazard” pay. It’s a policy designed to reward those who take the added risk of serving in such difficult conditions, although if a diplomat leaves the country, even temporarily, they lose that “hazard” pay.

Because of the ordered departure, those in Baghdad are now also losing their “hardship” pay — a cut of 65% in total, that’s worth thousands of dollars over the past year, if not more.

In response, some U.S. officials in Baghdad are choosing not to take “R&R,” even under the exhausting circumstances.

“If you need a break … they’re now attaching a financial penalty to taking that trip and thereby making it a disincentive to take that time off, and that’s not good for our people,” said the senior AFSA official.

While the memo was sent to the embassy last month, it’s unclear when the decision was made and if it was by the Trump or Biden administration. The senior AFSA official told ABC News that senior officials from the embassy and State’s Bureau of Near Eastern Affairs, which oversees the mission in Iraq, have urged the agency to reverse the decision.

While they wait for a response, no diplomat has had to pay back any salary, but those cuts are being implemented for R&R going forward in order to avoid a pay-back scenario. Even if the decision is made to continue paying the hardship pay, it may not be grandfathered — requiring those who took time off to still return some of their salary.

Especially frustrating for some officials is that they believe that Pompeo made the ordered departure decision not strictly over safety, but out of a “political” calculation — to pressure the Iraqi government to curtail ties with Iran and rein in Iranian-backed Shiite militias that have threatened U.S. personnel and facilities in the country.

Last summer, staff had difficulty even leaving Iraq to take time off because most countries in the region had restrictions on travelers due to the coronavirus pandemic — until the State Department worked to make arrangements for folks to travel.

“When you’re serving in a place like that, you’re on top of each other, you’re working far more than eight hours day or five days a week, you’re subject to constant rocket attacks. … People need to be able to get away from all of that for a bit, and it was already hard to get away,” said the senior AFSA official.

The U.S. mission in Iraq was prioritized for vaccinations, receiving some of the initial doses that the State Department was given. By now, according to one official, the embassy’s staffers are all vaccinated.