Trump's adviser to testify about concerns over Ukraine call

WASHINGTON (Reuters) – One of President Donald Trump’s top advisers on European affairs is set to testify on Tuesday that he told a government lawyer about concerns that U.S. national security could be undermined after a phone call between Trump and Ukraine’s president. 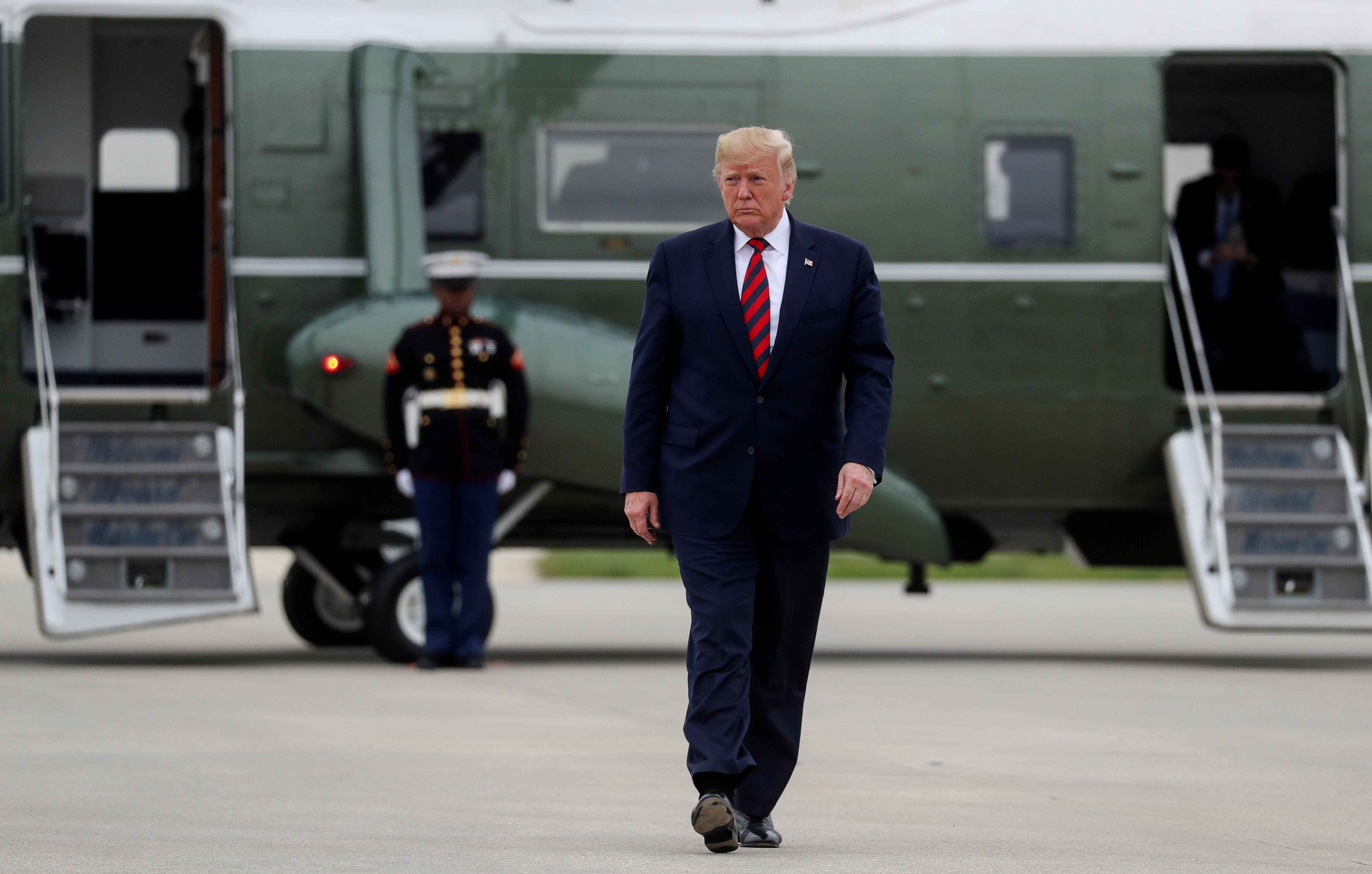 Alexander Vindman, director of European affairs on the National Security Council (NSC), has been called to testify behind closed doors by the House of Representatives Foreign Affairs, Intelligence and Oversight committees.

In his prepared opening statement, Vindman says he listened in on the July 25 phone call in which Trump asked Ukrainian President Volodymyr Zelenskiy to investigate former Vice President Joe Biden, a Democratic political rival, and his son Hunter Biden, who had served on the board of Ukrainian gas company Burisma.

“I was concerned by the call. I did not think it was proper to demand that a foreign government investigate a U.S. citizen, and I was worried about the implications for the U.S. government’s support of Ukraine,” Vindman says.

“I realized that if Ukraine pursued an investigation into the Bidens and Burisma, it would likely be interpreted as a

partisan play which would undoubtedly result in Ukraine losing the bipartisan support it has thus far maintained. This would all undermine U.S. national security,” he says.

After the call, Vindman says, he reported his concerns to the NSC’s lead counsel.

Vindman says the importance of Ukraine launching an investigation into the Bidens and Burisma was also emphasized by U.S. Ambassador to the European Union Gordon Sondland in a meeting after a visit by a Ukrainian security official to Washington on July 10.

“I stated to Amb. Sondland that his statements were inappropriate, that the request to investigate Biden and his son

had nothing to do with national security,” Vindman says.

Vindman says he became aware of a shadow Ukraine policy promoted by “outside influencers” in the spring of 2019.

Trump made his request to Zelenskiy after withholding $391 million in security aid approved by the U.S. Congress to help fight Russian-backed separatists in eastern Ukraine.

Federal law prohibits candidates from accepting foreign help in an election. Biden is a leading candidate for the Democratic presidential nomination to face Trump in the 2020 election.

Trump, a Republican, denies any wrongdoing and says his call with Zelenskiy was “perfect.”

Republicans have criticized Democrats for holding weeks of hearings on Trump’s dealings with Ukraine behind closed doors and have blasted House Speaker Nancy Pelosi for launching a formal impeachment inquiry last month without getting authorization through a vote of the full House.

On Monday, Pelosi said the House will vote this week on procedures for moving into the public phase of the impeachment inquiry.

House Intelligence Committee Chairman Adam Schiff told reporters that his panel will conduct the public hearings and that he hoped to hear testimony from the State Department, the NSC, Defense Department officials and others. No timetable was given.

Later this week, the committees are to interview more administration officials in closed-door testimony. Kathryn Wheelberger, acting assistant secretary of defense for international security affairs, and two State Department officials who are experts on Ukraine, Catherine Croft and Christopher Anderson, were slated on Wednesday.

On Thursday, Timothy Morrison, another NSC staff member, is due to appear. He was on a July 25 call Trump held with Zelenskiy that is at the center of Congress’ probe. William Taylor, the top U.S. diplomat in Ukraine, mentioned Morrison 15 times in his opening statement to investigators, which is considered the most damning to date.