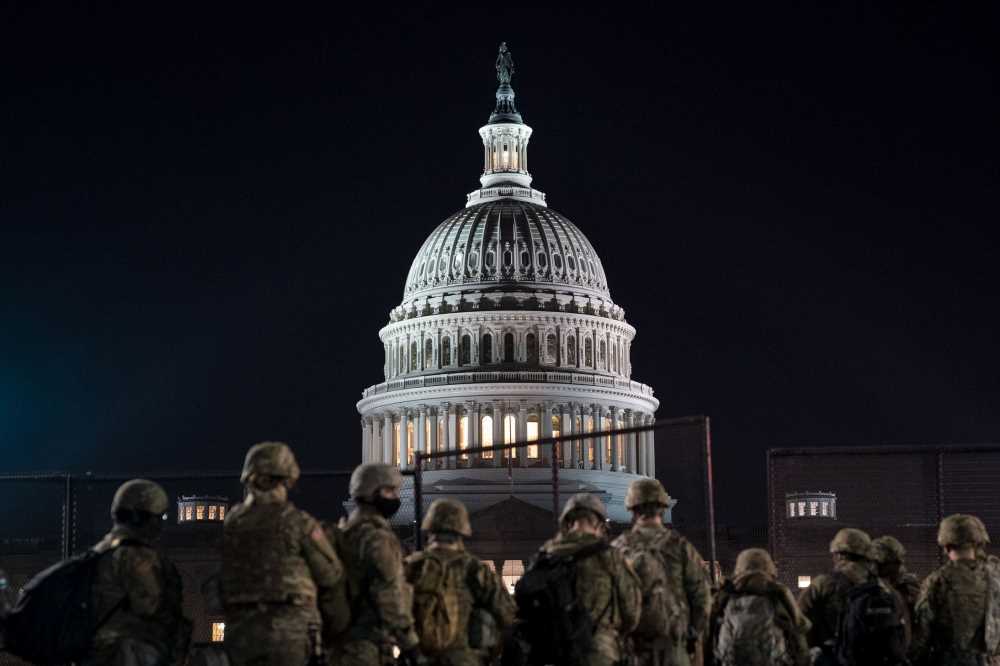 WASHINGTON — With an impeachment vote Wednesday, Republicans stand on the brink of a historic decision over whether to punish or protect a president who many say incited a deadly mob to overrun the U.S. Capitol in a push to overturn the election result.

The decision could define the party and shape American democracy for generations to come.

A handful of House Republicans have endorsed impeachment, most notably the third-ranking Rep. Liz Cheney, of Wyoming, who said President Donald Trump “lit the flame of this attack” and who accused him of an unprecedented “betrayal” of his oath to the Constitution.

Others Republicans who announced support for impeachment Tuesday were Reps. John Katko of New York, Adam Kinzinger of Illinois, Fred Upton of Michigan and Jaime Herrera Beutler of Washington. The impeachment measure is likely to sail through the Democratic-led House, with or without Republican support.

What happens after that is unclear. The Senate requires a two-thirds majority to convict a president, which will mean at least 17 Republicans would need to join Democrats if the vote is taken after Jan. 20. That’s a tall order.

The judgment of history looms. And for some who want to make a break from Trump and chart a new path for the Republican Party, time is running short.

“It sure seems like the last best chance to stand up to the guy while it still matters,” said Liam Donovan, a lobbyist and former GOP campaign operative. “Republicans can speak up now or they can follow the path of least resistance, but at some point there will be a reckoning, and it will come at a political cost.”

The political calculation is complicated for GOP lawmakers as core voters in the party have latched on to Trump’s groundless claims of mass fraud in the 2020 election and continue to support him.

The outcome may center on Senate Majority Leader Mitch McConnell, R-Ky., a Trump ally who broke with him on Jan. 6 when making an impassioned plea to affirm President-elect Joe Biden’s victory. But McConnell’s intentions aren’t clear. His office had no comment Tuesday on impeachment.

Others say his position could determine the outcome.

“I think if McConnell supports conviction in the Senate then the votes will be there to convict the president,” said a senior Republican aide, who requested anonymity to speak candidly.

“The political calculus is impossible for members to ignore, but if ever there was a time, it’s now,” said Rory Cooper, a consultant and former House GOP leadership aide who is critical of Trump.

“The public’s reaction to the Capitol attack is nearly universally negative according to polling done since, so attaching your condemnation to those events and those events only probably softens political blowback and gives members some shielding,” he said. “Elections aren’t for two years and so the electoral risk is low today and grows exponentially.”

The House voted Tuesday to pass a measure calling on Vice President Mike Pence to invoke the 25th Amendment and remove Trump, along with a majority of the Cabinet, by declaring him unfit to serve. It was a symbolic vote with no practical impact as Pence made clear earlier Tuesday he would not do that, and Congress lacks the authority to compel him.

Many Republicans rose to Trump’s defense during the debate Tuesday night, accusing Democrats of being divisive.

“Why are the Democrats stoking the fire instead of dousing the flames?” asked Rep. Andy Biggs, R-Ariz., who recently supported the effort to overturn the election result by voting against counting electoral votes from Arizona and Pennsylvania.

The 25th Amendment measure was just a prelude to the main event on Wednesday, when the House is slated to vote on an article of impeachment charging the president with “Incitement of Insurrection.”

If it convicts Trump, the Senate also has the power to bar him from holding office again, a move that could instantly change the shape of the 2024 primary and make way for a new kind of GOP leader. That may not be what Republican voters want, but it has some appeal among lawmakers.

“I think there is a sizeable majority in both chambers that desires an outcome where Trump cannot run for public office again,” Cooper said.