Tony Blair told to turn down knighthood: ‘He would if he had a shred of dignity’ 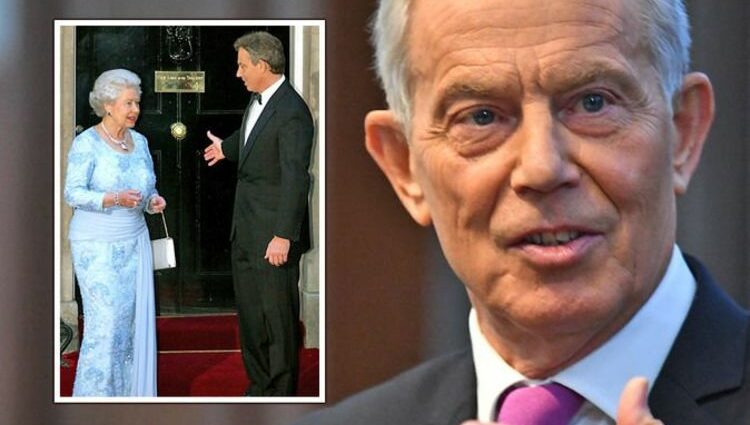 Over half a million people voiced their opposition to the honour in a circulating petition overnight, calling on the Government to pull back the knighthood bestowed on Sir Tony. The former Prime Minister and trailblazer of ‘New Labour’ was defended on Tuesday by current Labour leader, Sir Keir Starmer, who rebuked claims that the former leader did not deserve the honour.

The ex-PM, who was in office for a decade, received the knighthood in the New Year honour’s list.

Sir Keir told ITV’s Good Morning Britain: “I don’t think it’s thorny at all. I think he deserves the honour.

“Obviously, I respect the fact that people have different views.”

Bestowing the knighthood on Mr Blair has proved divisive after his premiership became mired in controversy.

He was the Prime Minister who gained acclaim for his handling of conflict in Kosovo and Sierra Leone, but was condemned in public opinion by his decision to push forward with a war in Iraq.

The military intervention had been justified by the UK and the US by reports of weapons of mass destruction, which were then not found – this discredited the Prime Minister in the eyes of many domestically and internationally.

Sir Keir said: “I understand there are strong views on the Iraq War.

“There were back at the time and there still are, but that does not detract from the fact that Tony Blair was a very successful prime minister of this country and made a huge difference to the lives of millions of people in this country.”

Daily Mail columnist Andrew Pierce did not agree, writing that, “given the greed, vanity and folly that taints his true legacy, if Blair had a shred of honour he would have rejected it to avoid exposing Her Majesty to the controversy that would inevitably follow”.

Knighthoods are often given to former Prime Ministers, and bestowed by the Queen.

Mr Pierce zeroed in on the Iraq War and the scars it left on the UK after the invasion, which was deeply unpopular even before it was given the go-ahead.

He wrote: “Nothing remains a bigger stain on Blair’s reputation than the war in Iraq, a war in which 179 British military personnel lost their lives, hundreds more suffered life-changing injuries and more than 200,000 civilians are estimated to have died.

“It cost us a great deal in treasure as well as blood – the total cost of the UK’s military operations is estimated to have been more than £8billion.”

He added: “The conclusions of the Chilcot report into the war were devastating for Blair, effectively accusing him of being a liar and a warmonger.

“The 2.6 million word report concluded: ‘The UK chose to join the invasion of Iraq before the peaceful options for disarmament had been exhausted. Military action at that time was not a last resort.

“The judgments about the severity of the threat posed by Iraq’s weapons of mass destruction – WMD – were presented with a certainty that was not justified.

“The planning and preparations for Iraq after Saddam Hussein were wholly inadequate.”

He conceded the positive changes which Blair is credited with making, as brought up by Sir Keir, but concludes that they were entirely eclipsed by the Iraq War.

He wrote: “Of course Blair’s tenure was not without its achievements – the Good Friday Agreement in Northern Ireland, independence for the Bank of England and civil partnerships.

“But they are buried deep by the Iraq War, the compromising of the civil service, the dodgy donations in office and the dirty deals with dictators after it.”