U.S. Ambassador to the United Kingdom Woody Johnson made “inappropriate or insensitive remarks” during his time as a diplomat, according to the conclusions by the State Department’s independent watchdog, which recommended additional investigation by the agency.

The report on the London Embassy, which looked at “executive direction, policy and program implementation, resource management, and information management operations” at the embassy, found that some staff were “impacted” by what it described as Johnson’s “hard driving work style” and that it had a negative impact on morale in some areas of the embassy.

It also found that his leadership style “ did not always model the Department’s leadership and management principles” as laid out in department guidelines.

"For example, some embassy staff told OIG that when the Ambassador was frustrated with what he interpreted to be excessive staff caution or resistance to suggestions about which he felt strongly, he sometimes questioned their intentions or implied that he might have them replaced. This caused staff to grow wary of providing him with their best judgment," the report says.

It also learned from interviews and questionnaires with employees that Johnson, who was appointed to the position in 2017, “sometimes made inappropriate or insensitive comments on topics generally considered Equal Employment Opportunity (EEO)-sensitive, such as religion, sex, or color.”

It did not go into detail about what the alleged remarks were, but said that “a more thorough review by the department is warranted.” Specifically, it recommended the department assess Johnson’s compliance with the department’s Equal Opportunity or leadership policies and take appropriate action.

Two U.S. officials had told the Associated Press that they had witnessed or were aware of behavior by Johnson that colleagues had found to be bullying or demeaning.

TOP AMERICAN DIPLOMAT IN UK HAS SUPPORT FROM STATE DEPARTMENT AMID REPORTS HE MADE 'SEXIST, RACIST' REMARKS

The officials said that Johnson had questioned the need for events marking Black History Month and had hosted embassy events at a private men-only London club against the advice of embassy colleagues and made disparaging remarks about women's appearances. 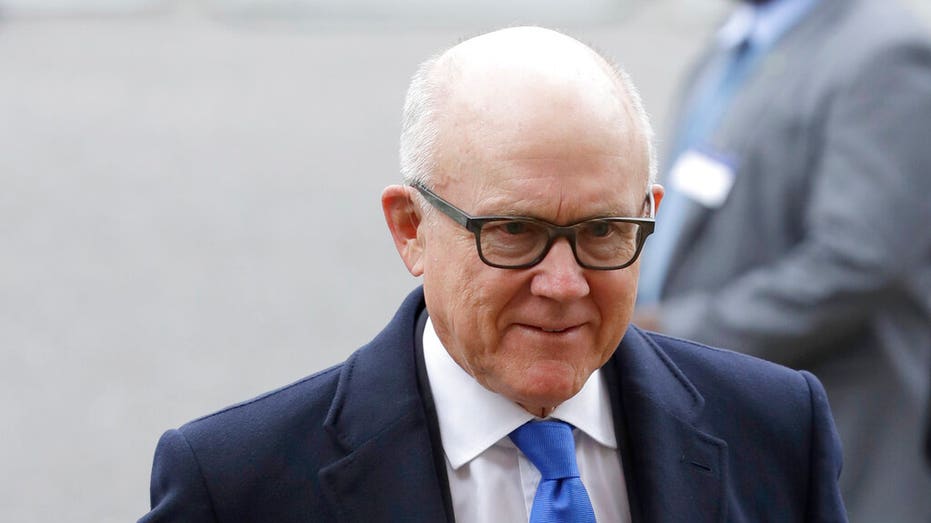 In his response to the IG, he denied the accusations included in the report, saying he had “respected both the law and the spirit of EEO principles and have ensured that all employees under my direction do the same.

“If I have unintentionally offended anyone in the execution of my duties, I deeply regret that, but I do not accept that I have treated employees with disrespect or discriminated in any way,” he said.

He had also requested the IG consider the absence of any complaints against him, as well as the “generally positive tone” of the report at large before including the recommendation in the report.

In response to the report, the Bureau of European and Eurasian Affairs said that Johnson had also viewed a video on workplace harassment, and had instructed other agency heads to do the same.

“Ambassador Johnson is well aware of his responsibility to set the right tone for his mission and we believe his actions demonstrate that,” it said, adding that it did not believe a formal assessment was required, instead proposing additional awareness training.

The report did not address a claim that Johnson tried to intervene with British government officials at the president’s request to steer the British Open golf tournament to Trump's Turnberry resort in Scotland. However, CNN reported that a separate report was being produced on that claim.