Rudy Giuliani called an Arizona county official after the presidential election last year to discuss getting challenges to Joe Biden’s win “fixed up,” the Arizona Republic revealed on Sunday.

“Bill, it’s Rudy Giuliani, President Trump’s lawyer,” Giuliani said in a message left on Gates’ phone that was obtained by the newspaper. “If you get a chance, would you please give me a call? I have a few things I’d like to talk over with you. Maybe we can get this thing fixed up. You know, I really think it’s a shame that Republicans sort of are both in this, kind of, situation. And I think there may be a nice way to resolve this for everybody.” 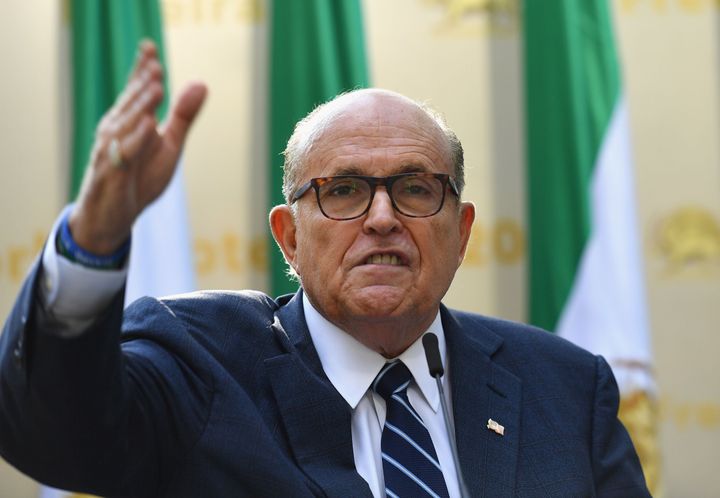 At the time the Republican-dominated state Senate was challenging Trump’s loss in Maricopa County.

Giuliani’s reference to resolving “this for everybody” could have involved a push for a Trump victory. Earlier this month, Trump indicated to Mar-a-Lago guests that he “wouldn’t be surprised” if “thousands and thousands and thousands of votes” were suddenly found for him during the current recount in Maricopa County.

Gates told the Republic that he never returned Giuliani’s call.

Trump phoned Georgia Secretary of State Brad Raffensperger (R) in early January to tell him to “find” enough votes to give his campaign a victory in that state even after the vote for Biden was confirmed. That call, which was also recorded, sparked an investigation by Fulton County District Attorney Fani Willis into possible illegal election tampering.

Gates is one of four Republicans on the five-member Board of Supervisors of Maricopa County, which is the scene of a controversial recount that is being conducted by a Trump-supporting, right-wing conspiracy theorist. One of the auditors is a former state legislator who attended the U.S. Capitol riot and whose own name appears on the ballots he’s examining as a failed candidate and an elector for Trump.

Gates, a life-long Republican, wrote in an op-ed in the Republic earlier this month that he fears his party is being taken over by “conspiracy enablers whose primary purpose is to promote the ‘Big Lie’ about the 2020 election.”

“If we encourage this madness much longer – we will lose credibility with the majority of Americans on issues where I believe we have better ideas. We will do lasting damage to our republic,” Gates wrote.