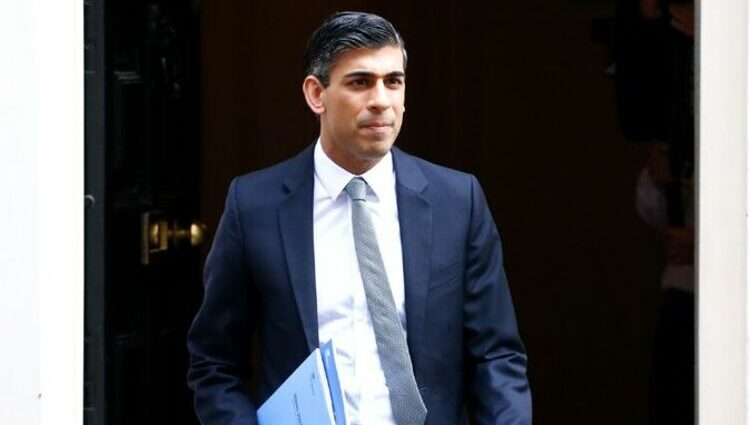 Removal vans were seen outside Downing Street, to move the family’s belongings back to these home in Kensington. Mr Sunak is expected to spend the weekends with his family in their west London home, but return to Downing Street in the week. Allies of the chancellor have said the move was planned in order to be closer to their elder daughter’s primary school before she goes to boarding school next year.

Nevertheless, the move comes amid mounting criticism of the chancellor and his family over his wife’s tax status.

Last week, it was revealed that his wife, Akshata Murthy, claims non-domicile status on her tax.

This allows her to save millions of pounds in tax on dividends collected from her family’s IT services company Infosys, which operates out of India.

She reportedly receives about £11.5million per year in dividends, on which she does not have to pay tax as it is an overseas company.

While non-dom status is entirely legal, it is optional.

A spokeswoman for Ms Murthy said: “Akshata Murthy is a citizen of India, the country of her birth and parents’ home.

“India does not allow its citizens to hold the citizenship of another country simultaneously.

“So, according to British law, Ms Murthy is treated as non-domiciled for UK tax purposes.

“She has always and will continue to pay UK taxes on all her UK income.”

Sources quoted by The Times said Mr Sunak was thinking about quitting his job over the controversy, saying: “He was considering whether he could withstand his family taking this anymore”.

But when news agency Reuters followed up on this story, a source “familiar with the situation” denied the claim.

Over the weekend, Ms Murthy announced she would give up her right to pay only “international tax” on her foreign income.

She said her tax arrangements were “entirely legal” but added: “It has become clear that many do not feel it is compatible with my husband’s role as Chancellor.”

Earlier this week, it emerged that Mr Sunak had donated more than £100,000 to his former private school, Winchester College.

He was also found to have been “declared a permanent US resident”, while in his role as Chancellor of the UK.

Mr Sunak and his wife held green cards until more than a year into his chancellorship.

Holders of a US green card are required to file US tax returns on their worldwide income and also to make a legal commitment to “make the US your permanent home”.

The controversy has caused Mr Sunak’s approval ratings to plummet, with a new Opinium poll for the Observer putting his approval score at -15.

This makes him only marginally more popular than Boris Johnson.

Meanwhile, Conservative Home’s most recent “cabinet league table”, based on a poll of party members in March 2022, saw Mr Sunak drop to become one of the least popular members of the cabinet – ranked at third from the bottom.

This time last year, in March 2021, Mr Sunak was second from the top in the same league table.