Rep. Alexandria Ocasio-Cortez Says She Thought She ‘Was Going to Die’ During Insurrection at the Capitol 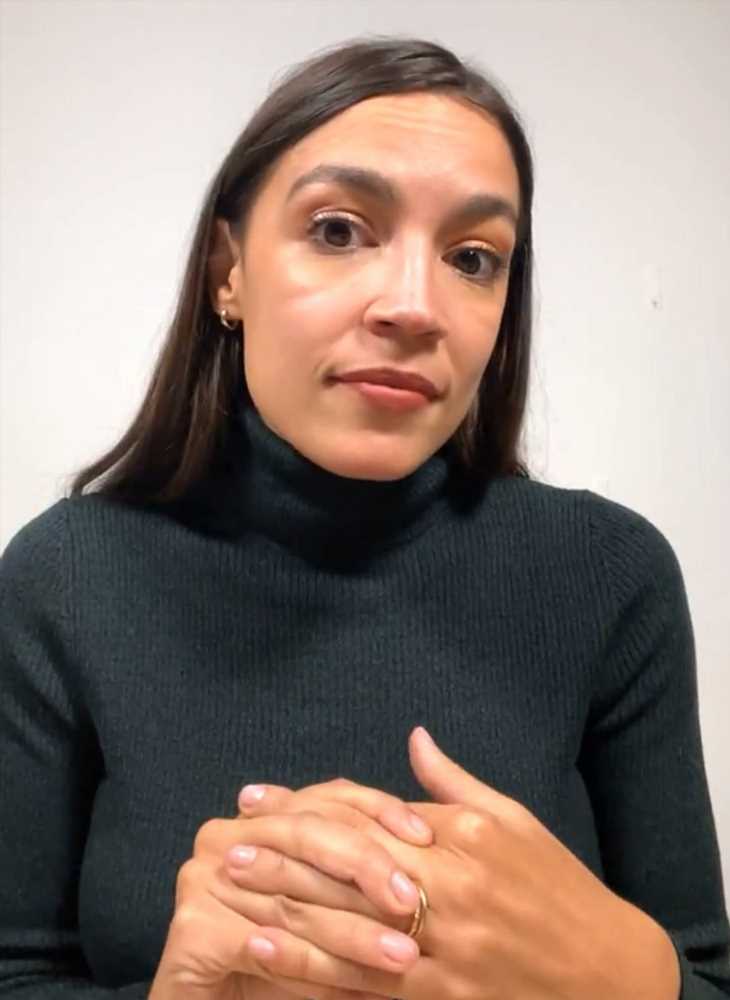 Rep. Alexandria Ocasio-Cortez is speaking out about the "incredibly violent, traumatizing" scene she witnessed at the U.S. Capitol building last Wednesday, as riots broke out following an "active insurrection" attempt incited by President Donald Trump.

Calling the president "a traitor to the United States" near the beginning of her hour-long Instagram Live session on Tuesday night, the New York congresswoman said she experienced a "very close encounter" during the riots, where she thought she "was going to die."

"You have all of those thoughts where, at the end of your life, and all of these thoughts come rushing to you. And that's what happened to a lot of us on Wednesday," said Ocasio-Cortez, 31. "I did not know if I was going to make it to the end of that day alive."

According to Ocasio-Cortez, "many members of Congress" and "many Congressional staffers were almost killed."

"Many children of members of Congress were there," as well, she said, including the daughters of Rep. Jamie Raskin, who announced the tragic loss of his 25-year-old son Tommy just days before the Capitol riots.

"And [Raskin's daughters] nearly lost their lives, too," Ocasio-Cortez said.

Never miss a story — sign up for PEOPLE's free daily newsletter to stay up-to-date on the best of what PEOPLE has to offer, from juicy celebrity news to compelling human interest stories.

While she couldn't disclose all the details of what happened due to security reasons, Ocasio-Cortez said she feared certain members of Congress, whom she called white supremacists, would reveal her location to rioters.

She also accused Republican lawmakers of "playing to cameras," saying they "don't care about being a damn legislature to serve the U.S. … because if they cared, they would have certified our Democratic elections."

She also called on Sen. Ted Cruz and Sen. Josh Hawley to "get out" of Congress, specifically calling out Hawley for fist-pumping the rioters.

To those Congress members who supported an overturn of the election that saw Joe Biden defeat Trump, 74, Ocasio-Cortez called for their resignations, alleging that "they would rather cling to power instead of respect our democracy."

Trump's supporters marched to the Capitol on the president's encouragement last Wednesday following a rally, eventually breaching its doors and causing the evacuation of lawmakers and Vice President Mike Pence as the rioters ransacked offices and became increasingly violent, even beating a police officer.

More than an hour after the rioting began, Trump shared a video addressing the mob, in which he also told his supporters, "We love you. You're very special. Go home."

The president took no responsibility for his role in inciting the attempted coup, telling reporters on Tuesday that his speech to his group of supporters — in which he told them to march to the Capitol and "fight like hell" — was "totally appropriate."

Instead, Trump said the "real problem" was with politicians who spoke about last summer's "horrible riots," a reference to the Black Lives Matter protests held in the wake of a slew of widely reported police-involved shootings of unarmed Black people. The House of Representatives passed a resolution Tuesday evening calling on Pence, 61, to invoke the 25th Amendment — but the vice president had already sent a letter to Speaker Nancy Pelosi saying that he will not do so.

That night, the House ultimately voted in favor of the resolution largely down party lines, with 223 yeas to 205 nays. (Illinois Rep. Adam Kinzinger was the sole Republican to vote in favor, while five other reps did not vote.)

On Monday, House Democrats formally introduced one article of impeachment against Trump, charging him with "incitement of insurrection" after the failed coup attempt last week that left five people dead.

Several Republican representatives have said they will vote in favor of impeachment — including Kinzinger, 42 — when the House votes on Wednesday.