Freedom of assembly is a right guaranteed by the U.S. Constitution. But after more than four months of nightly rioting in Portland, Ore., some leaders – including the head of the city’s police union — are proposing modifications for the First Amendment right.

Earlier this week, a proposal called “Protect Free Speech and Safe Streets,” was submitted to the Oregon secretary of state for ballot consideration, according to OregonLive.com. If approved, the state’s voters would weigh in on the measure in 2022.

Among other proposals, the plan calls for a 10 p.m. noise reduction requirement for any First Amendment-protected gatherings located within a quarter-mile of homes, and a midnight noise limit for assemblies held elsewhere, the report said.

The nightly riots in Portland have included vandalism outside courthouses, police stations and other government buildings, as well as outside the home of the city’s mayor.

Backers of the proposal include Daryl Turner, president of the Portland Police Association, and Anil Karia, the police union’s lawyer.

Last week, Turner appeared on Fox News’ “The Story” with Martha MacCallum and spoke about the impact of nightly riots on Oregon’s largest city – including his assertion that the “Defund the police” movement is a “political stunt.” 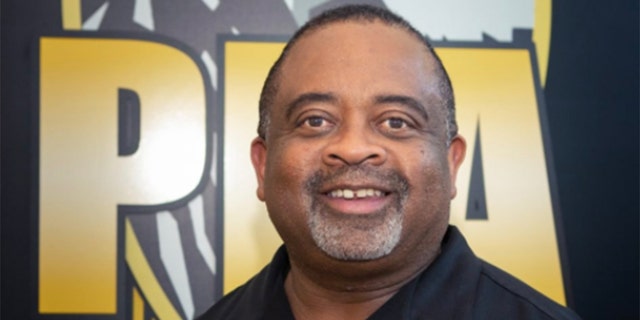 Turner also claimed that Portland Mayor Ted Wheeler has realized that defund the police “was a mistake.”

Since the city of Portland disbanded its gun violence reduction team July 1, shootings have increased and homicide hit a 30-year high. One shooting death occurred in late August, when a supporter of the conservative group Patriot Prayer was fatally shot by a backer of the far-left Antifa movement, who was killed days later in a shootout with law enforcement, authorities have said.

The assembly-limit proposals submitted Monday also call for fees and permits to be required for gatherings declared to be legal and for law enforcement officers to display identification while interacting with protest participants, OregonLive.com reported. The latter is a response to allegations earlier this year that officers with no names or agency markings on their uniforms were using force against rioters, the report said.

The plan also would set policies for the type of munitions allowed to be used against rioters and specific rules for when an assembly would be declared unlawful, the report said.

The proposal also says that those adversely affected by a municipality’s failure to enforce the limits would be entitled to monetary compensation.