‘People could have been killed!’ Furious BBC R5 caller erupts at Colston 4 letting off 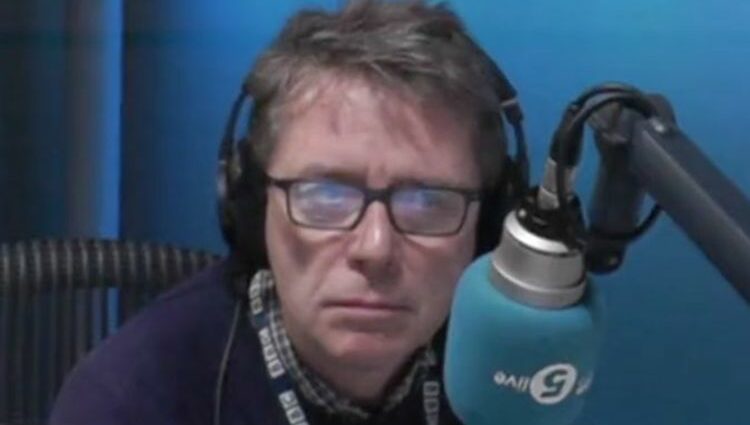 BBC Radio 5 Live host Nicky Campbell has heard from a caller in Bristol who fears the toppling of the Sir Edward Colston statue during a Black Lives Matter protest last Summer could have killed someone. Auriol argued the manner in which the statue of the slaver was torn down had been dangerous and stressed: “there are always modern-day more important things to be dealing with.”

Auriol told BBC Radio 5 Live: I have been into the site where the plinth is now empty and I’ve seen the whole situation, I haven’t seen the statue myself but I’ve seen that situation.

“It was extremely dangerous people could have been killed doing that.

She continued: “I’m not aware that there was a particularly visit for us campaign beforehand.

“I think there was some mention of it but I’m not particularly aware that they campaigned for years to do this to get rid of the statue.

” I think they should have stood for the local council on a ticket to remove the statue.

“And the other thing is I’ve been in because I’m on a church committee where contested heritage has been discussed.

“Its heritage is old, it’s slow.

Bristol statue: Councillor says 'I would have apologised as a city’

She added: So I will be honest with you. There are always modern-day more important things to be dealing with the What happened 300 years ago, rightly or wrongly, and the slave trade was very wrong I  can tell you about it if you like.

“But that there are always more important problems with the hear and now.”

On Thursday, Conservative commentator Andrew Pierce told Jeremy Vine that the decision to let off the Colston four meant the UK’s rules-based system of law had been replaced by one govern by “values.”

Mr Pierce told Jeremy Vine: “We’ve got a system in this country it used to be a rules-based system of law.

“In other words, the law can be bent depending on the values of the people who choose to break it.