Sexual abuse survivors of former Ohio State University athletic trainer Dr. Richard Strauss are demanding action from the school after it released the conclusions of an independent yearlong investigation on Friday.

“As traumatic as it is to relive Dr. Strauss’ abuse this week, I am also traumatized by the dismissive way that OSU continues to treat me and other survivors to this day,” Steve Snyder-Hill, former OSU graduate and survivor, said in a statement to HuffPost.

“This report still doesn’t tell us how many students Dr. Strauss abused, exactly who in the Athletic Department and the broader administration knew about his abuse, or what OSU is doing to make sure this can never happen again,” he continued. “The school likes to say that this is ‘a different OSU’ but, until it makes clear and accepts responsibility for the full scope of what happened and how, there is no reason to believe that.”

Adele Kimmel, an attorney who represents 60 of the nearly 200 public victims, told reporters during a Tuesday call that the report reflects just how badly the university failed its students.

“Scores of Ohio State employees knew about Strauss’ abuse and did nothing to stop it,” she said. “Parents have come to expect that if a sexual predator like Strauss moved in next door to their home, authorities would alert them to that situation. In stark contrast, Ohio State essentially rolled out the welcome mat for Strauss and gave him a platform to advertise for his next victims when the university knew he was sexually abusing young men.”

The report, conducted by the law firm Perkins Coie, found that Strauss sexually abused at least 177 students over the course of his two-decade career at Ohio State. The investigation also concluded that university employees were aware of complaints and rumors about Strauss’ conduct as early as 1979 but did not take action.

Strauss served as Ohio State’s clinical and medical faculty member from 1978 to 1998. During that time he also served as the athletics team physician from 1981-1995, having access to more than 16 sports teams. He is accused of sexually abusing at least 177 male students during his tenure at Ohio State.

Strauss died by suicide in 2005, but the investigation into his alleged actions is ongoing. 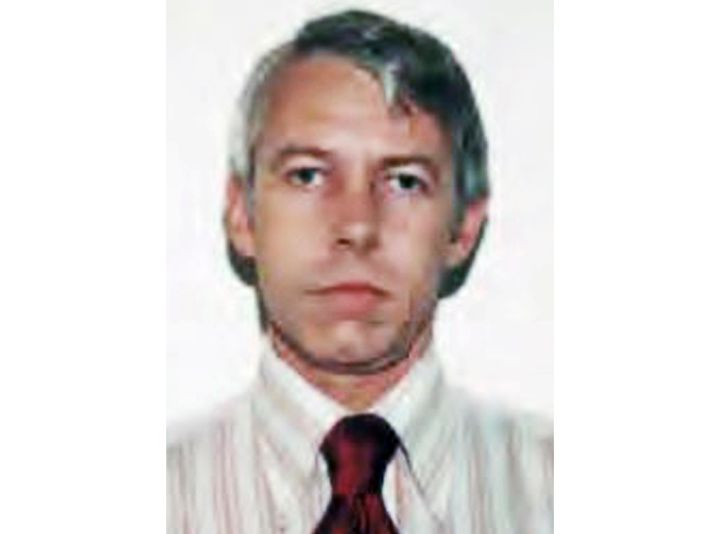 Snyder-Hill and fellow survivor Ron McDaniel, along with their attorneys, agreed that the recent report published by OSU lacked transparency and action. “This report is kind of a joke,” McDaniel said.

With the support of 60 other victims of Strauss, McDaniel and Snyder-Hill called for OSU to meet five demands including that the school release records revealing the total number of male students Strauss examined during his time at OSU. Survivors also demanded that OSU publicly encourage all victims of Strauss to come forward, and asked that OSU release the names of coaches, assistant coaches and trainers who knew of Strauss’ misconduct while it was going on and did nothing to stop it. The group also demanded that OSU release where else Strauss saw his patients, including local middle and high schools.

“This is one of the biggest sex abuse scandals in U.S. history, yet the report only scratches the surface,” attorney Ilann Maazel said in a statement to HuffPost.

“How many hundreds or thousands of OSU students did Dr. Strauss abuse? What are the names of all the OSU coaches, trainers and administrators who knew about the abuse and did nothing? What will OSU do to make these survivors whole?” Maazel continued. “It’s time for a full reckoning at this university.”

When asked if he believes if Rep. Jim Jordan (R-Ohio) knew of the abuse while he was an assistant wrestling coach at the school, McDaniel answered definitively.

“I was on the tennis team so we practiced in a different location [than the wrestling team],” said McDaniel, a former tennis player who attended OSU in the early 1980s. “I can’t really speak to his exact whereabouts or what he knew but he knew.”

Snyder-Hill added that he believes every administrator who was at the university at the time was “somewhat culpable” for Strauss’ abuse.

Last July, several former wrestlers accused Jordan of ignoring the sexual abuse accusations against Strauss when Jordan was the assistant wrestling coach from the mid-1980s to early 1990s.

“I considered Jim Jordan a friend. But at the end of the day, he is absolutely lying if he says he doesn’t know what was going on,” former Ohio State wrestler Mike DiSabato told NBC News in an investigative report published last year.

Jordan claimed vindication after the investigation was published on Friday, pointing to a section that concluded the report “did not identify any contemporaneous documentary evidence that members of the OSU coaching staff, including head coaches or assistant coaches, received or were aware of complaints regarding Strauss sexual misconduct.”

The investigation, however, also found that 22 former OSU coaches reported that they were aware of complaints and rumors against Strauss from the 1970s through the 1990s. Jordan was an assistant wrestling coach between 1987 and 1995.