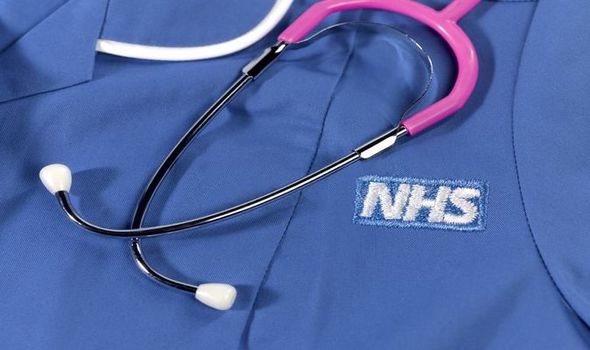 The independent NHS Pay Review Body recommended the inflationbusting award to the Government weeks ago. Ministers are said to be going ahead with it despite previously insisting that only one per cent was affordable in the current climate.

The Prime Minister’s spokesman said the Government had received the pay body’s recommendations and the “process is still ongoing”.

Campaigners will hand in a petition with 800,000 signatures to Downing Street today calling for a 15 percent hike.

Earlier this year the Department of Health recommended a one percent pay award to the independent panel for nearly all hospital staff.

The then health secretary Matt Hancock said the amount reflected the “difficult financial circumstances the country is in”.

But unions said the proposal was insulting and threatened strike action.

They warned such a low settlement at a time when the health staff have faced intense pressure dealing with the demands of Covid will lead to an exodus of nurses.

Hospital workers face continued pressure as they deal with the backlog of 5.3 million people on waiting lists for routine operations and procedures in England.

The Royal College of Nursing insisted a rise is “well overdue” and the Government has the “chance to do the right thing” by paying staff what they deserve.

TheTreasury said it would set out its pay rise plan “in due course”.

Government departments are rushing to push out a raft of announcements before Parliament starts it summer break on Thursday.

Plans to reform the creaking social care system have been promised “soon” but are looking less likely after Health Secretary Sajid Javid was hit by Covid.

The Care and Support Alliance, a coalition of charities, said MPs have received more than 10,000 emails in the last few days calling for swift action. Silver Voices, a member of the group, said the Government must act now before more lives are damaged.

Director Dennis Reed said: “Thousands of older people are dying while waiting for social care support and Boris Johnson must listen to the cries for help from those who deserve to be able to live out their remaining years with dignity and respect.

“Sorting out the social care crisis does not just mean dealing with the high costs of residential care.

“Social care support at home should be free for all, on the same basis as health care, and paid for through tax and national insurance. We need a fully funded social care system, with fair wages for social care workers.”