More than a week after Megan Rapinoe’s comment that she is “not going to the fucking White House” went viral, she said that few other players on the U.S. women’s national soccer team would go either.

The co-captain told reporters in Lyon, France, ahead of Sunday’s FIFA World Cup final against the Netherlands that she believes “not many, if any” of her teammates would attend if they win.

Rapinoe was asked at the conference if any of her teammates would go to the White House if invited by Donald Trump, Agence France-Presse reports.

“I haven’t spoken to everyone about it, obviously not myself, not Ali Krieger, and I suspect not many, if any, of the other players,” she said, according to AFP. 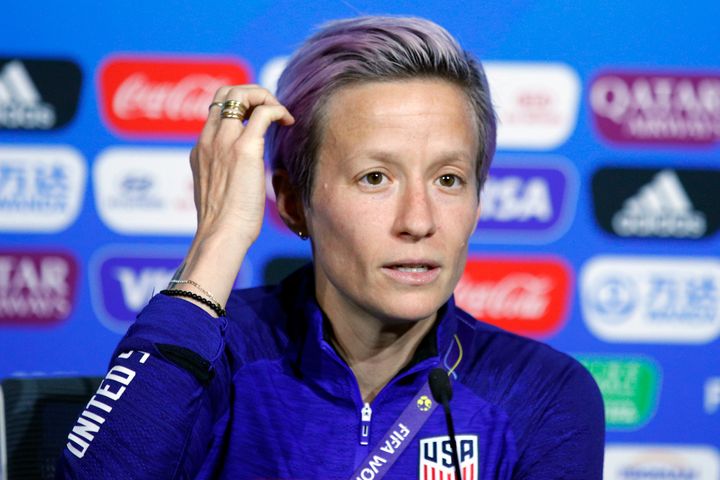 Like Rapinoe, Krieger has also stated that she would refuse to visit the White House, in protest of Trump and his administration.

“I refuse to respect a man that warrants no respect,” Krieger told CNN earlier this week. On Twitter, she condemned the Trump administration specifically for its treatment of “LGBTQ+ citizens, immigrants & our most vulnerable.”

Rapinoe’s initial remarks about refusing to go to the White House came a day after Trump had criticized her for protesting during the national anthem at games. When then-NFL quarterback Colin Kaepernick started taking a knee during the anthem in 2016 to protest racial inequality and police brutality, Rapinoe followed suit in solidarity a month later.

The U.S. Soccer Federation subsequently instituted a rule requiring all players to “stand respectfully” during the song. During this year’s World Cup, Rapinoe has not knelt but has refrained from singing along or putting her hand over her heart during the anthem.

After taking some flak for her political stances ― including criticisms that she’s “un-American” ― Rapinoe defended herself in an interview with the AP on Wednesday, calling herself “particularly and uniquely and very deeply American.”

“If we want to talk about the ideals that we stand for, all the songs and the anthem and sort of what we were founded on, I think I’m extremely American,” Rapinoe said.

She also added that she stands “for honesty and for truth and for wanting to have the conversation. And for looking at the country honestly and saying, ‘Yes, we are a great country and there are so many things that are amazing and I feel very fortunate to be in this country.’ … But also that doesn’t mean we can’t get better.”