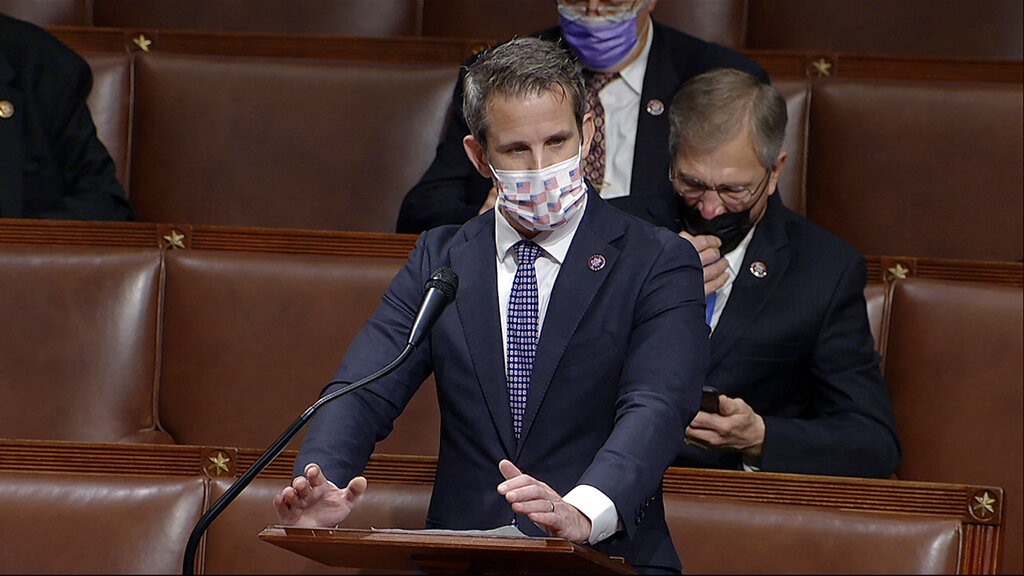 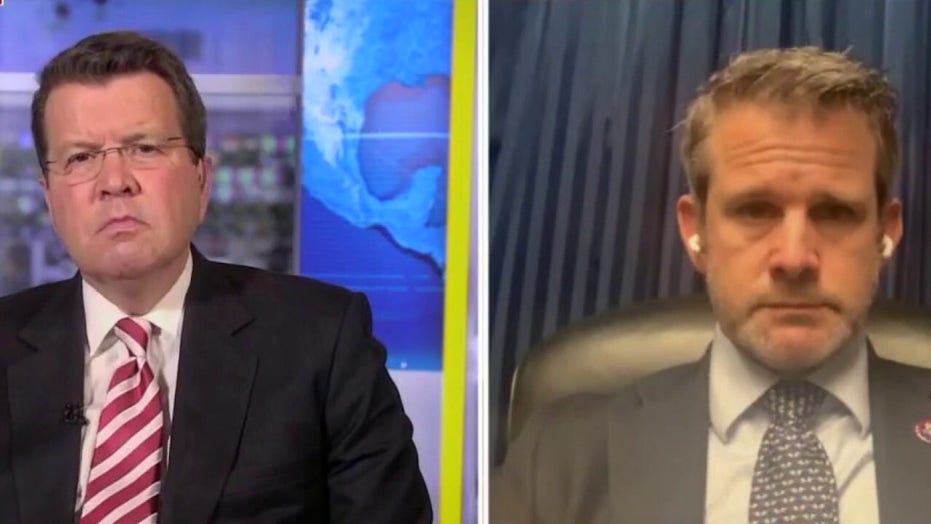 Kinzinger: I am not the only Republican backing use of 25th Amendment

Rep. Adam Kinzinger, R-Ill., sounds off on president’s behavior on ‘Your World’

“Oh my, what a disappointment you are to us and to God! We were once so proud of your accomplishments! Instead, you go against your Christian principles and join the ‘devil’s army’ (Democrats and the fake news media),” the letter, first reported by The New York Times, reads.

It  was dated Jan. 8, two days after rioters stormed the U.S. Capitol, forcing lawmakers into hiding and temporarily delaying Congress’ certification of Joe Biden’s Electoral College victory. Kinzinger called for the 25th Amendment to be used to remove Trump from office before Inauguration Day, and later was one of 10 Republicans to join House Democrats in voting to impeach him.

KINGZINGER LAUNCHES NEW PAC TO ‘TAKE BACK’ GOP FROM TRUMP

Trump was ultimately acquitted by the Senate, on Saturday, but seven Republican senators voted to convict him.

The two-page letter goes on to defend Trump as a man of Christian faith and criticizes Kinzinger for attacking the former president, reportedly saying: “You won’t convince us otherwise with your horrible, rude accusations of President Trump! (To embrace a party that believes in abortion and socialism is the ultimate sin.)”

“It is now most embarrassing to us that we are related to you. You have embarrassed the Kinzinger family name,” the letter continues.

“We are thoroughly disgusted with you!! And, oh by the way, we are calling for your removal from office,” it concludes. “President Trump has done more for the American people in four years, than you, the Rhinos and the Democrats have done in years!!”

Kinzinger’s cousin Karen Otto told The New York Times that she penned the letter, which includes signatures from 10 other relatives, and paid $7 to send it via certified mail to the congressman’s father. She also said she sent copies to Republicans across Illinois and the state’s congressional delegation. The La Salle County GOP already censured Kinzinger last month.

“I wanted Adam to be shunned,” Otto said in an interview with the newspaper.

Kinzinger last month launched a political action committee (PAC) to push back against a House GOP leadership team and party that he says have become too closely aligned to the former president. The “Country 1st” PAC, unveiled in a six-minute video, will challenge the current direction of a Republican Party that Kinzinger claims has wrongly become a “Trump-first party” to the detriment of the nation.

The Illinois congressman cited most Republicans’ seeming unwillingness to hold Trump accountable for his role in encouraging violence on Jan. 6, as well as the party’s support of lawmakers such as Georgia Rep. Marjorie Taylor Greene, who has drawn criticism for past social media posts in which she’s suggested support for killing Democratic politicians, unfounded QAnon theories and racist views.

Kinzinger also criticized the leadership of House Minority Leader Kevin McCarthy, R-Calif., who initially said after the riot that Trump bears responsibility for the violence. But after meeting privately with the former president last week in Florida, McCarthy tweeted in support: “United and ready to win in ’22.” Kinzinger also cites the GOP’s efforts to remove Wyoming Rep. Liz Cheney from the leadership team because she voted to impeach Trump.