Trust has been a recurring theme for all political leaders throughout this election, including the prime minister.

Boris Johnson has been asked repeatedly about whether voters can believe his Brexit pledges and why his assessment of the UK’s new relationship with the EU differs from documents produced by his own government.

For voters in the North of England, voters in Labour areas which have rejected the Conservatives for many years, trust could be a defining factor in how they vote in this election.

It is why the prime minister’s clear message in these seats is that he is the only man to deliver Brexit. He believes this pledge could be enough to convince those who have vowed never to vote Tory to change their minds. He knows people believe it and many repeat it verbatim without prompting.

But the question in this election has always been whether voters will, when it comes down to putting a cross in the box on Thursday, back Boris Johnson on Brexit or make another choice based on domestic policy instead.

Labour has been banking on the latter, the party believing that in those key areas where their vote has always been strong they are still more trusted on the NHS and public spending.

But speaking to voters across the country some are wavering. They consider a vote for Boris Johnson a vote for Brexit but not necessarily an indication they are now Conservative.

This is why days like Monday matter so much for the Conservatives. The way the prime minister reacted to being shown a photo of a little boy, forced to sleep on the floor of a hospital while waiting to be admitted to A&E, is damaging. 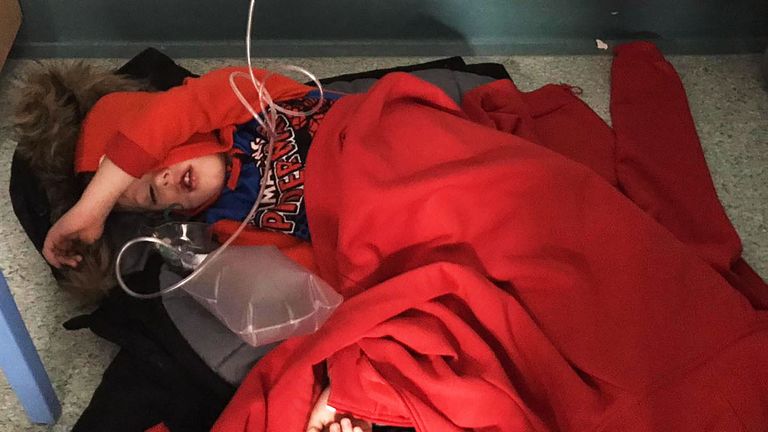 His decision to take the phone with the photo on it off the ITV journalist and put it into his pocket was strange. His refusal to immediately apologise, despite doing so eventually, prompts questions about trust and feeds into concerns some voters have about lending him their vote in support of Brexit.

Mr Johnson’s message in northern Labour seats is he is the only man for the job. Some of these key voters believe him.

But they have concerns about his views on other issues too. Will days like yesterday turn them away from him for good or will Brexit prove the stronger pull? We don’t have long to wait to find out.