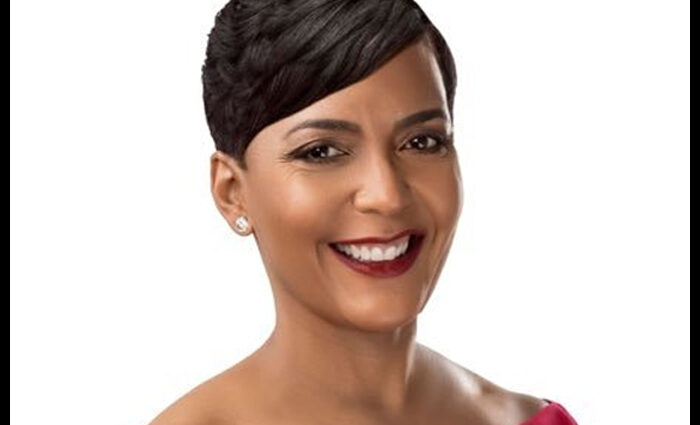 In this role, Bottoms will oversee the White House Office of Public Engagement, which works at the local, state, and national levels to ensure community leaders, diverse perspectives, and new voices have the opportunity to inform the work of the President in an inclusive, transparent and responsible way.

Keisha Lance Bottoms is a CNN Political Commentator, based in Atlanta. She is a visionary leader in bringing equitable outcomes to the forefront of government and commerce. Keisha became the first Mayor in Atlanta’s history to have served in all three branches of government, having previously served as a Judge and a City Councilmember. As Mayor, she committed herself to realizing her vision of “One Atlanta” – an affordable, resilient, and equitable Atlanta.

Sworn in on January 2, 2018, Keisha served as Mayor during one of the most challenging times in the history of Atlanta. After dealing with a cyberattack that nearly crippled city operations, and in the midst of a global pandemic and a racial justice movement, Keisha became a leading spokesperson regarding the challenges and opportunities facing cities and leaders across America.

While navigating these unprecedented challenges, the Bottoms Administration was able to remain focused on the resilience of Atlanta, negotiating and closing the largest real estate redevelopment transaction in the history of Atlanta, and one of the largest in the Southeast United States, delivering millions of dollars in community benefits to people across the city.

The Bottoms Administration made historic strides related to criminal justice reform. Under her rule, Atlanta became a model city for LGBTQ affairs, and reclaimed its title as running the world’s busiest and most efficient airport.

Biden said in a statement that Keisha is “bright, honorable, tough and has the integrity required to represent our Administration to the American public”.

Biden announced additional promotions to his senior team ahead of the 2022 midterm elections.

The President announced that Stuart Delery will become the next Assistant to the President and White House Counsel. He will step into the role next month after Dana Remus departs the White House.

Stuart Delery currently serves as Deputy Counsel to the President, where he has advised on key Administration priorities including the COVID-19 response, the American Rescue Plan, and the Bipartisan Infrastructure Framework.

The President has promoted Julie Chavez Rodriguez to Senior Advisor and Assistant to the President. Simultaneously, she will continue serving as the Director of the White House Office of Intergovernmental Affairs.

Julie Rodriguez currently serves as Deputy Assistant to the President and Director of the White House Office of Intergovernmental Affairs. Prior to joining the Biden Administration, she served as a Deputy Campaign Manager on the Biden-Harris presidential campaign.