It seems that first dogs who just happen to be German shepherds named Major have had quite a ruff history with the media.

On Tuesday, it was reported that President Joe Biden’s German shepherd Major had yet another “nipping” incident on a walk, leading medical staff to treat a National Park Service employee “out of an abundance of caution,” according to first lady Jill Biden’s press secretary.

A week ago, Major and fellow presidential pooch Champ returned to the White House from a three-week stay at the president’s home in Delaware following another reported biting incident.

In response to this specific breed of reports, a Twitter user decided to point out in a thread on Wednesday that Major Biden is not the first First Pup to have difficulty adjusting to life at 1600 Pennsylvania Avenue.

It seems that former President Franklin Delano Roosevelt’s German shepherd, who was also named Major, had a few “biting incidents” that made headlines as well.

According to a New York Times article written in April 1933 (just a month after FDR was inaugurated as the 32nd president of the United States), Major Roosevelt bit Sen. Hattie Caraway of Arkansas during a party thrown by first lady Eleanor Roosevelt. According to the article, it “wasn’t a bad bite, just a scratch that made a momentary bit of excitement.”

The Twitter user followed that clipping up with two more bite-related blips in the Times.

In August 1933, the newspaper reported that Major Roosevelt bit a Washington lawyer who reached through the White House fence to pet him.

Around this time, Major Roosevelt also nearly ripped the pants off of British Prime Minister Ramsay MacDonald, according to the Presidential Pet Museum, noting that “a replacement pair of pants had to be found before the Prime Minister could modestly leave the White House.” 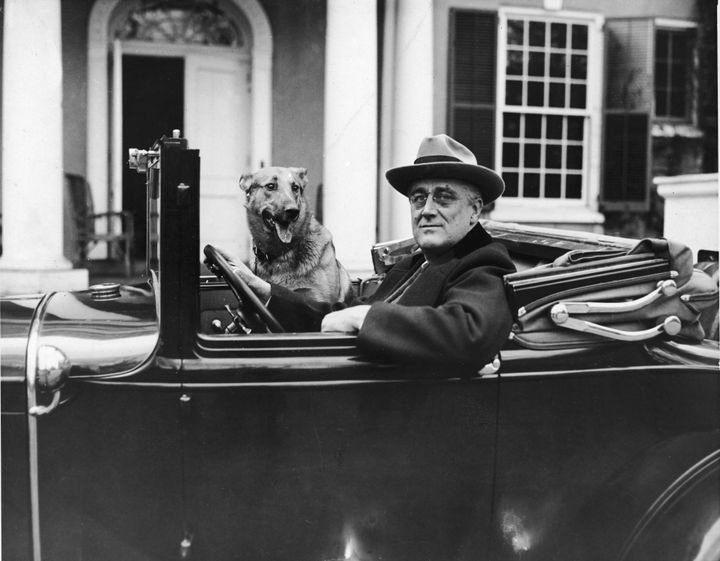 Apparently, Major Roosevelt was exiled shortly after these events to the Roosevelt’s family home in Hyde Park, New York.

He received some familiar company soon after, because in December 1933, the Times also reported that Eleanor Roosevelt’s Scottish terrier Meggie bit “a reporter on the face” and was also sent to the doghouse in Hyde Park.

To make matters a little stickier for Major Biden, dog poo was reportedly discovered on the White House floor on Wednesday. It is unclear, however, whether it was Major or Champ who had decided to use the institution’s interior as their personal pee-pee pad.

Major Biden and Major Roosevelt are far from the only mischievous doggos owned by world leaders.

In 2017, French President Emmanuel Macron’s dog Nemo was caught on camera peeing in the Elysee Palace’s fireplace, causing a group of junior ministers meeting with the president to giggle.