Viktor Orban hit out at Vera Jourova’s claim that a “sick democracy” is being built in the member state. Writing to Commission President Ursula von der Leyen, the prime minister accused her deputy of insulting millions of Hungarians by claiming they were “not in a position to form an independent opinion”.

Mr Orban, 57, has repeatedly clashed with other EU leaders over his moves to put the judiciary, media and academics under more state control.

His outburst marks the latest sign that unity among the bloc’s 27 member states is crumbling fast.

Addressing Ms von der Leyen, Mr Orban said while the Hungarians “appreciate your activities as President of the Commission” the time has come for her to address Ms Jourova’s comments.

He said he felt “forced to write you regarding the latest derogatory public statements” of the vice-president. 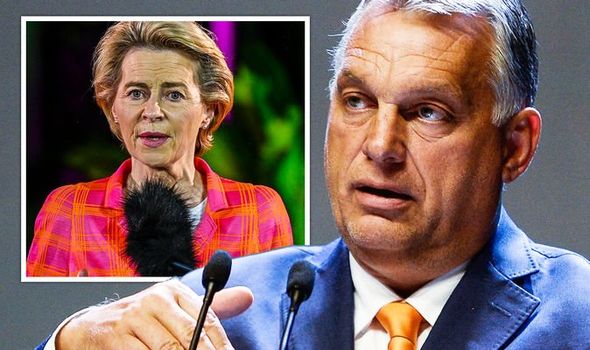 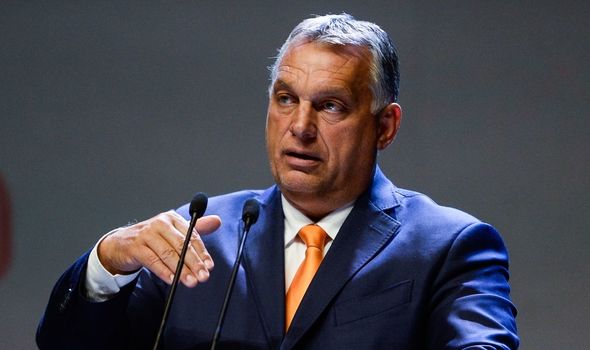 He continued: “According to the vice-president, in Hungary, a ‘sick democracy’ is being built, and in addition, she insulted EU citizens of Hungarian nationality by saying that they are not in a position to form an independent opinion.

“These statements are not only a direct political attack against the democratically elected Government of Hungary that has become commonplace but also a humiliation to Hungary and the Hungarian people.

“The former is inappropriate, the latter is unacceptable.”

He said the harsh words of the vice-president contradicted the Commission’s role as a neutral body. 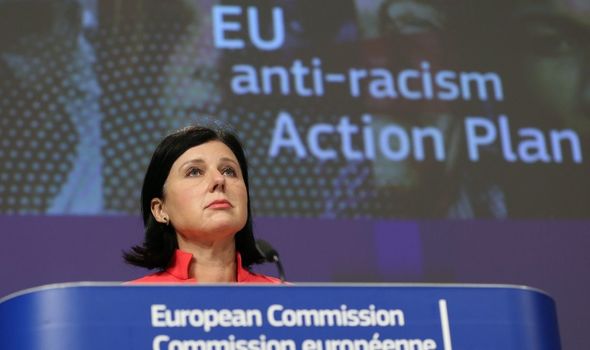 Continuing his dressing down of the bloc’s treatment of his country, Mr Orban said Mr Jourova’s resignation is “indispensable”.

In the meantime, he said his government “suspends all bilateral political contracts with her”.

Critics in the EU have said Mr Orban defends the rights of nation states and ethnic majorities at the expense of the generally accepted rules of civic behaviour. 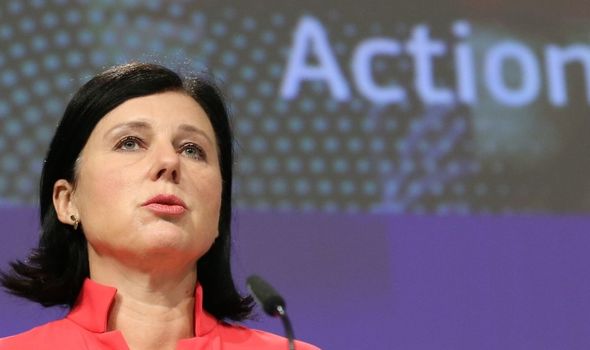 Mr Orban rejected those accusations in an interview last week.

Ms Jourova is in charge of the Commission’s work on values and transparency and upholding the rule of law.

Eurocrat Guy Verhofstadt responded to the development by advising Ms von der Leyen to throw Mr Orban’s letter in the trash and accused the Hungarian leader of bullying Ms Jourova.

He said: “My advice to  @vonderleyen on Orbán’s letter: bin it.

“My advice to Orbán when respect and democracy are being discussed: zip it.

“@VeraJourova is doing her job protecting rights of Hungarians and must not be bullied!”

Mr Orban’s call for her ouster comes as Hungary is headed for a slower-than-expected recovery from the coronavirus pandemic.

The Hungarian economy shrank by 13.6 percent in the second quarter.

The contraction marked the worst downturn in central Europe.

Inflation in Hungary this year reached an eight-year-high and the forint is central Europe’s worst-performing currency. 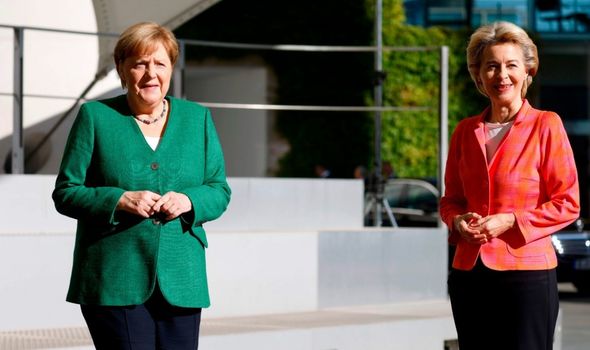 Hungary’s weakened prospects could represent the biggest threat to Mr Orban’s decade-long rule as he prepares to face parliamentary elections in the first half of 2022.

Germany, current president of the European Union, has proposed a scheme that links access to EU money, including the €750 billion recovery fund, to respecting the rule of law.

Hungary and Poland are under EU investigation for undermining the independence of the judiciary, media and non-governmental organisations.