Jens Weidmann, president of the Bundesbank, took aim at the bloc’s £666billion (€750 billion) recovery fund, claiming the bailout creates a “kind of debt illusion” because the borrowing doesn’t appear in national debt figures. European capitals have significantly increased their debt levels to finance measures to protect companies and workers from the impact of the pandemic. Under the scheme, the European Commission will borrow cash on the international market to hand out loans and grants to pandemic-hit industries. The European Central Bank has also bought hundreds of millions in bonds to keep interest rates from creeping up.

“It is important that all measures, including additional ones, are clearly limited in time,” Mr Weidmann said.

He added: “Fiscal policy should not get used to a lax course, nor should it rely on interest rates to remain so low in the long run.

“That is why it is important to reduce the high debt ratio after the crisis.”

The EU’s largest economies, including Germany, France and Spain, have all extended their furlough schemes amid signs the virus is making a return. 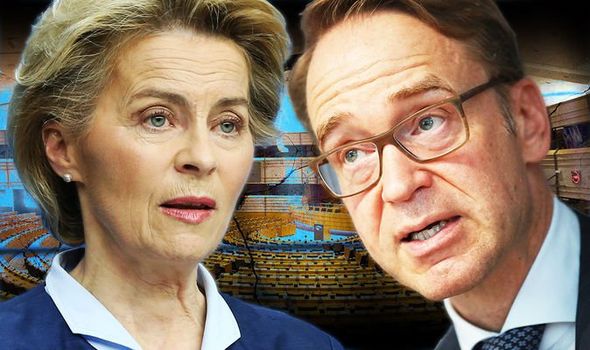 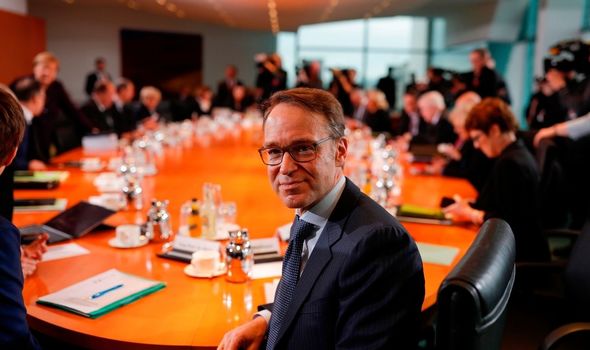 Many capitals are also offering cheap loans, tax breaks to help cash-strapped firms as the global economy starts to recover.

Mr Weidmann claimed furlough schemes “could also tie workers to companies that have no future and freeze structures that are obsolete”.

He insisted the policy should not last too long, and also urged governments not to “interfere too much in corporate decisions, for example in the case of new investments”. 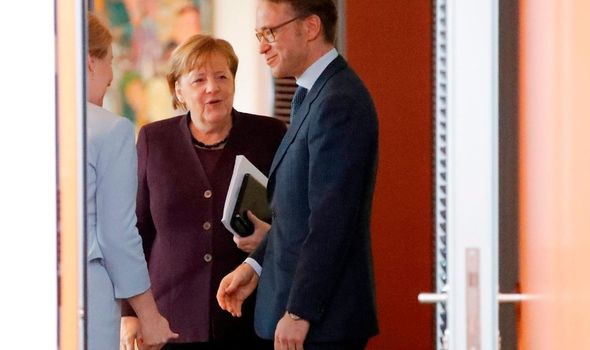 “In view of the high national debt, the pressure on the central banks to adhere to the loose monetary policy longer than necessary could increase,” he said.

“After the crisis, the emergency monetary policy measures would have to be scaled back again.

MUST READ: Boris MUST tell EU to GET LOST! Bernard Ingham talks tough 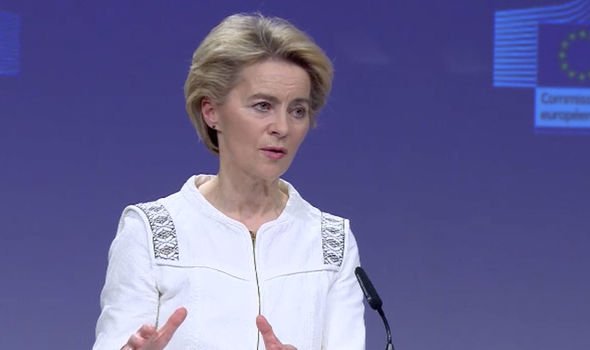 “In addition, it must be clear that if the price outlook requires it, then monetary policy as a whole must be normalised.”

Meanwhile the ECB has expressed concerns the rising value of the euro risks hindering the single currency bloc’s recovery.

An ECB chief said: “In the last few weeks there have been an appreciation of the euro, which is always worrisome when you have weak demand, especially as the euro area is the most open economy in the world and unusually dependent on global demand.”

DON’T MISS
EU warned of looming legal clash as MEPs demand budget restrictions [INSIGHT]
Germany threatens to plunge EU into crisis by rejecting Mercosur pact [REPORT]
Nothing to do with EU: Brussels told not to take sides over Falklands [COMMENT]

Another source said the euro had strengthened because of the bloc’s coronavirus recovery fund.

They said: “What we have seen reflects the positive story… but it also reflects the starting point at which the euro was probably undervalued against the dollar.

“It isn’t concerning today but it could become a problem.”

Leaked Microsoft slides show that the company has generated at least $61.7 million in revenue this quarter by selling to the smallest businesses and educational institutions, as it transitions former store employees to salespeople