As lawyers for former President Donald Trump argued Friday that he should be acquitted at his impeachment trial for his role in the Jan. 6 insurrection, one of his supporters was in federal court in Georgia asking for his son to be released from federal custody after the 18-year-old was charged with shoving an officer during the deadly attack on the U.S. Capitol.

Joseph Cua and his wife took their 18-year-old son, Bruno Cua, to the nation’s capital in January because they ― like millions of Americans ― believed the conspiracy theories about a stolen election being floated by the former president.

On Friday afternoon, Joseph Cua told a federal magistrate judge why he thought ― despite the fact that he had brought his son to the scene of the crime and believed in the conspiracies that drove the attack ― he and his wife would be good custodians of their son until his trial. 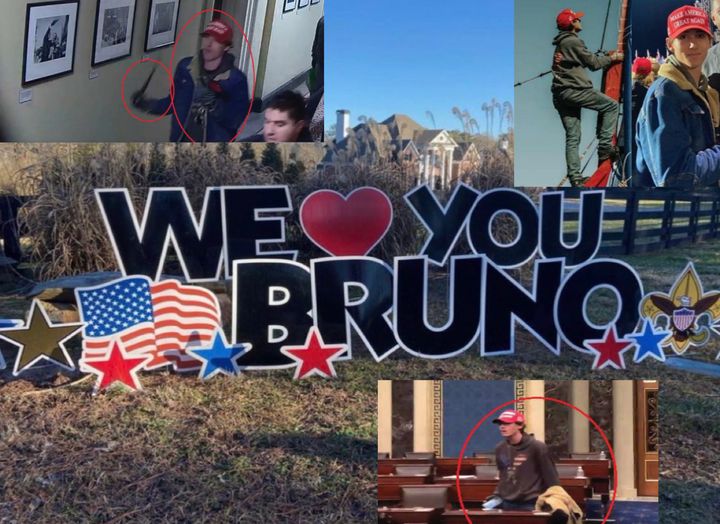 Bruno Cua is facing a host of federal charges for storming the Capitol on Jan. 6, including assault on a federal officer, civil disorder and obstruction of an official proceeding. His dad testified that he knew he son had brought a baton with him as they went to the Capitol.

“President Trump is calling us to FIGHT!” the younger Cua posted on the right-wing social media website Parler under the name @PatriotBruno, according to the feds. “This isn’t a joke, this is where and when we make our stand.”

His father bought into the lies too, convinced there was “all this fraud and the election was stolen.” But now, testifying in the hopes of securing his son’s pretrial release, Joseph Cua said he now recognized that the he was mislead.

“I share responsibility in that,” he said. “As a middle-aged man, I feel like I can filter a little bit of that with reality, but I felt like as a teenager, he was drinking it in, and just believed it too much.” 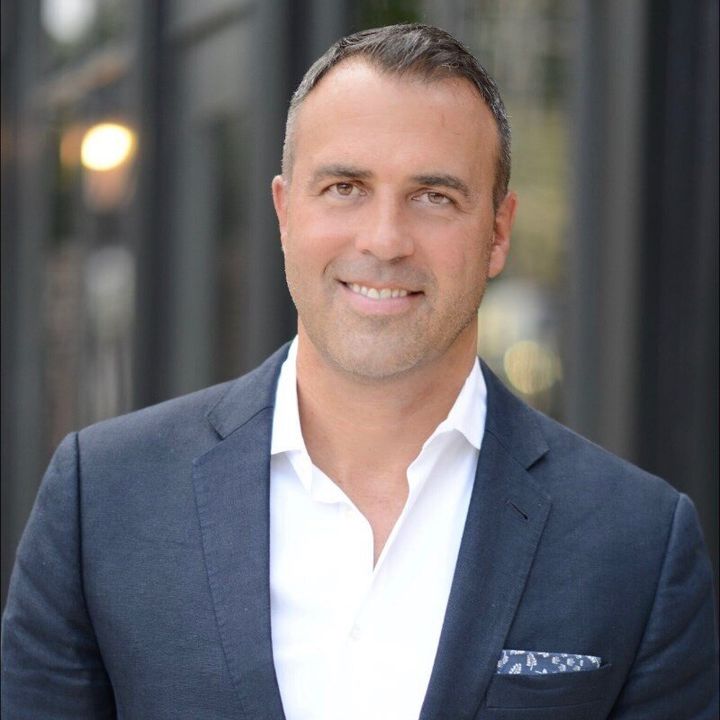 Bruno Cua, his father said, “parroted stuff from other leaders on social media and leaders ― like the president ― or the attorneys like Lin Wood and all these people saying ‘We have all this information and everything’s gonna come out.’”

“I myself feel pretty embarrassed that I think a lot of us felt like this happened and we believed these people and be disillusioned that there was no big reveal, and nothing came out. It’s disillusioning, disheartening and embarrassing, quite frankly,” Joseph Cua said. He added that he was “embarrassed that we drank in a lot of this rhetoric from so-called leaders that just never materialized.”

Cua said it was after the attack on the Capitol, but before his son’s arrest, that he backed away from the mass voter fraud conspiracy theories. Joseph Cua said he had hoped that seeing a massive crowd outside the Capitol would “bolster” the “courage” and “confidence” of Republican lawmakers to object to the certification of state electoral votes and overturn the election results, which Cua believed were fraudulent. Now, he said, he realized the truth ― that Joe Biden was the legitimate winner of the 2020 election, and that Trump and his enablers were feeding him and his son a bunch of lies.

“I feel like I maybe should’ve known a little bit better at my age,” Joseph Cua said. “At some point, you’re like, ‘I think this is a bunch of B.S.’”

Joseph Cua said he felt responsible for bringing his son to the Capitol, and said that he and his wife would be able to create a stable environment for him at home. 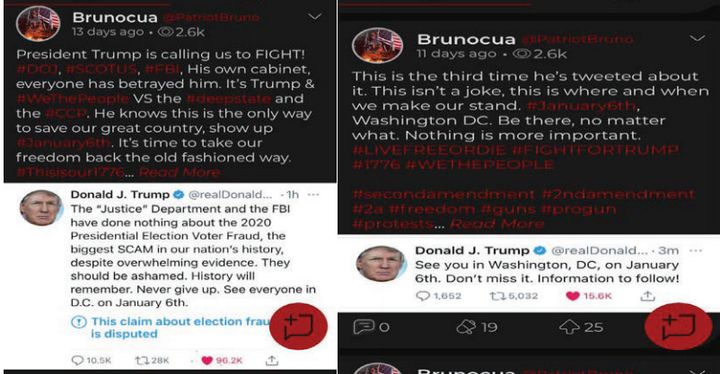 Ryan Karim Buchanan, a prosecutor for the Justice Department, moved to detain Bruno Cua, saying home wasn’t a “suitable place” for him. “I don’t believe that home incarceration would work because he’s an 18-year-old who’s home schooled,” Buchanan said. The things that Bruno Cua had ingested, not only from the internet but from his parents, led him to the attack on the Capitol.

“[Joseph] Cua testified that he believes some of this came from him, he acknowledged that he bears some responsibility for his son’s belief structure and then the actions that arose out of those,” Buchanan said. “Absent the internet, absent going to any rallies, his parents are still there.”

“He went up to D.C., his parents went with him, and then he committed multiple felonies there,” Buchanan said. “The idea that this is some type of learning experience for him … the danger he poses has not been mitigated. The danger he poses, I believe, is mitigated with him in custody.”

Bruno Cua, he ruled, would be held in custody until his trial. He would be sent back to D.C., where he’ll face trial for his crimes or, more likely, take a plea deal.

Baverman said that, outside of a drug case, he had has rarely seen this much family involvement in a crime.

“We have a lot of really serious, a lot of really, really dangerous people who show up here in federal court,” Baverman said. “But I have to say this is the first time in a number of years in a non-family drug case where his parents were, maybe not instigators, but aiders and abettors and didn’t take steps to stop their child from going off the rails.” 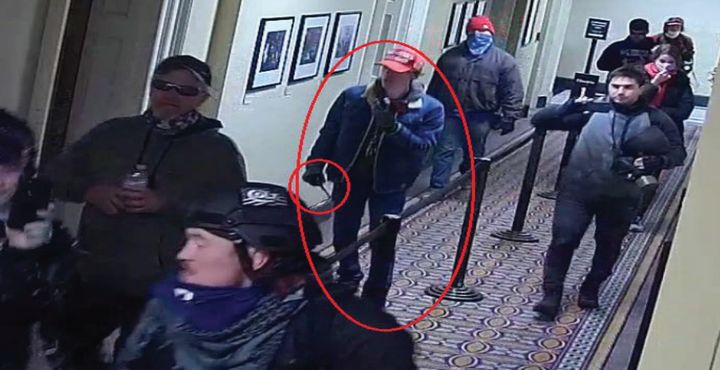 Baverman said it was “not very credible” to him that Cua’s father didn’t see the danger of what was happening, given that he saw the Trump supporters in paramilitary gear, knew his son had a weapon on him, and allowed his son to go up the scaffolding around the Capitol.

“I’ve rejected custodians far less involved in the criminal conduct of the defendant,” Baverman said. “Mr. Cua said they were misled by leaders. Well, Mr. Cua is supposed to be a leader, as a parent.”

Baverman said the attack on the Capitol was an “attempt to overthrow the lawful processes” of the United States government.

“And now we’re saying ‘Well, darn, I really didn’t mean any of that.’ But that’s what his mindset what, and his mindset continued after the sixth, when there was no evidence,” Baverman said. “Even when the ex-president said ‘Go peacefully,’ we’re still hearing talk from this defendant of revolution, ‘I want to fight.’”

Baverman said that, based on Cua’s actions both before and after his criminal activity, there were no conditions that could reasonably assure the safety of the community.

“Therefore, I’m detaining Mr. Cua, and I am removing him to the District of Columbia,” Baverman said.

By the time Cua arrives in D.C., dozens of Senate Republicans may have already voted to acquit the former president of inciting the violence that Cua participated in.