Senate Parliamentarian Elizabeth McDonough recently laid out in more detail how Democrats may revisit their already-passed budget reconciliation package to pass more of President Biden’s spending priorities, but that path contains more hurdles and roadblocks than some previously anticipated.

Senate Majority Leader Chuck Schumer, D-N.Y., said earlier this year that the parliamentarian said Democrats could revisit the 2021 budget reconciliation vehicle that was used to pass the $1.9 trillion coronavirus stimulus bill, though the details were very murky then.

Democrats have been negotiating a potential infrastructure bill with Republicans, aiming to get at least 10 of them on board to clear the 60-vote filibuster threshold. But they’ve kept the idea of revisiting the previous 2021 budget reconciliation measure in their back pocket in case a deal cannot be reached and they want to get around the filibuster to pass a Democrats-only bill.

This would leave a reconciliation measure for the upcoming fiscal year on the table for other priorities like tax reform or the president’s American Families Plan – essentially giving Democrats an extra opportunity to pass major fiscal legislation without consulting Republicans. 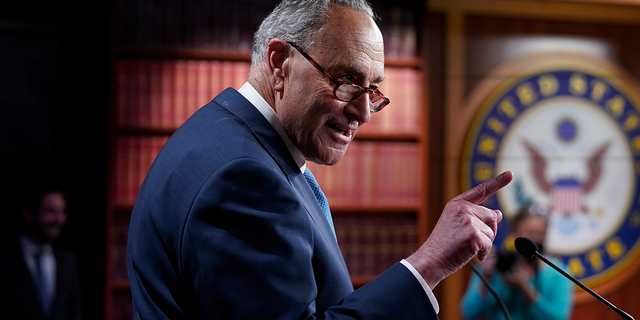 Senate Majority Leader Chuck Schumer, D-N.Y., speaks to reporters after final votes going into the Memorial Day recess, at the Capitol in Washington, Friday, May 28, 2021. Schumer has continued to say Democrats are keeping budget reconciliation as an option to pass an infrastructure bill. (AP Photo/J. Scott Applewhite)

But further guidance from the parliamentarian, key details of which have been confirmed to Fox News by a person familiar with them, could make such a move more difficult for Democrats than it was already going to be.

These details include that the process will have to start over at square one – forcing Democrats to go through a second “vote-a-rama,” among other procedural steps – and that the resolution won’t be auto-discharged from the Budget Committee. Those details were first reported by The Hill and Punchbowl News.

R Street Institute Resident Senior Fellow for Governance James Wallner told Fox News that the fact a revised budget resolution won’t go straight to the Senate floor via “auto-discharge” and will instead need a committee vote is potentially the most surprising and significant part of the guidance.

This, he says, is because it would effectively give Republicans a filibuster option at the committee level where, if they are united in opposition to the legislation, they could simply boycott the vote committee vote and deny Democrats a quorum.

“Her initial ruling was that this could work,” Wallner told Fox News. “Now, the Republicans have a clever way to get around that by saying, well, you can’t get a budget our of the Budget Committee because we’re not going to vote for it, there won’t be a tie vote… and therefore, pursuant to the rules worked out at the beginning of the Congress, you can’t start that discharge procedure.”

But that is nevertheless the case and could present a hurdle for Democrats. Wallner noted that Democrats could try to convince Budget Committee Republicans to at least show up for a vote, either by wooing them with appeals for comity or by threatening further procedural shenanigans. 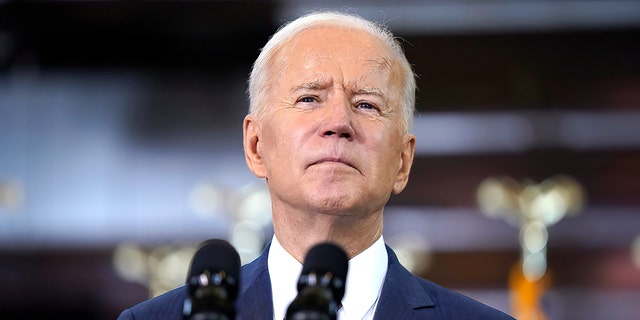 Wallner also said there are a handful of procedural steps Democrats could take to get around a committee-level filibuster-by-boycott if they are united and determined enough.

But still, the reconciliation process, including a vote-a-rama which would let Republicans force Democrats on the record on a variety of issues through a marathon of votes that could last all day, all night and into the next morning, would force Democrats to spend a lot of political capital.

Further complicating matters is another potentially confusing element of the parliamentarian guidance that was first reported by Punchbowl and confirmed by Fox News – that revisiting an already-passed reconciliation would require, according to the parliamentarian, an external circumstance like economic trouble as justification. It’s very unclear how this would actually be determined or enforced. And Wallner noted there is no language in the law allowing for reconciliation on why a revision may be passed. The statute simply says budget resolutions may be revised “[a]t any time” before the end of the fiscal year.

And as it stands, it’s not clear that all Senate Democrats are willing to abandon Republicans and pass an infrastructure bill via reconciliation. Talks are still ongoing between the Biden administration and Senate Republicans – Sen. Shelley Moore Capito, R-W.Va., met with Biden Wednesday and they will talk again Friday.

Democrats with a bipartisan inclination like Sens. Joe Manchin, D-W.Va., and Kyrsten Sinema, D-Ariz., may be very reluctant to bypass Republicans as talks continue, at least for now.

“My guess here is its easier to get 15, 20 or more Republicans on true infrastructure package than it would be to get the last three Democrats on a package that could include anything,” Sen. Roy Blunt, R-Mo., who is on Capito’s negotiation team, said.