‘Complete hypocrisy’ of Starmer as leak shows ‘Beergate’ was planned 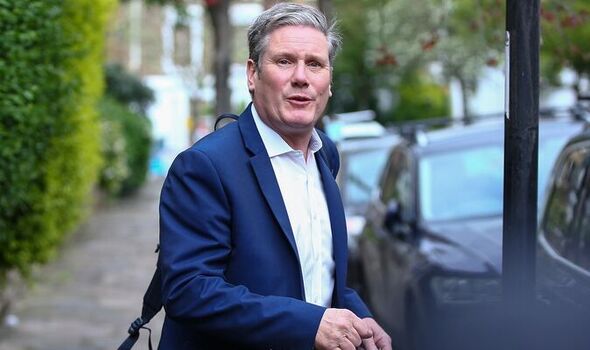 The internal note drawn up by party officials ahead of the Labour leader’s visit to Durham – where he was filmed quaffing beer – raised doubts over previous claims food was ordered on the spur of the moment at a work event. The document, marked “private and confidential”, also calls into question Labour claims that Sir Keir returned to work after the takeaway meal in April last year. It provoked fresh clashes between politicians yesterday after Durham Police said last week they were reinvestigating the incident in April 2021 as a possible breach of Covid rules.

Deputy Prime Minister Dominic Raab said the Labour leader had shown “rank double standards” by attacking Boris Johnson for lockdown breaches in Downing Street while having questions to answer about his own behaviour.

“He needs to ‘fess up and answer all of the holes in the account he gave for that beer-and-curry event.

Asked whether Sir Keir should quit over the so-called “Beergate” scandal, Mr Raab added: “Keir Starmer’s got a bunch of questions to answer in terms of how straightforward he’s been with the public.

“He’s going to have to answer those for his own credibility.”

Liberal Democrat leader Sir Ed Davey said the Labour leader may have to stand down.

He said: “So for any politician, be it Keir Starmer, Boris Johnson, if they get a fixed-penalty notice after a police investigation, it’s extremely difficult for them to continue.”

But Labour frontbencher Lisa Nandy insisted Sir Keir, the former director of public prosecutions, had not broken the law and that he was “Mr Rules”.The leaked memo indicated the takeaway was planned as part of his itinerary for a day of campaigning and no further work was scheduled after the dinner.

But Ms Nandy said: “He went on a work visit, he stopped to eat at various times during the day and then he finished the work visit and went back to his hotel. We’ve seen an absolutely desperate attempt to sling mud at the Labour leader.

“It is absurd of the Tories to claim this equates to a Prime Minister under investigation by police for 12 gatherings which included karaoke parties, bring-your-own-bottle parties, quizzes and suitcases of wine smuggled through the back door.

“The Prime Minister lied about that, he denied they happened, he denied he was there, he came clean and he laughed about it.”

Lockdown laws at the time allowed staff to meet indoors if “reasonably necessary for work”.