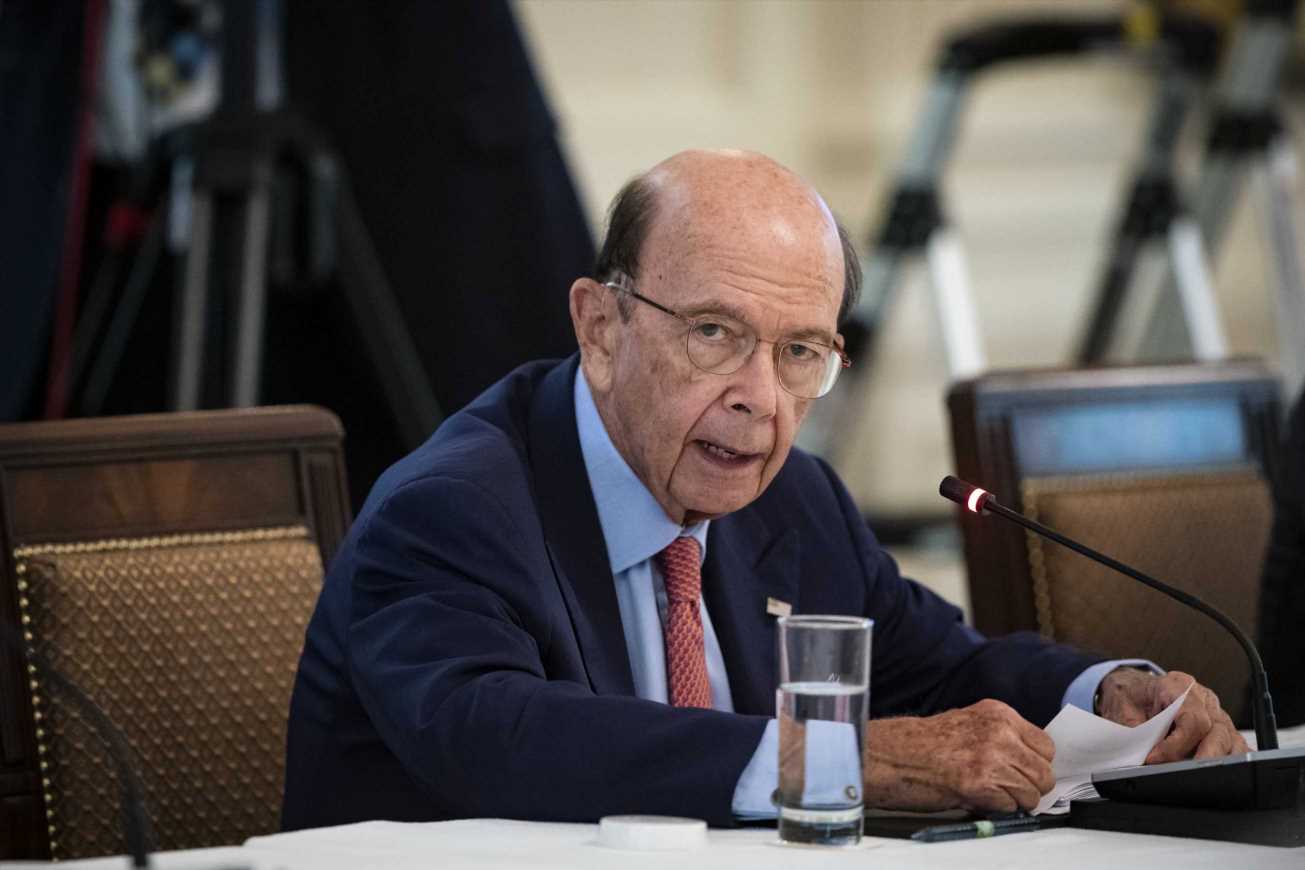 The reciprocal sanctions were imposed under China's new Anti-Foreign Sanctions Law, which was passed in June. The sanctions are a response to the United States' recent warning to companies about the risks of doing business in Hong Kong.

They also came days before Deputy Secretary of State Wendy Sherman is to visit China, making her the most senior U.S. official to visit China during the Biden administration.

Ross, a billionaire businessman and investor, has done business in China. As Commerce secretary, he was one of the faces of former President Donald Trump's trade war with China.

"I would like to stress once again that Hong Kong is China's Special Administrative Region and its affairs are an integral part of China's internal affairs," Foreign Ministry spokesperson Zhao Lijian said in a statement. "Any attempt by external forces to interfere in Hong Kong's affairs would be as futile as an ant trying to shake a big tree."

China's national security law was passed in June 2020 and has been condemned by Washington for aiming to limit Hong Kong's autonomy and banning literature that is critical of the Chinese Communist Party.

It also sanctioned several Chinese officials with Beijing's liaison office in Hong Kong for limiting autonomy in the territory.

"Beijing has chipped away at Hong Kong's reputation of accountable, transparent governance and respect for individual freedoms, and has broken its promise to leave Hong Kong's high degree of autonomy unchanged for 50 years," Secretary of State Antony Blinken said in a statement about the advisory.

The Hong Kong warning came days after the Biden administration issued a similar advisory for firms with businesses and operations in Xinjiang province, where there is growing evidence that the Chinese government has carried out genocide and other human rights abuses against Uyghurs and other Muslim minorities.

The relationship between Beijing and Washington became even more strained under the Trump administration, which provoked a trade war and worked to ban Chinese technology companies from doing business in the U.S.

Biden has previously said that his approach would differ from his predecessor's, stating that he would work closely with allies to push back against Beijing.

The Chinese sanctions on Ross came soon after the Department of Justice declined to prosecute him for allegedly misleading Congress about census citizenship questions.