The fallout over Brexit was laid clear at the European elections last week as fed-up UK voters punished the Conservatives and Labour, favouring a party that was only six weeks old and with one clear message. Nigel Farage’s Brexit Party’s win was nothing short of a political landslide – overnight the party went from having no MEPS in the European Parliament to winning 29 seats, equivalent to a 31.6 percent of the vote. Labour trailed behind the Liberal Democrats in third place with 10 seats and a 14.1 percent share, while the Tories plummeted to fifth place with just four seats equivalent to 9.1 percent of the vote. Most parties were abandoned for their failure to deliver Brexit over fierce in-fighting and an unwillingness to compromise.

A victorious Mr Farage immediately belittled his rivals, claiming they were “terrified” and that he could match the Brexit Party’s success in a general election.

But one political expert said the Eurosceptic leader’s boasting is mere “bombast” and his party would not fare so well with the electorate when it comes to choosing a government.

Professor Matthew Cole, from the University of Birmingham’s Department of Economics, said European elections are “second-order elections” with a “distinctive purpose” compared to UK general elections.

He told Express.co.uk: “They are used by voters quite consciously to comment on the current state of affairs by voting for parties they quite often wouldn’t usually vote for at a general election to determine a government.” 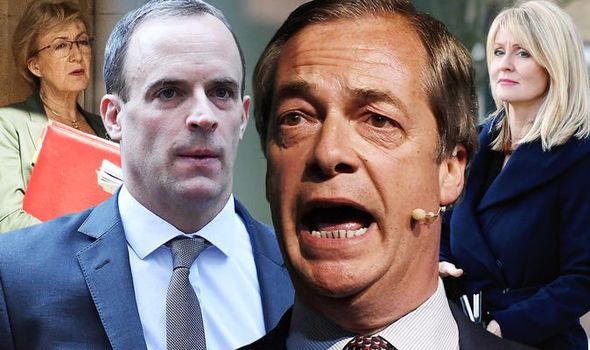 The historian cited the Green Party’s biggest ever European election win in 1989 when it secured 15 percent of the vote but failed to win any MPs at the 1992 general election.

UKIP similarly stormed to victory in the European elections 2014 winning 24 seats and 27 percent of the vote – but their party lost all of its seats on Sunday and its future now looks doubtful.

Professor Cole said this bears weight for the Brexit Party as members lack a political structure and programme to win wider audiences at present.

He said: “At a general election they would have to offer a team and a programme for government, which might not go down well with all of the communities from which they drew votes on the European issue. 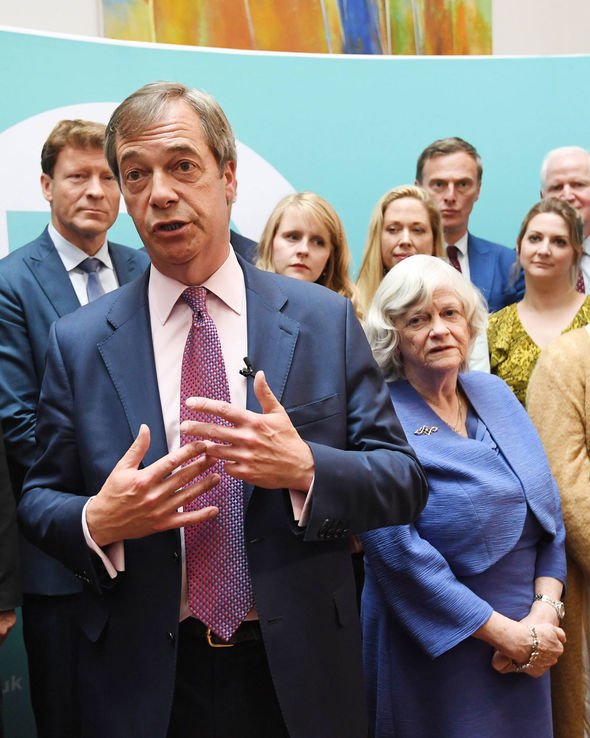 “The northeast of England, Wales and even some parts of Scotland, are not necessarily going to be drawn into the largely, free market message that Farage likes to promote on the economy.

“Given the range of places on which the party grew, some of which are right-wing Conservative and some which are traditionally left-wing at general election, it seems they are likely to face the same problem that UKIP did in 2014 going on 2015.”

The Brexit Party has not launched an official manifesto, policy or any messaging outside of its determination to leave the European Union as quickly as possible.

Mr Farage said he favours a “clean-break” Brexit and is happy to leave on World Trade Organisation (WTO) terms. 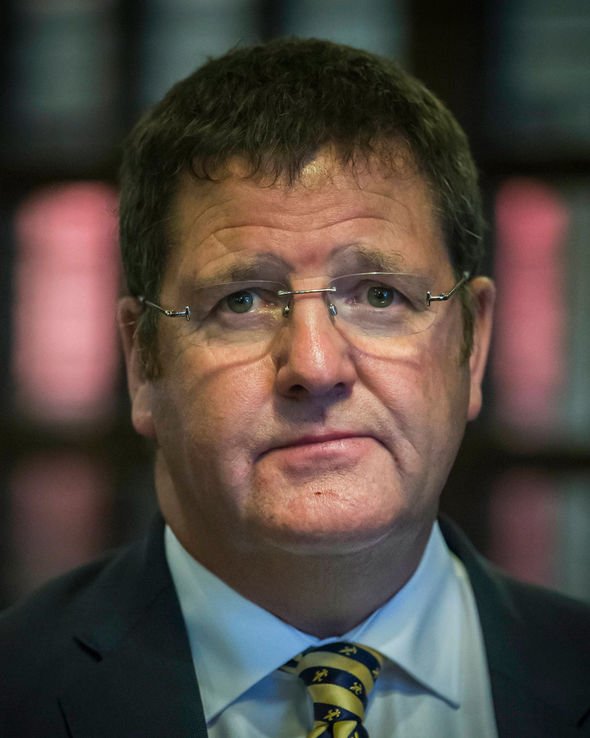 With the general public’s mind firmly placed on leaving the EU right now, Professor Cole said there is unlikely to be any appetite from any party for calling a general election before October 31 – in fact, it would be “political suicide”, he said.

But depending on what happens between now and then in the negotiations – which could see the UK either exiting the EU with or without a deal – Mr Farage simply doesn’t have the right “personnel” to see his party through in the long-term, the politics professor said.

Citing UKIP and Respect as examples, he added: “New rapidly-growing parties with charismatic leaders have a record of finding it difficult to sustain their vote, organisation and unity.

“They don’t have the culture of being accountable and being in government, in many cases it is not their objective to form a government, it is to pressurise other parties.”

This makes “high-profile” individuals like Mr Farage “hard to control” – something that could come back to bite the Brexit Party from behind further down the line.