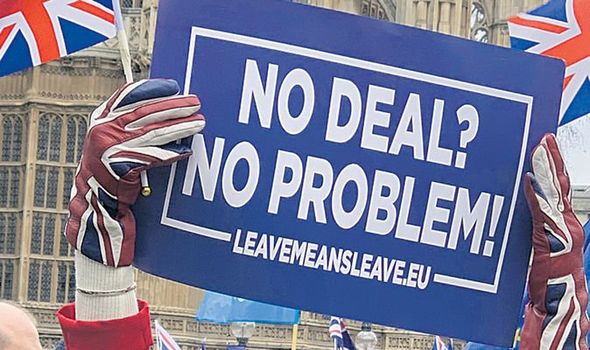 Michel Barnier, the EU’s chief negotiator, is expected to remain in London until tomorrow after delaying his return to Brussels after the latest discussions. He is likely to carry on intensive discussions with his British counterpart Lord Frost. Boris Johnson’s spokesman has revealed talks on legal texts to underpin a deal are being held for the first time.

The spokesman said: “There is much work to be done if we are going to bridge the ‘significant’ gaps that remain between our positions in the most difficult areas – and time is very short.

“We are in an intensive phase of the talks. There’s significant work to do to bridge the gaps that remain between the two sides.”

Mid-November is viewed as the last point an agreement can be reached because it will need to be ratified in the EU. 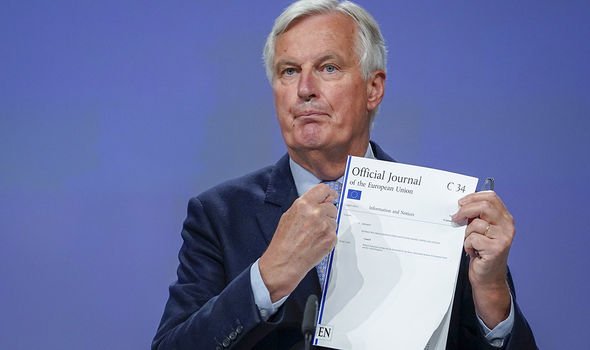 But French President Emmanuel Macron has “not moved at all” on demands for sweeping fishing rights, it was said.

The Government is now hoping German Chancellor Angela Merkel can “unlock” the issue.

Mr Johnson dismissed claims he is waiting for the US election result before deciding what his next move is in the trade talks.

He said the two issues are “entirely separate” and the Government will “see where we go” as the talks continue.

It comes as pressure intensified within the EU for a deal to be struck over fears of a £30billion blow to trade.

Business leaders warned that Germany, France and the Netherlands have the most to lose if the EU refuses to compromise in the rows over fisheries and common standards.

A report by German insurance giant Allianz said that the chances of a no-deal Brexit have “considerably increased to 45 percent”.

The study said: “A hard Brexit could cost as much as £29billion in annual exports to the EU, with Germany, the Netherlands and France hit the hardest.”

Researchers predict Germany could lose as much as £7.4billion in annual trade with the UK as a result of a no-deal Brexit.

The Netherlands would also be hit by a decrease of £4.3billion and France one of £3.3billion in business with Britain if negotiators cannot broker a future relationship pact.

The report points out the impact on German car- makers, who would suffer a £2.6billion-a-year slump in a no-deal Brexit.

Allianz called on the EU and UK to conclude their negotiations in three weeks to ensure businesses on both sides have enough time to adapt to the changes.

Winklevoss Twins: Bitcoin Is Going to Get Much Bigger

Michael Moritz Is Secured as Klarna’s Next Chairman