The UK completed its departure from the EU at the end of last year but a new row has erupted with Brussels’ hardline refusal to grant equivalence to the City of London, which has sparked fury among Bank of England Governor Andrew Bailey, among many others. But experts have warned the EU’s punishment of London may come back to bite them, and risks inflicting more damage on European markets at a time when economies are looking to rebound after Brexit and the coronavirus pandemic.

William Wright, founder of the New Financial thinktank, has warned Europe is to experience that “shrinking feeling” following the loss of the UK from Brexit.

The UK accounts for almost a third of all capital market activity in the EU, according to New Financial’s data, which is nearly twice that of France and more than France and Germany combined.

The EU might still be a giant in financial services and is the world’s second-largest capital market behind the US with 22 percent of global activity, but the departure of the UK shrinks that dramatically to just 13 percent. 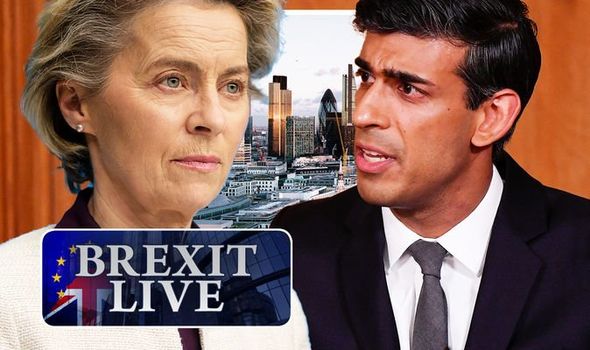 But Mr Wright has warned the EU to be careful as the City is well ahead in most of the other metrics that matter – the UK accounted for 40 percent of the EU’s pension assets, which was more than double the next nearest rival in the Netherlands.

The New Financial think tank founder said: “In the longer term I think there is a potential risk to the EU if it is not careful in its understandable desire to develop what it calls strategic autonomy in financial services, not to be reliant on a country outside of the EU for a large part of its capital markets and finance activities.

“If the EU handles this in the wrong way, it may just send a message to companies and investors around the world that it is not fully open for business.

“That would probably have a longer-term impact on the EU on discretionary investment, if a Chinese company or a Chinese bank is thinking about where it’s going to invest in Europe.

“If the EU doesn’t handle this more sensitively, in time it may see some of those discretionary investments bypassing the EU and going elsewhere.”

A joint statement said they had a “frank but constructive discussion” in which they agreed to “spare no effort” in implementing solutions.

Mr Gove and Mr Sefcovic agreed to convene the joint committee tasked with implementation of the protocol by February 24 to provide “the necessary political steer”.

The statement said the two sides have agreed to find “workable solutions on the ground” and would look to engage with business groups in Northern Ireland.

Mr Gove and Mr Sefcovic also reiterated their “full commitment” to the Good Friday Agreement, and impacting as “little as possible” on those living in both Ireland and Northern Ireland. 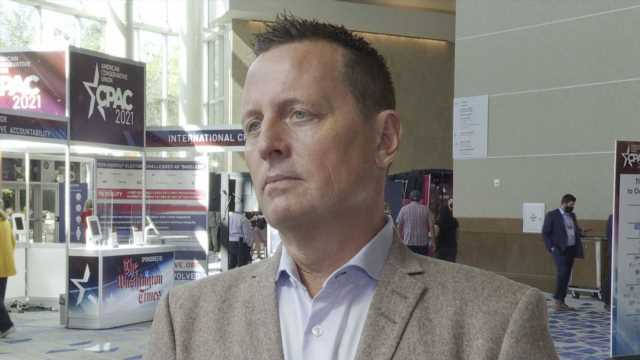