Joe Biden insisted he would not let Brexit interfere with the future of the peace agreement in Northern Ireland should he be elected as the next US President in November. Mr Biden echoed threats from members of Congress who warned they would withhold their support for any future trade deal with the UK should peace be jeopardised. The warning resonated loudly with British diplomats in the US as BBC North America editor Jon Sopel reported the US presidential candidate is having them “flying blind” by refusing meetings.

Mr Sopel said: “One of the weirdnesses of the current situation, maybe this is a really geeky point.

“Following the accusations of Russian interference in the 2016 election, the Democrats, the Biden campaign, are refusing to speak to any foreign governments at all.

“Normally, diplomats from the British Embassy, the French Embassy, the Germany Embassy, you name it, would be out on the road with the Biden people so that they would know on day one who the important people are. 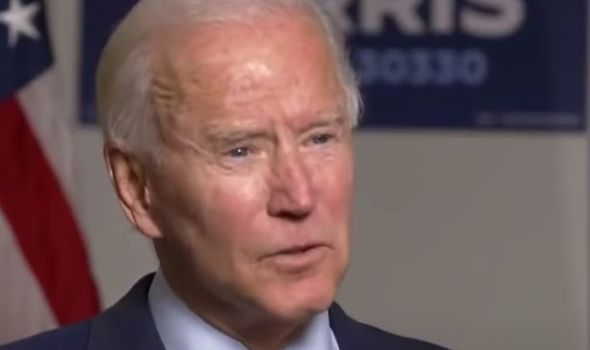 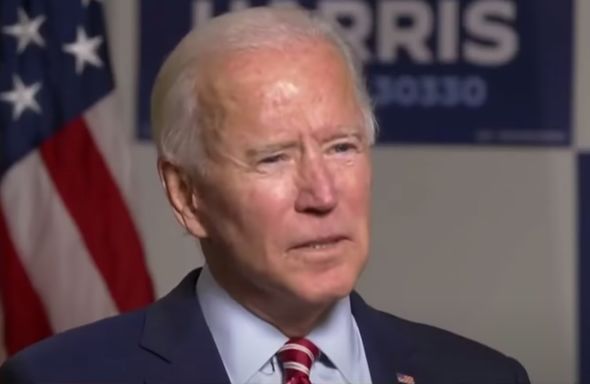 “This isn’t happening this time, so there is a sense the British are flying blind as are all the other foreign governments.”

He continued: “I think that’s making their calculations much more difficult about what they need to do to get people on side.

“But on this issue of a trade deal, they know it is critical to get them on side. The single biggest country the UK exports to is the United States.”

Prime Minister Boris Johnson and his Government have long maintained they want to strengthen the UK’s commercial links to the US with a new post-Brexit trade agreement.

But his Internal Market Bill, which he claims would protect the sanctity of the UK market, has threatened to derail his plans.