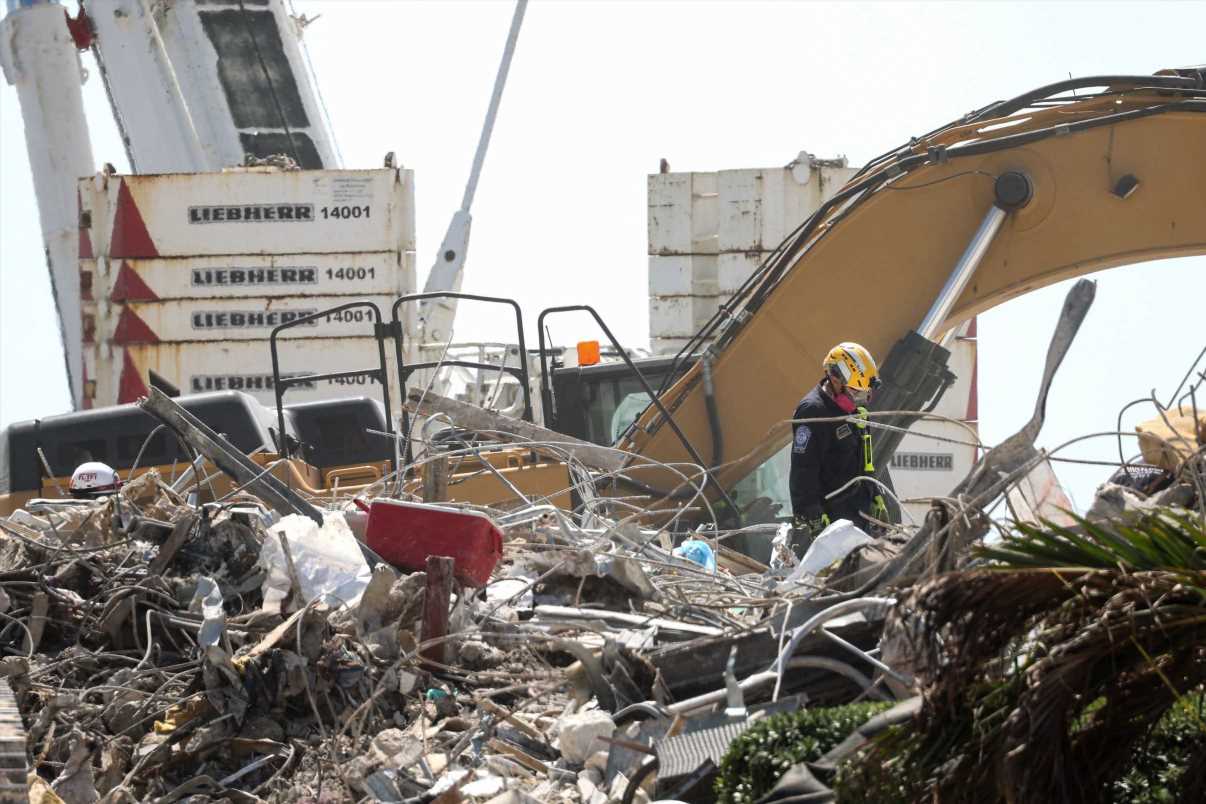 At least 94 are confirmed dead and 22 unaccounted for at the site of the collapse of a 12-story condominium building in Surfside, Florida as search efforts enter a third week, Miami-Dade County Mayor Daniella Levine Cava said at a press conference Monday morning.

"Please join me in continuing to pray for those we have lost, the families who are grieving and those who are still waiting," Levine Cava said.

Since the collapse of Champlain Towers South on June 24, search teams have worked tirelessly to recover victims from the rubble. However, authorities said last week that the possibility of finding someone alive from the collapse was now "near zero."

Search teams have shifted operations from rescue to recovery, and authorities said they hope to conclude search efforts in the coming weeks as a team from Israel departed the site on Saturday.

The Israeli search team had worked alongside first responders from Miami, Miami-Dade County and Mexico to comb through the rubble of the collapse and were commemorated in a memorial walk near the site.

"This walk was truly a beautiful moment for those of us who were able to participate," Levine Cava said on Sunday.

"Members of the community, first responders, international partners — we all came together once again to recognize the enormous tragedy and the extraordinary efforts of everyone who has helped to get us through these difficult, difficult days," she said.

Surfside Mayor Charles Burkett said on Sunday that recovery efforts will continue until all those who are unaccounted for are found.

"It's been two weeks, and the conditions are very, very tough. But that hasn't slowed down the work," Burkett said Sunday.

An investigation into the cause of the collapse continues, with the National Institute of Standards and Technology evaluating the structure's remains and conducting tests on several pieces of concrete.

Recent evidence indicates that Champlain Towers South had structural flaws as far back as 2018, with waterproofing issues beneath the pool and cracking in the underground parking garage. Experts have also said that the repeal of a Florida law in 2010 that required condominium buildings to plan for repairs may have contributed to the collapse.

Champlain Towers North, the sister property of the collapsed condominium building, is also under investigation to determine whether the structure is safe.

Burkett said on Sunday that recent tests on material samples from the north tower indicate that the concrete strength is "very good." Visual inspections and additional tests are being conducted to evaluate the structure's safety, Burkett said.