What does China's power policy shift mean for metal makers, other energy hogs? 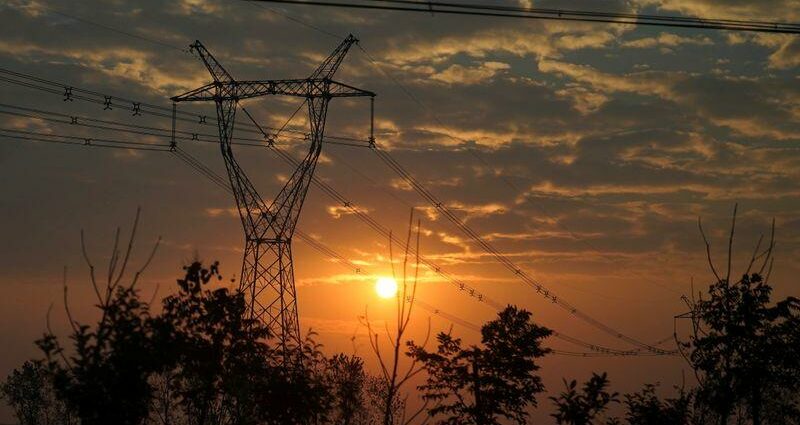 SINGAPORE (Reuters) – Beijing’s liberalization of China’s power markets that allows generators to charge market prices to commercial and industrial customers has significant repercussions for energy-intensive sectors, which previously were able to lock in fixed power costs.

Below is a breakdown of what the policy shift entails, which sectors will be most affected, and what it means for the Chinese economy.

China said on Tuesday it will allow coal-fired power plants to charge commercial and industrial customers market-driven prices for electricity from Oct. 15, as a worsening energy crisis persuaded authorities to pass their boldest power sector reform in decades.

This followed a statement from China’s State Council on Oct. 8 that coal-fired power prices could fluctuate by up to 20% from base levels, and together these measures offer some relief to power generators who have had to restrain power production this year in the face of mounting operating losses.

Some high energy users may face price increases in excess of the 20% rise, in order to encourage greater energy use efficiency, according to the state planner.

Previously, more than half of all commercial and industrial power users in China had some sort of fixed-price deals with grid operators, so the shift to 100% market pricing for industry marks a significant change to China’s power landscape.

Residential and agricultural users, as well as public welfare initiatives, will continue to be charged fixed prices.

Why has China made the change?

Some 54% of China’s power comes from thermal coal, and utilities have struggled to keep up with post-pandemic demand for electricity this year as tightened safety checks at domestic coal mines limited supplies just as demand from industry and manufacturers expanded.

For a graphic on China primary energy source by fuel:

Coal prices in China surged as a result, gaining nearly 200% from a year ago which made it uneconomical for most power plants to generate electricity in recent months.

For a graphic on Global coal prices surge on booming power use, tight supplies in China:

This curtailment in coal-fired power in turn triggered power shortages across several parts of China, including major industrial hubs on the east and south coasts where much of China’s mammoth manufacturing sector is based. here

Which industries have been affected by power curbs?

Several sectors from chemical plants and cement manufacturers to fertilizer makers and even shopping malls have faced curbs during the recent power pinch, which prioritised service to households over business.

Going forward, as generators pass on some rising costs to consumers and raise power supplies, power-hungry industries such as steel, aluminium, cement and chemical producers are expected to face higher and more volatile power costs as previous fixed-cost arrangements are replaced by market-based pricing.

How will output of key metals be affected by this?

Electric furnaces run on electricity and so emit fewer emissions than traditional blast furnaces, but have high power needs.

“The broad story is that there will be an increase in steelmaking costs, more so for EAF. This could amount to around 4.5% of current rebar prices, which are currently at (5,860 yuan per tonne),” according to Li Wang, senior steel analyst at consulting firm CRU.

China is also restricting traditional steel output through mid-March next year to reduce smog, which may further underpin steel prices.

China is also the top producer of aluminium, but power shortages for the past several months have caused over 2.9 million tonnes of energy-intensive Chinese aluminium capacity to be curtailed, according to CRU analyst Ross Strachan.

That’s helped aluminium prices in China climb 50% already this year, and any continued power-fuelled supply curbs should continue to support the market.

“Aluminium prices are already at record highs, and these moves on the main input cost will only support those high prices,” said Paul Adkins, managing director of China-based aluminium consultancy AZ China.

“The downstream industry is already hurting with the combined effects of power shortages and high electricity prices, and this will make it worse.”

What effect will these higher costs have on the economy?

China’s factory gate prices hit 13-year highs in August on higher power and commodity prices, and may now climb further as higher energy costs get passed on by utilities.

“We estimate the new pricing scheme could raise power prices for non-agricultural businesses by around 10% which, in turn, may add 0.4 percentage points to China’s GDP deflator (the ratio of nominal GDP over real GDP) when rising power prices pass through to the rest of the economy,” according to Ting Lu, Chief China Economist at Nomura in Hong Kong.