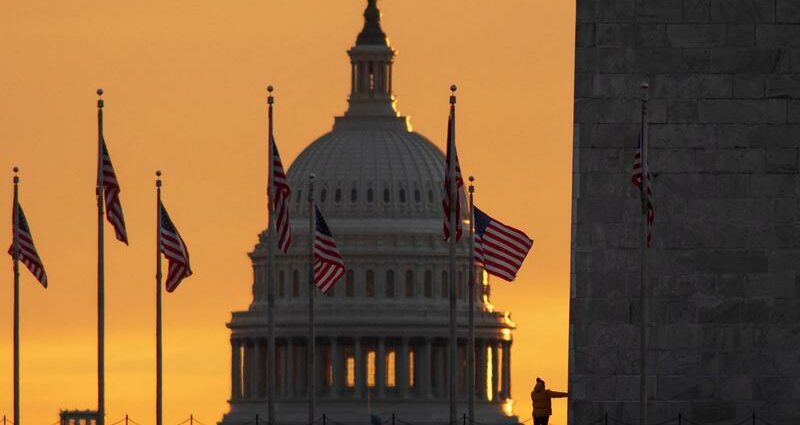 (Reuters) -Donald Trump’s lawyer argued in court on Monday that the former president cannot be sued over his fiery speech before the deadly Jan. 6, 2021, attack on the Capitol because he was acting within the scope of his official presidential duties.

Trump’s lawyer, Jesse Binnall, said during a court hearing that Trump was “immune,” or shielded, from three lawsuits by Democratic members of Congress and two police officers.

The lawsuits, filed by plaintiffs including Democratic U.S. representatives Eric Swalwell and Jerry Nadler, argue that Trump is liable for injuries to police and lawmakers.

Looming large in the case is a Supreme Court case from 1982 holding that presidents are immune from lawsuits over their official acts.

During a five-hour court hearing, U.S. District Judge Amit Mehta in the District of Columbia pressed lawyers for both sides about the limits of this presidential immunity.

Plaintiffs lawyer Joseph Sellers countered that Trump’s speech was a campaign event, not an official act and said it was “inconceivable” that the Supreme Court intended to shield presidents from lawsuits over this sort of conduct.

“There is no legitimate role for fomenting an insurrection aimed at Congress,” Sellers said.

The Democratic lawmakers have invoked an 1871 law passed to fight the white supremacist Ku Klux Klan that prohibits political intimidation.

A person touches the Washington monument as the sun rises over the U.S. Capitol, on the first anniversary of the January 6, 2021 attack on the Capitol by supporters of former President Donald Trump, in Washington, U.S., January 6, 2022. REUTERS/Tom Brenner

The lawsuits charge that the Capitol attack was a direct consequence of Trump’s actions, including the speech to thousands of supporters who then stormed the building to try to overturn President Joe Biden’s election.

Mehta did not issue a ruling on Monday, saying during the hearing that the litigation raises difficult legal questions.

“If there is one thing this hearing has shown it’s that this is not an easy case,” Mehta said.

At one point, Mehta questioned whether Trump’s remarks in the aftermath of the Capitol siege were intended to encourage rioters.

“What do I do about the fact the president didn’t denounce the conduct immediately?” Mehta said to Binnall.

“Isn’t that, from a plausibility standpoint, enough to at least plausibly infer that the president agreed with the conduct of the people that were inside the Capitol that day?”

Binnall replied: “The president cannot be subject to judicial action for any sort of damages for failing to do something.”

Trump was impeached by the House of Representatives and acquitted by the Senate on a charge of inciting the riot, which is also under investigation by a House select committee.

Brooks, representing himself during the hearing, asked Mehta to dismiss Swalwell’s claims against him.

Brooks argued his remarks at the Jan. 6 rally were within the scope of his duties as a House member. A law called the Westfall Act protects federal employees from being sued for actions taken as part of their jobs.

Trump and his co-defendants have argued that their remarks preceding the Jan. 6 attack were political speech protected by the First Amendment of the U.S. Constitution.