Plato Investments managing director Don Hamson says Australian iron ore producers are set to benefit in the fallout from coronavirus as China will ultimately seek to stimulate its economy by investing in infrastructue.

Dr Hamson warned other resources, like thermal coal, have a shorter shelf-life for investors.

The investment house has been bullish in its acquisition of stocks in the resources sector, particularly iron ore, in the anticipation the Chinese government will ramp up its steel production to drive growth following the coronavirus-induced slump. 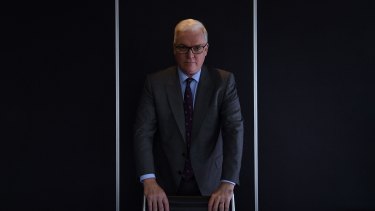 Steel is made by using coking coal to burn iron ore and Dr Hamson said China’s focus on reducing its air pollution means it will turn to premium sellers of the resource.

"How do the Chinese produce steel while limiting pollution? They want to use high quality Australian and Brazilian iron ore, those with a higher iron content so they will use less coking coal to burn out the impurities," he said. "China is producing record levels of steel and we expect the long-term outlook to be pretty good."

Dr Hamson established Plato in 2006 and the fund now has $5 billion under management that is largely invested in global and Australian equities.

Tax has long been an interest of Dr Hamson's. He wrote papers on the topic during his time in academia – where he studied finance and then a doctorate of philosophy at the University of Queensland – and eventually ran Westpac’s tax effective fund for five years.

He said knowing tax ultimately taught him how to tailor funds to individuals.

"Individuals and superfunds are all taxed slightly differently. So the tax effectiveness depends on who the end client is.

"Tax depends on who you are … It actually got me thinking about if we know the client well, we could run a fund as a tailored experience," Dr Hamson said.

"It might be great if you have a mortgage but it is not very good if you’re a retiree trying to live off the income from your investments."

While the demand for iron ore is predicted to remain strong, Dr Hamson said thermal coal is another story. "It is a cyclical choice. So over the longer term you are seeing that the value will dissipate," he said.

"As we see more and more alternatives with renewables coming onto the market, the value of thermal coal will diminish … There’s only a medium term horizon for thermal coal to make money."

A small but growing number of institutional and individual investors are demanding low-carbon investment portfolios, said Dr Hamson, and in-house research obtained exclusively by The Age and The Sydney Morning Herald shows these portfolios provide slightly higher returns in the long-run.

Plato built a portfolio with Australian equity stocks that produce 20 to 30 per cent less carbon than the index and over an 11-year period it found these portfolios performed on par, or above the index. The risk of a negative impact on returns started to rise once the carbon was reduced by more than 30 per cent, but Plato said it can "optimise this based on an investors risk tolerance".

Dr Hamson said while there may be a perception that low-carbon stocks underperform, "our research suggests you don’t have to make that sacrifice".

In one of the first projects of its kind, the research found actively investing in a "prudently developed" decarbonised strategy meant the fund could achieve the "dual objectives" of decarbonisation and strong returns.

"Little literature exists to guide decisions about whether or not shifting to carbon-light portfolios can add to, or even potentially harm returns, making the decision to decarbonise a difficult one," the paper said.

Plato "hadn’t got around" to divesting in thermal coal, Dr Hamson said, but on the whole he believes funds should remain engaged with the industry.

"Unfortunately we can’t turn coal off immediately so we have this period where we rely on coal and Australian coal is quite high quality, but as more and more solar and wind come on board, coal will be phased out.

"The sooner that happens the better," Dr Hamson said.

Plato is a member of Climate Action 100, an environmentalist group that enables investors to have roundtable conversations with some of the world’s largest polluters and Dr Hamson said engagement was a more proactive way of to reduce emissions.

"We think it’s better to talk to those companies and make sure we understand their plans and how they are fitting in with the Paris Agreement than simply to say divest from that group and sell out completely," he said.