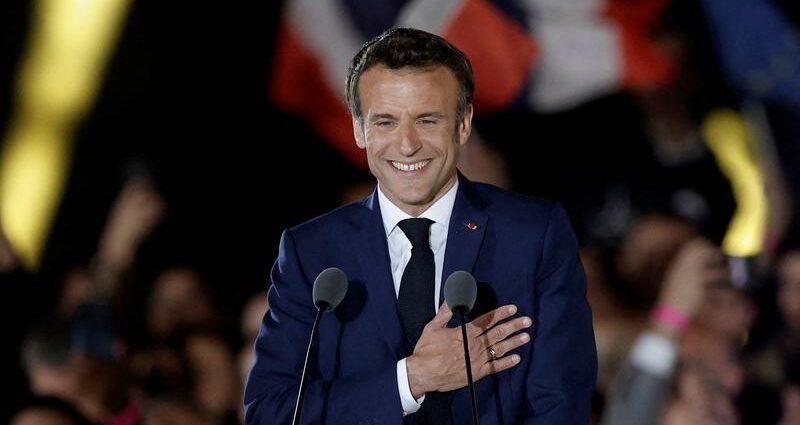 French President Emmanuel Macron gestures as he arrives to deliver a speech after being re-elected as president, following the results in the second round of the 2022 French presidential election, during his victory rally at the Champs de Mars in Paris, France, April 24, 2022. REUTERS/Benoit Tessier

The abstention rate was 28.1% against 25.4% in 2017, marking the lowest turnout ever recorded in a French presidential election final since 1969.