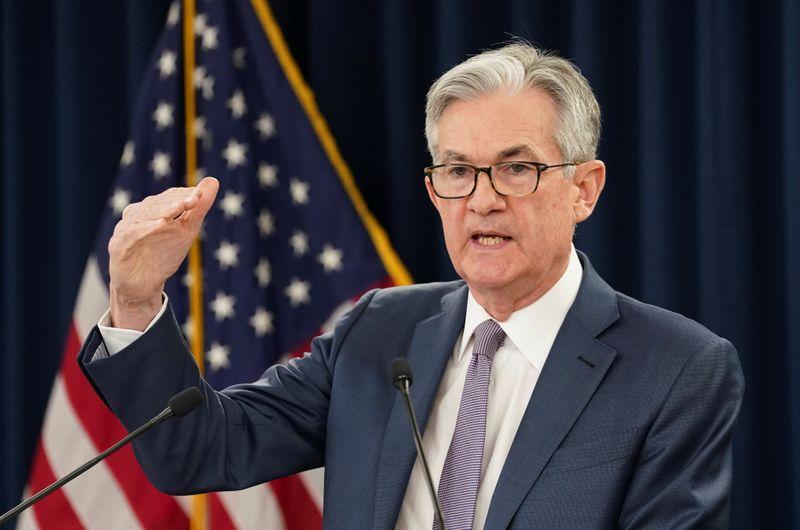 LONDON (Reuters Breakingviews) – Federal Reserve Chairman Jerome Powell has pulled out all the stops to halt emerging signs of stress in financial markets. However, even his best efforts will only mitigate such tensions, not eliminate them.

Powell on Sunday announced his second emergency easing in two weeks, promising to buy at least $700 billion worth of Treasuries and mortgage-backed securities to help the United States cope with the coronavirus. In addition, the Fed and five other central banks said they would offer dollar credit to banks on a regular basis at a cheaper rate than usual.

There were good reasons for the Fed to act before its March 17-18 policy meeting. One was a reappearance last week of market stress signals last seen during the global financial crisis. Take three-month euro/dollar cross-currency basis swap spreads, which measure the cost of swapping dollar-denominated interest payments into euros. When appetite for dollars surged towards the end of last week, the premium demanded for lending the greenback jumped by the most in a single day since December 2008.

Even more worrying were huge price gyrations and poor liquidity in U.S. government bonds, supposedly the world’s most liquid debt market. This didn’t happen even during the financial crisis. Senior bankers blamed uneven demand: investors flocked to 10-year or 30-year paper rather than less liquid 20-year debt, and snapped up the most recently issued bonds of a particular maturity. This caused aberrant price gaps between liquid and less liquid bonds and made it harder to hedge risks. Less liquid Treasuries were then given an even wider berth, exacerbating the problem.

Ensuring there is an ample global supply of dollars will help prevent acute money market strains of the sort seen in 2008. And the Fed can focus asset purchases on less liquid Treasuries to prevent further U.S. bond market turmoil. But neither tactic is a panacea. Unlike the financial crisis, where banks were the epicentre of the problem, the root cause of market stress this time is concern that previously healthy companies might go bust.

The Fed has done what it can to ensure businesses have access to ultra-cheap credit. But it can’t force banks to lend, or offer loan guarantees to tide companies through a bad patch as governments can. The biggest problem is still unsolved.