LONDON (Reuters Breakingviews) – Corporate bailouts should be quick, big and wide. From airlines to carmakers to restaurants, businesses around the world are pleading for state support to cope with the coronavirus-induced blow to their revenue. Governments are scrambling to help. The best way to do so is to swiftly offer cheap loans to any business that wants them. 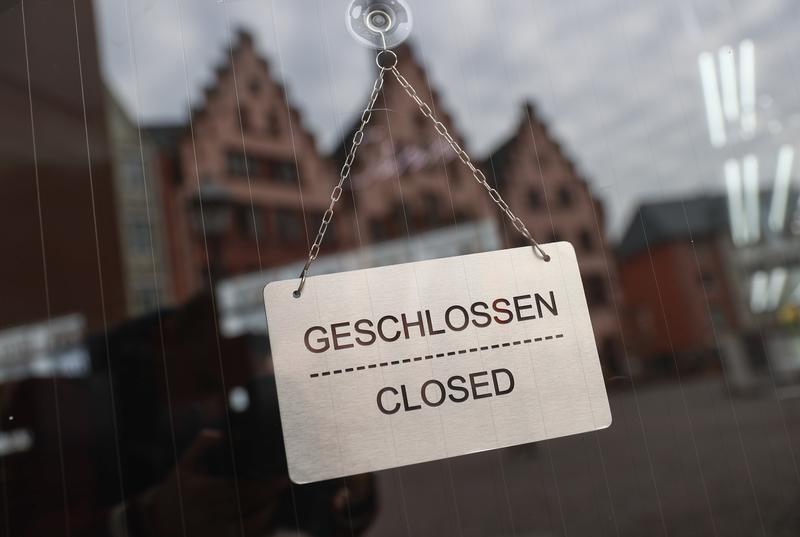 The first objective of any safety net is that it should be as wide as possible. Governments have plenty of experience of propping up specific industries: think banks in 2008, or airlines after the attacks of Sept. 11, 2001. The coronavirus shock is different, because it affects almost every enterprise. Canned goods aside, most businesses will struggle when governments are banning travel, closing shops and cinemas, and telling people to stay at home. Devising schemes for favoured industries, like U.S. President Donald Trump’s proposed $50 billion package for the country’s airlines, risks missing the point. Everyone needs help.

The second objective is that aid must come quickly. Restaurants and retailers are already closing their doors and laying off staff. British fashion group Burberry said on Thursday it expected sales in its stores to be down as much as 80% in recent weeks. No company can survive the almost complete disappearance of revenue for long. The priority is to keep as many of them afloat as possible. That will enable activity to recover quickly when the health crisis recedes.

The best way to provide support is through cheap government-guaranteed loans. That’s because the banking system is already set up to disburse credit. Giving the state shares in return for cash would often require companies to seek shareholder approval, slowing down the process. Britain, Germany, France and others have committed hundreds of billions of dollars of credit guarantees, though many are still working out the details. The outlines should be straightforward, though.

Previously viable companies could apply to borrow the equivalent of, say, six months of operating expenses, at low interest rates. The mechanics would vary from country to country. Germany has already pledged to provide unlimited amounts of credit to companies as part of a “protective shield” channelled through the KfW state investment bank. Britain could revive the Funding for Lending scheme it launched in 2012. The U.S. Federal Reserve could backstop bank loans, as proposed by former Fed Governor Kevin Warsh.

The loans should come with conditions – though not too onerous, or companies will risk failure rather than take them. First, they should rank senior to existing debt. That might cause some objections from other lenders, but it would ensure that if the company fails – and many will struggle to survive even with government help – taxpayers are first in line to be repaid.

Second, the money must go into the business. Borrowers should be prevented from buying back shares, or engaging in mergers or acquisitions, until they have repaid the loan. Dividends could still be paid – cancelling payouts would put even more strain on pension funds and insurance companies that own the shares – but not increased. Ideally, the loans would also come with restrictions on top executives’ bonuses. On Thursday, Trump said he didn’t object to restrictions along these lines.

Finally, repayments should be flexible. Companies will be understandably reluctant to take on more debt when the outlook is so uncertain. They should therefore not have to pay anything back until the virus has abated and business is returning to normal. For those that struggle to repay the debt, governments could eventually consider writing off loans, or exchanging them for shares in the company.

Such radical rescues will raise several legitimate concerns. The first is that they protect shareholders rather than workers. But if companies are confident they will still be in business in a few months, they are more likely to hang onto their employees. Governments will need separate programmes to help workers facing hardship, particularly freelancers and people on flexible contracts. Corporate bailouts will not help those people directly, and that shouldn’t be the goal.

Another drawback is that the bailout is indiscriminate. Reckless companies that previously borrowed too much, or spent heavily buying back shares, would be saved alongside more responsible ones. That’s inevitable, though. In an economy-wide shutdown, there’s no point trying to decide which companies deserve to survive. Moral hazard fears can also be largely dismissed. No business operates in the expectation of a bailout triggered by a once-in-a-century global pandemic.

The coronavirus presents governments with many challenges. Their top priorities are to protect public health and to help vulnerable people and those who are unable to work. Keeping businesses afloat, though, is vital to ensuring a swift recovery. That is why corporate bailouts should be big and wide. Above all, though, they need to be quick. That also means simple, even if it calls for tolerating imperfections.