Decred (DCR) is, by many measures, the most community-oriented blockchain project out there.

Through a hybrid consensus system, Decred captures the most desirable features of both proof-of-work and proof-of-stake. The security and integrity of the Decred blockchain is maintained through proof-of-work mining, while proof-of-stake is used to decentralize the project’s governance and management. You can read more about Decred’s unique governance model in this introductory article: What Is Decred?

This article will focus primarily on the 2018 Decred roadmap that was published on February 28, 2018. Unlike many other teams in the blockchain space, the Decred team does a good job of thoroughly explaining each item on the roadmap and keeping coin holders informed about progress being made. With all of the exciting developments going on, you can bet there are more than a few Decred enthusiasts out there who are using this bear market as an opportunity to fill their bags with the self-governing cryptocurrency.

Still, marketing and hype have never been a focus for the Decred team. As a result, there are a lot of crypto investors who don’t know much, if anything, about Decred. That is set to change in 2018, which is a big reason why Decred was included in Invest in Blockchain’s Top 5 Cryptocurrency Projects to Watch in March 2018.

Let’s get to recapping the project’s recent progress and analyzing the 2018 roadmap.

In 2017, the Decred development team completed work that enables coin holders to vote on hard forks. At the same time, they made substantial progress on a proposal system that gives users the ability to have an input on new development tasks.

Those two deliverables are part of a solution for converting Decred from a centrally-governed project to a stakeholder-directed DAO (Decentralized Autonomous Organization). For those who aren’t familiar with the term, a DAO is a type of organization that can run without anybody managing it, giving all of its individual participants greater agency in managing the organization.

Since its conception, Decred was always intended to be a fully self-governing cryptocurrency. Until 2017, however, it was necessary for the Decred team to manage the project and control its direction. Now that they have completed some of the infrastructure needed for decentralized governance, Decred stakeholders will be taking the reins and steering the project forward.

As mentioned above, hard fork voting is the part of the decentralized governance infrastructure that has already been delivered. It was made available in April 2017, enabling Decred stakeholders to vote directly on protocol changes. This made Decred the first ever cryptocurrency to require explicit stakeholder approval for consensus changes and to deliver consensus changes that are activated automatically based on the results of the votes. 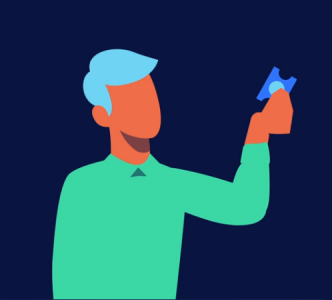 The 2018 roadmap addresses one of the other significant deliverables that’s necessary to fully convert Decred into a stakeholder-directed DAO. It’s an off-chain system – called Politeia – which allows coin holders to make proposals for project development tasks and to vote on the implementation of those developments.

Anybody, regardless of how much Decred they own, will have the ability to propose development tasks in exchange for a small fee. Once a proposal has been submitted, stakeholders can buy tickets that give them a vote on which proposals will be funded and developed.

Politeia puts the direction of the project entirely in the hands of the stakeholders. What’s more, it will have the extra functionality of allowing voters to dictate what tasks do and do not get funded from the project development fund. That will only be a temporary feature of Politeia, though.

Eventually, the development team will create a succinct smart contract to give Decred stakeholders control over the distribution of funds using on-chain votes.

Just as Decred’s developers benefited from their experience with Bitcoin’s governance issues to design a better governance system, they will attempt to learn from the mistakes of The DAO, an Ethereum-based development fund that was hacked and drained of more than 3.6 million ether.

The Politeia proposal system is already close to completion, and the day that it goes live will go down as a monumental day in the project’s history. The smart contract that will decentralize control of the development funds will become a focus later on, after some more important deliverables have been completed.

Blockchain governance isn’t the only place where Decred deviates from the industry norms. Another area where the team aims high is with DCR wallets.

One of the big deliverables from 2017 was improved GUI (Graphical User Interface) wallets, which make it more straightforward for users – especially non-technical ones – to participate in the proof-of-stake system and to safely store their DCR.

Once GUI wallets were feature-complete, development moved forward on adding support for SPV (Simplified Payment Verification) wallets. Typical wallet services are connected to centralized servers, sacrificing a degree of privacy in exchange for greater convenience. Unsurprisingly, Decred opted to go the hard route with SPV support to ensure that user privacy is preserved and wallets can interact over a peer-to-peer network.

A lot of progress has already been made on the SPV wallet support, which you can follow along with here.

Although Decred blocks are processed in half the time of Bitcoin (5 minutes instead of 10 minutes), that’s still not nearly good enough for Decred to scale as a medium of exchange.

That’s where the Lightning Network (LN) – an off-chain scaling solution for instantaneous micropayments – comes in. As a fork of Bitcoin, Decred has enough in common with the top cryptocurrency to implement LN – specifically Lightning Labs’ lnd version.

While there was substantial work done on this front in 2017 and early 2018, there are still some outstanding issues that need to be resolved before LN can be tested and made available to Decred users. The complications stem from the fact that Decred doesn’t have many of the changes that were made in Bitcoin’s SegWit soft fork, without which LN is potentially more buggy and certainly less efficient.

Most of the dirty work is already finished for porting LN to Decred, though, so hopefully it will be up and running soon.

There was one big teaser on the 2018 roadmap that has a lot of Decred users excited – privacy features. The team chose not to disclose any details about this work just yet, but it already has some speculating that Decred will one day be a superior alternative to Monero.

The initial privacy release will include functional code as well as an outline of the team’s plans for further privacy improvements.

We will have a substantive update on the privacy front in the near future. Our approach will be different from other projects…

Considering what a game-changer privacy features can be for any cryptocurrency, we’ll be anxiously awaiting the initial release.

As you likely already know, Decred was part of the first ever atomic swap along with Litecoin. An atomic swap is a near-instantaneous exchange of one cryptocurrency for another that doesn’t require any intermediaries.

Ultimately, atomic swaps will likely turn out to be an integral part of the cryptocurrency market. The Decred team plans to continue working at the forefront of development on atomic swaps, as they have a vision for creating a decentralized exchange that uses atomic swaps to get rid of trading fees. The development will be an open effort, and the team is hoping that other cryptocurrency projects will get involved and contribute to making the decentralized exchange successful.

A more detailed proposal for the DEX will be included in the next Decred blog post, which will likely be published in April or May.

Considering that it’s been around for a few years and has a fully functional blockchain, Decred is still relatively unknown in the blockchain world.

The Decred team has always prioritized sound engineering over marketing and generating hype. That strategy has been effective in developing a high-quality cryptocurrency, but it’s left a little to be desired when it comes to Decred’s value relative to other lower quality projects.

With marketing becoming a bigger priority in recent months, hopefully more cryptocurrency enthusiasts will be introduced to Decred in 2018. Considering all of the potential improvements described in this article – especially the privacy release and first-of-its-kind decentralized exchange – a little extra attention for the project might just be the catalyst that sends it surging up the market cap rankings during the next crypto bull run.