Consensus Systems (ConsenSys) Global Business Development Director Andrew Keys and the Ethereum Foundation attended the recent Global Blockchain Financial Summit in Hangzhou (People’s Republic of China). Mr. Keys and the Foundation delegates visited different regions and urban centers in this country that contribute to the acceleration of the Ethereum’s market and industry.

ConsenSys creates decentralized apps (DAPPS) Blockchain ecosystem tools for developers and end-users that focus on Ethereum. On the other hand, Ethereum Foundation promotes and supports efforts in education, research and development of protocols and tools that can help developers produce more sophisticated DAPPS. The ultimate goal of said Foundation is to come up with free, more accessible and reliable Internet all over the world.

The group found out that many reputable organizations and institutions which included government-owned corporations as well as academic institutes Like Peking University in Beijing are very aggressive in building apps and platforms above Ethereum Protocol. In fact, the prominent research university established a center dedicated to developing and implementing Ethereum apps.

According to Keys, The Ethereum Lab is building protocol improvements and use cases for apps that impact China in terms of supply chain and energy marketplaces. The joint team likewise toured Royal Chinese Mint, among the principal units of China Banknote Printing and Minting. The latter allocates its resources and assigned developers to digitize the national currency (YUAN or RENMINBI) with Ethereum tokens.

This dynamic development being performed by a state-operated and government-financed entity is considered essential to the approved use of ETH all over China. The main reason is it authorizes the Chinese network and encourages enterprises to research and use Ethereum. The ConsenSys executive acknowledged that Royal Chinese Mint is conducting experiments with ETH smart contracts and ERC-20 standard tokens.

Educational and financial bodies are not only those engaged in the promotion of Ethereum in China. Local Blockchain research outfits and consortia sanctioned by China’s bureaucracy also lead development initiatives and innovation of this crypto currency.

One example is the Jiangsu Huaxin (JBI) Blockchain Research Institute. JBI has been given authority by the Chinese provincial government to endorse and spread adoption of the framework called Enterprise Ethereum Alliance or EEA across the whole country. It collaborated with businesses and consumers in the region for this purpose.

At the moment, JBI is concentrating primarily on technology apps related to the Blockchain along with training of personnel. The institute employs some 30 researchers and developers who work solely on ETH. They were responsible for the translation of Enterprise Ethereum Alliance to the Mandarin dialect. It is obvious JBI will soon become an Ethereum Ecosystem powerhouse and foundation for other companies outside the PROC.

Ethereum continues to awe creative Chinese citizens. Many of them have created groups and sought the assistance of developers to formulate a center for cooperation, communication and synergy. Among these groups is the ETH Fans which is the biggest organization of ETH advocates who speak Chinese.

ETH Fans organizer Shaoping Zhang, who initiated the mining pool project, declared that there are numerous prospects in the financial technology sector. This is the result of efforts to generate cost-efficient techniques that will expand asset financing in China; Blockchain technology properties; and Ethereum.

This group also organized ConsenLabs, an enterprise that will implement digital asset solutions with the initial project, imToken. This smart digital wallet based on Blockchain was designed taking into consideration ordinary consumers and minimizes the complexity of sec during virtual assets.

There are many local developers working on the ETH platform that led to the creation of new exchanges, wallets and mining pools. The technology is gradually saturating the national financial industry. A United States-based research, consulting, market intelligence and advisory services company (Greenwich Associates) conducted a survey recently on Blockchain technology. Its findings revealed that Fin-Tech market investments in said technology were expected to reach $1 billion last year from $474 million in 2015.

One of the most significant developments is that the biggest financial technology firm in China, Ant Financial is currently focusing on the creation and implementation of ETH to boost their operations and put together alternative infrastructures for continuing growth. Ant Financial is one of the holdings of Alibaba which runs the most expensive financial technology app (Alipay) based on market capitalization. Ant Financial experiments with ETH to enhance its international payment systems.

Last January 22, Coin Telegraph published that $60 billion Fin-Tech giant Alipay, was contemplating to take on board Blockchain to augment the company’s ecosystem and financial network. Eric Jing, chief executive officer of Ant Financial made it clear his company’s goal is to be a big multinational and serve two billion users in the next decade through technology. They will collaborate with other partners so “serve the underserved.” 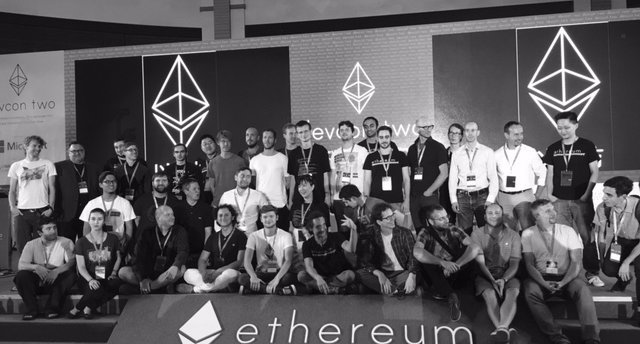 Ethereum Foundation member George Hallam told Coin Telegraph that Dev Con 2 was held in Shanghai in September of 2016 to acknowledge the growth of China within the ETH industry. This summit is the second-biggest Ethereum yearly event. Dev Con 2 is said to be very critical in the Ethereum bionetwork. Participants in the conference included start-up companies, developers and established companies. Many of them volunteered to sponsor the event.

Meanwhile, International Blockchain Week hosted the largest ETH affair and the first three days were spent primarily for Dev Con 3. Demo Day featured various presentations of Ethereum companies and start-ups. The last two days were devoted to the Global Blockchain High-level Meeting. At the Dev Con 2, panels made by developers showcased the progress of the Ethereum roadmap. The city of Shanghai was bustling with leading stakeholders, pioneers and thinkers in this industry. At long last, China is gaining ground as the new home to ETH innovation.

Ethereum continues to dominate the Blockchain industry. Indeed, China is exemplifying this phenomenal growth. The number one Asian country is helping erect the foundation of an Ethereum empire worldwide with plenty of Ethereum powers within its boundaries.