Explainer| Is RBI planning a digital currency for India? 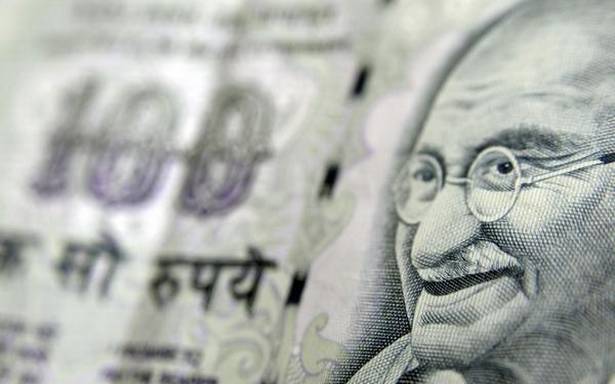 How will the transition to a new monetary system hold up and what are the risks?

The story so far: The Reserve Bank of India (RBI) last week hinted that it will soon begin testing its own digital currency. In a speech delivered on July 22, RBI Deputy Governor T. Rabi Sankar delved deep into the reasons for introducing a digital rupee and the possible systemic risks posed by such a currency. It is worth noting that several countries, including the United States, the European Union and China, have been working seriously towards issuing their own Central Bank Digital Currency (CBDC) in recent years. In October 2020, the Bahamas launched the world’s first CBDC.

What is a Central Bank Digital Currency?

A CBDC is no different from the cash that we hold in our wallets, except that it exists in a digital form. The CBDC will be held in a digital wallet that is supervised by the Central bank. In India, it will be the RBI that supervises the digital rupee although it may delegate some power to banks. It is unclear at the moment whether the RBI will mandate the use of the digital rupee over physical cash. Given the predominance of cash transactions in the economy, such a move looks unlikely. However, it does seem probable that the RBI will take steps to encourage the use of its digital currency over physical cash. It should be noted that the RBI’s digital rupee will not directly replace demand deposits held in banks. Physical cash will continue to be used by banks, and people who wish to withdraw cash from banks can still do so. But they can also opt to convert their bank deposits into the new digital rupee.

Central banks also believe that the cost of issuing digital currencies is far lower than the cost of printing and distributing physical cash. The RBI can create and distribute the digital rupee at virtually zero cost since the creation and the distribution of the digital rupee will happen electronically. Another likely reason for the introduction of digital cash may be to bring down the use of physical cash. Unlike physical cash, which is hard to trace, a digital currency that is monitored by the RBI can be more easily tracked and controlled by the Central bank. This feature of digital currencies, however, has raised various concerns regarding their privacy and could slow down their adoption. In fact, it is worth noting that the need for privacy has been one of the primary reasons behind the switch to private digital currencies.

What are the risks in adopting digital currencies issued by Central banks?

Many, including various central bankers, fear that people may begin withdrawing money from their bank accounts as digital currencies issued by Central banks become more popular. This concern was flagged by the RBI Deputy Governor as well in his speech on last Thursday. Remember that many people currently use bank accounts to safely store their cash. When the digital wallet offered by the RBI can serve the same purpose, people could very well begin converting their bank deposits into digital cash.

The withdrawal of bank deposits can also affect the amount of money that banks can create in the form of loans. This is not because banks will have fewer deposits to lend to borrowers as their depositors move to digital currencies issued by Central banks. Contrary to popular belief, banks do not loan out the money that they receive from their depositors. Instead, they use customer deposits as the base on which they create a pyramid of loans electronically that is far in excess of the actual deposits. This means that banks at any point in time hold lesser cash in their vaults than what their depositors could demand from them. When customers want to convert their bank deposits into, say, digital rupees, which offer the same sovereign guarantee as bank deposits, banks will have a smaller base on which to create loans. More importantly, when bank customers wish to convert their deposits into digital rupee, the RBI will have to take these liabilities from the books of banks and onto its own balance sheet.

There is speculation already that Central banks will cap the amount of money that an individual can hold in the form of CBDCs. This is to prevent the mass withdrawal of deposits from banks. Some even believe that some Central banks, such as the European Central Bank, may impose a negative penalty on their digital currencies. This could be done to force people to spend their digital currencies and to discourage the withdrawal of deposits from banks that impose negative interest rates.

Central banks may also have to inject fresh money into banks to ensure that the ability of banks to create loans is not affected by depositors’ rush to digital currencies. As noted earlier, banks’ cash reserves determine the amount of loans that they can create electronically. Interestingly, CBDCs could eventually take over this crucial role that cash reserves play in the current banking system. This could happen as more and more physical cash gets converted into CBDCs and these in turn are deposited into banks. In that case, the difference between CBDCs and loans created electronically by banks could turn out to be very little as both would simply be digital forms of the same currency. This could eliminate the risk of bank runs as banks will then no longer have to satisfy the cash demands of customers. But it can also lead to rampant money creation by banks since they no longer need to worry about the risk of a depositor run when they create too much money.