Bank Of England To Raise Rates For Fifth Time 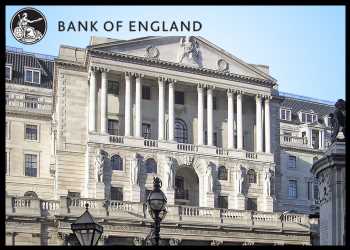 The Bank of England is widely expected to raise its interest rates for a fifth policy session in a row on Thursday amid soaring inflation that is fueling further rise in cost of living and severely hurting consumer confidence.

The Monetary Policy Committee, led by Governor Andrew Bailey, is widely expected to hike the bank rate by 25 basis points to 1.25 percent, the highest level since 2009. The bank has raised the rate by a total 90 basis points since December 2021.

The split in the MPC is expected to continue. Another 6-3 vote in favor of a quarter basis point hike seems the most likely outcome, ING economist James Smith said.

Headline inflation shot up to 9.0 percent in April from 7.0 percent in the previous month, way above the central bank’s target of 2.0 percent.

The latest survey from the central bank showed last week that households’ inflation expectations for the year ahead continued to rise.

Recent surveys have shown several economic indicators signaling tough times for the economy ahead. The unemployment rate ticked higher and private sector growth is at a 15-month low.

The think tank NIESR this week predicted a 0.4 percent fall in economic output in the second quarter. The extra bank holidays in June to celebrate the Queen’s platinum jubilee is expected to have a one-off effect on the second quarter output.

However, the government stimulus may underpin the economy and help it avoid a technical recession.