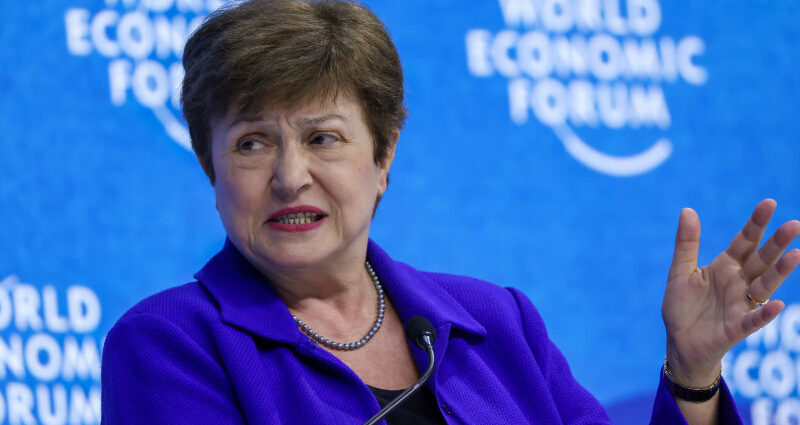 The heads of the International Monetary Fund and World Bank warned of a rising risk of a global recession as advanced economies slow and faster inflation forces the Federal Reserve to keep raising interest rates, adding to the debt pressures on developing nations.

In the US, the world’s largest economy, the labour market is still very strong but is losing momentum because the impact of higher borrowing costs is “starting to bite,” IMF Managing Director Kristalina Georgieva said on Monday. The euro zone is slowing as natural gas prices soar, as is China due to Covid-19 disruptions and volatility in the housing sector. 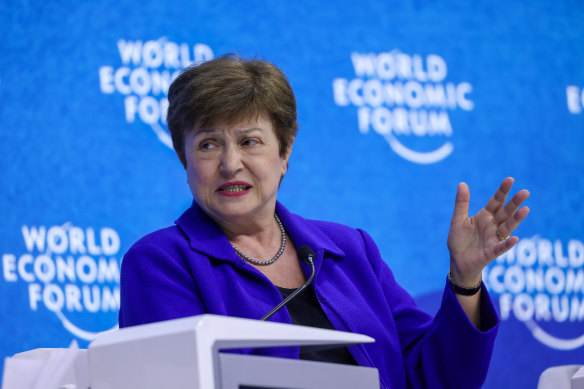 “If you don’t do enough, we are in trouble.“: IMF managing director Kristalina Georgieva says inflation needs to be reined in.Credit:Bloomberg

The IMF calculates that about one-third of the world economy will have at least two consecutive quarters of contraction this year and next, and that the lost output through 2026 will be $US4 trillion ($6.4 trillion).

At the same time, policymakers can’t let inflation be a “runaway train,” Georgieva said at a virtual event kicking off the IMF and World Bank’s annual meetings. “If you don’t do enough, we are in trouble.”

She added that fiscal support should be well-targeted so that it doesn’t fuel inflation, and that the world needs to help emerging and developing economies hit particularly hard by tightening financial conditions.

World Bank President David Malpass, speaking alongside Georgieva, warned that there’s a “real danger” of a worldwide contraction next year. The dollar’s strength is weakening the currencies of developing nations, increasing their debt to “burdensome” levels, he said.

JPMorgan Chase & Co chief executive Jamie Dimon said in an interview with CNBC the United States and the global economy could tip into a recession by the middle of the next year.

Runaway inflation, big interest rates hikes, the Russian invasion of Ukraine and the unknown effects of the Federal Reserve’s quantitative easing policy are among the indicators of a potential recession, he said in an interview to the business news channel.

“These are very, very serious things which I think are likely to push the US and the world — I mean, Europe is already in recession — and they’re likely to put the US in some kind of recession six to nine months from now,” Dimon said.

At an event later on Monday, Georgieva said the IMF estimates that there’s a $US9 billion shortfall in balance of payments coverage for middle- and low-income countries. The IMF’s creation last month of a “food shock window” of emergency financing will help meet those needs, she said.

In a wide-ranging conversation with representatives from civil society groups, Georgieva said she’s encouraged by the latest IMF board discussion on quota review, or updating the fund’s shares to give emerging economies a larger voice. That process is set to be completed by December 2023, and Georgieva said it’s important for maintaining the credibility of the fund. 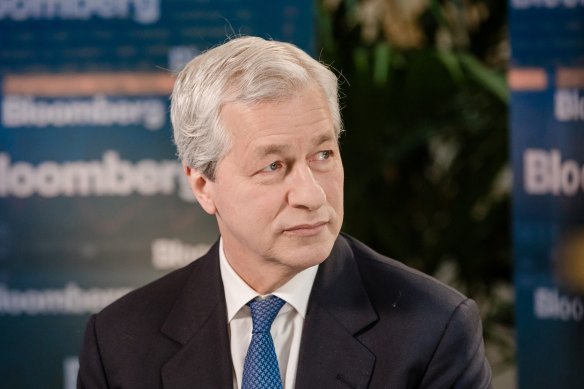 JPMorgan chief Jamie Dimon predicted a recession in the US “six to nine months from now”.Credit:Bloomberg

Georgieva also said the IMF will discuss surcharges – the commissions charged to countries that use the lender’s credit lines extensively – as part of talks about its precautionary facilities in December.

Surcharges provide an incentive to middle-income nations to avoid borrowing excessively, Georgieva said. Some developing nations and Nobel prize winner Joseph Stiglitz have argued for eliminating them, saying they place an unfair cost on struggling countries.