The crypto markets are stabilizing a lot ahead of the weekend. Apart from YFI and limited other Defi tokens that are however pushing on hard, many others appear to have taken a pause out of the continuous bull run.

Although analysis makes further profits in many altcoins, bitcoin seems to be maintaining up the pace in its quest for the $12,000.

YFI had a neat market grasp within the last 24 hours. In the timeframe described, the coin earned around 17.7% to maintain a week-long market gain which accumulated to around 121.8%. 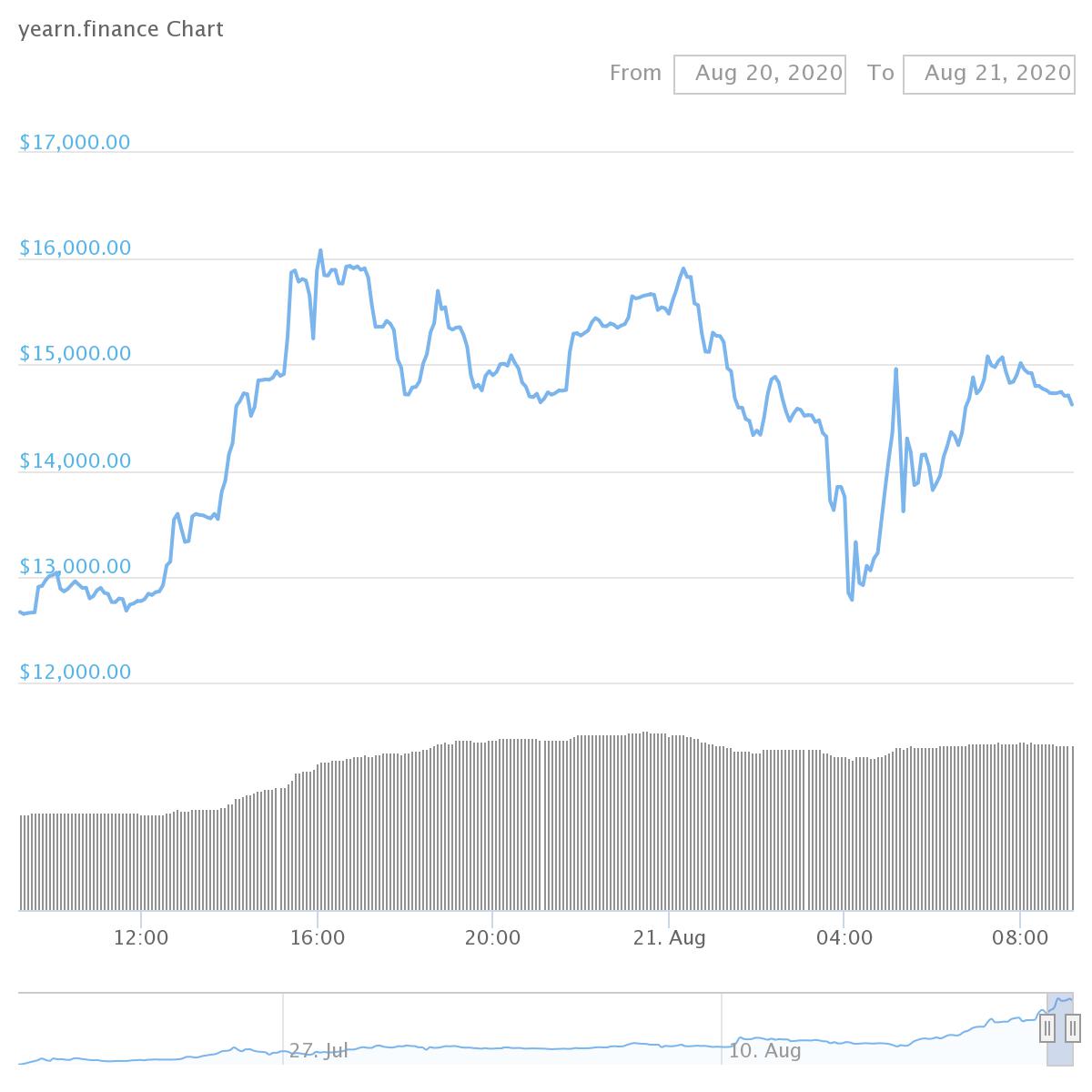 Within the last 30 days, FYI gained around 1,000% to register a substantial profit amid the top gainer’s cryptocurrencies of the ongoing bull season.

Rune earns a top position with around 17% gain within the last day. This percentage gain adds to a list of accumulating profits the coin has made within the week. 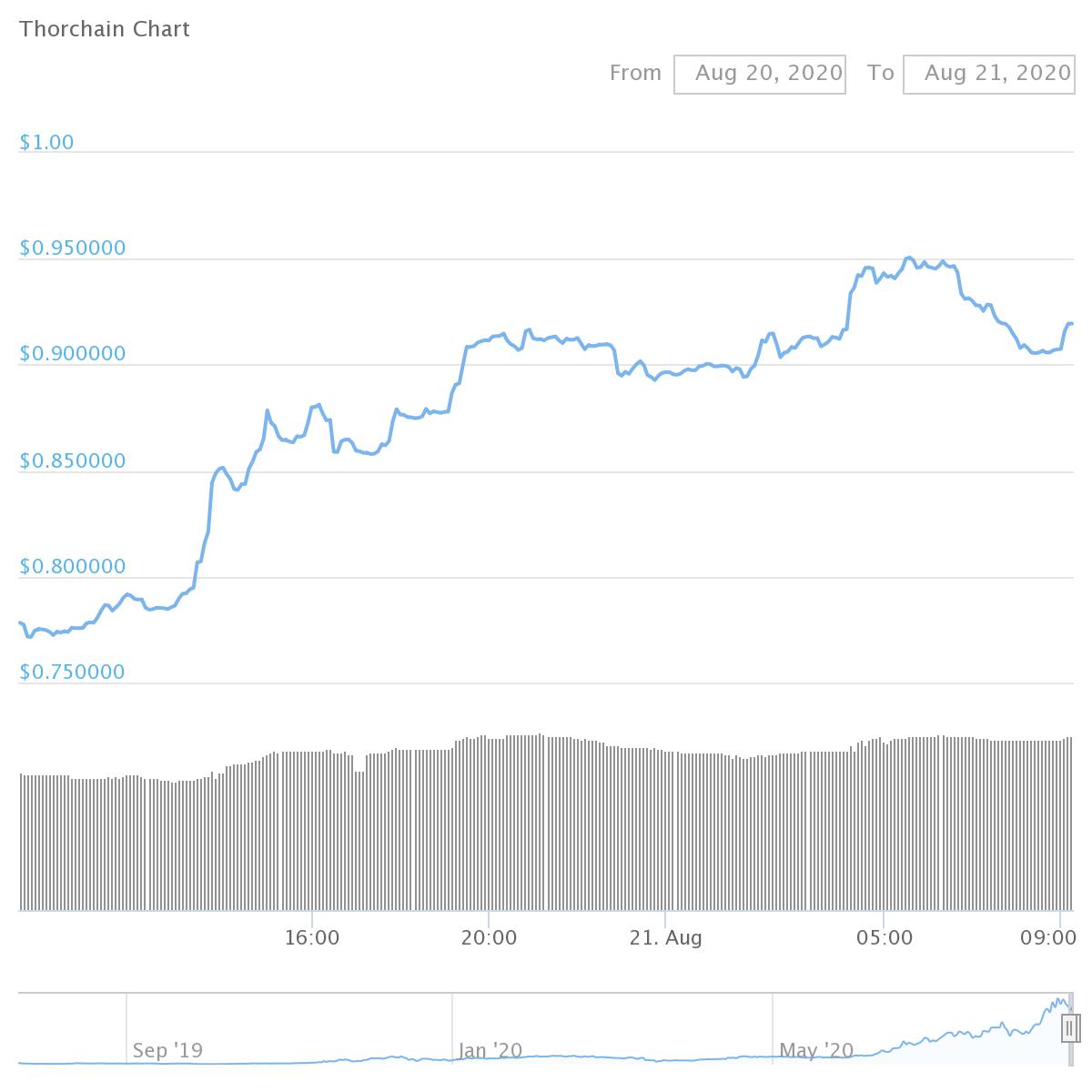 The top gainer has a very bullish market opinion as nearly 80% of traders are going long on RUNE.

In the one year timeline, RUNE earned $4,319% and has also gained through other timeframes. In the last week, the coin listed 48% gain and counting till date.

RUNE/USD occurs to have begun a slight price retreat. In the short bearish action, prices may likely fall to $0.90 where the major support level exists. Beneath the point, strong support exists at the $0.90 area.

RUNE is directly changing hands at $0.90 as its market capitalization rides around $179 million.

MIOTA is the last coin in this classification on our top gainer’s roster of the day. The top gainer is up by almost 11% in the last 24 hours. The coin’s market sentiment is almost entirely bullish with 90% positivity. 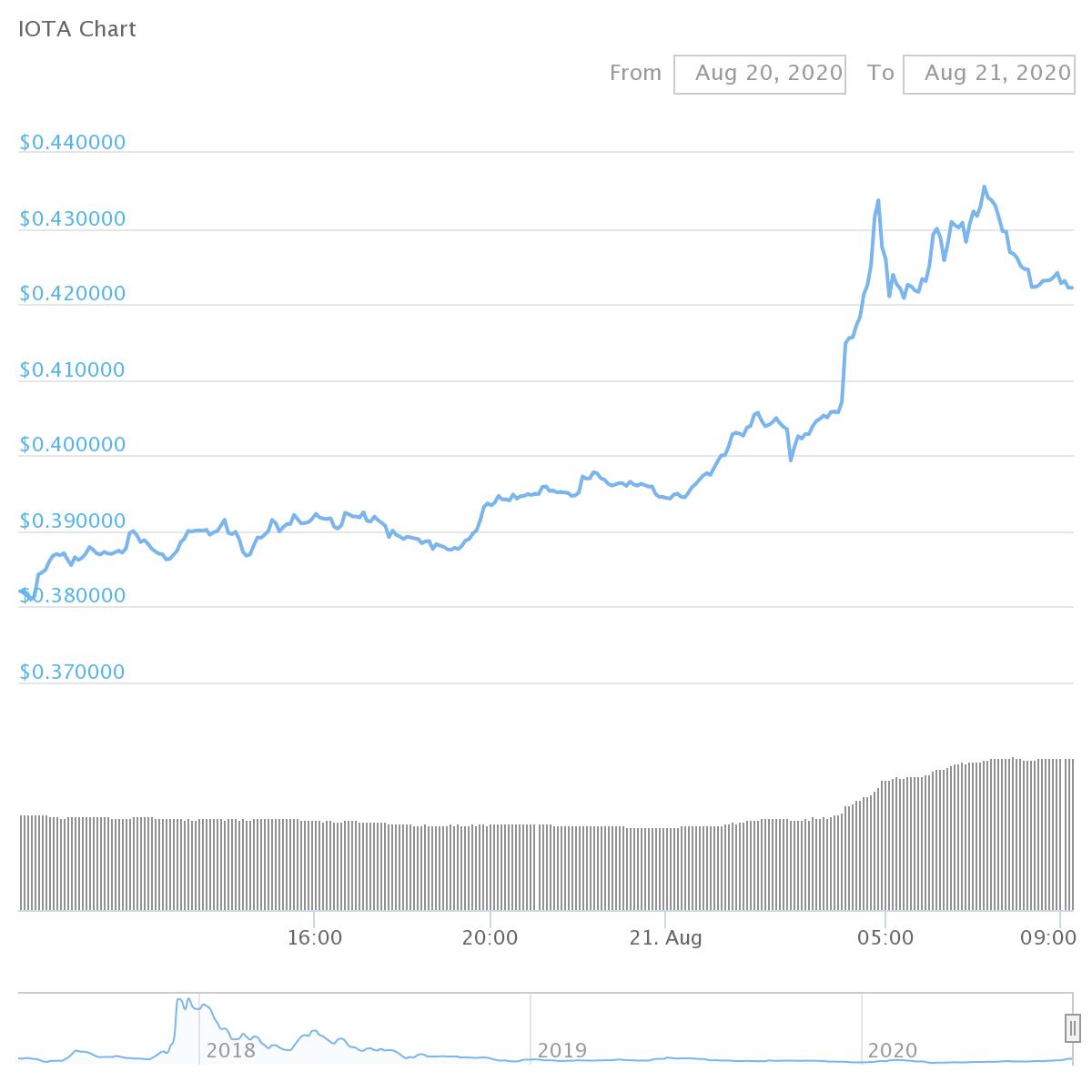 MIOTA is currently trading at $0.42 with its 24-hour market cap stable at $1 billion. In addition, the coin’s exchange volumes within the last day are $30 million.

‘People Have Ears’: MSNBC Host Shuts Down Trump Aide’s Spin On The Debate