Andrew joins XTX Markets’ Global Distribution team after a lengthy career in the capital markets space, during which he has focused on foreign exchange analytics and held several trading roles. 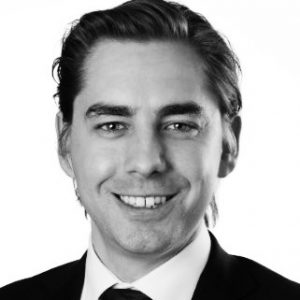 He joins XTX Markets from BNP Paribas, having worked with the French lender for the past two years as Head of eFX Client Analytics. Prior to that, he was a senior quantitative trader at Sun Trading LLC, a Chicago-based privately held proprietary trading firm.

Mr Webber spent the bulk of his career at Deutsche Bank. He had originally joined Germany’s biggest banking group back in 2009 as Analyst and Interest Rate Trader, then was promoted in 2011 to take up the role of FX Quant Trader, a position he held until he left in 2016.

Webber’s expertise in the quantitative trading seems an ideal fit to help the four-year old further grow their client franchise, which has been unusually swift. XTX Markets has steadily climbed the ranks of electronic market makers, now commanding nearly 12 of the spot FX turnover, displacing leading banks such as J.P. Morgan Chase in the process.

According to its latest filing with the City’s register, XTX enjoyed a healthy revenue boost last year to over £305 million, though its aggressive plans for expansion at home and abroad saw its administrative expenses rise 85 percent to £148.7 million.

Commenting on the appointment, Jeremy Smart, Global Head of Distribution at XTX Markets, said: ‘’As the world’s largest FX Spot/Forward and European Equities systematic internaliser liquidity provider, Andrew is the ideal fit to help us further grow our client franchise and solidify our position as a leading, global cross-asset liquidity provider.’’