TZ APAC’s Colin Miles: Blockchain will be taught in classrooms in 3-5 years 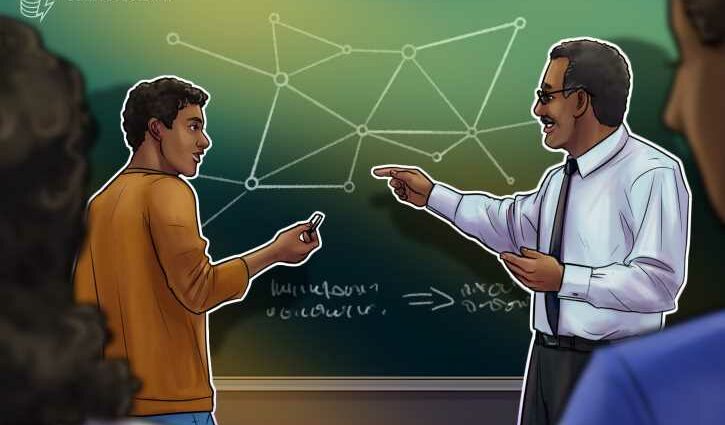 Colin Miles, the newly-appointed CEO of TZ APAC expects blockchain and web 3.0 curricula to start becoming an integral part of secondary and tertiary education within the next three to five years.

Miles was speaking to Cointelegraph after the announcement of TZ APAC’s partnership deal with the National University of Singapore (NUS)’s School of Computing on May 10, which will see the Tezos agency supporting the development of the university’s new center for Nurturing Computing Excellence. Miles said:

“If you have a dedicated center in NUS, which runs blockchain courses every day of every week for students… it will become part of the fabric of one of the best computing schools in the world. I would imagine that most other schools would look to that as an example to follow.”

Related: Top universities have added crypto to the curriculum

“Overall this trend will become a mainstay, because a large number of exciting new jobs will come from the Web3 environment. It is therefore incumbent on educational institutions to help gear their student cohorts up for this important shift,” he said.

TZ APAC is the Asia-based blockchain adoption entity supporting the Tezos (XTZ) ecosystem. Tezos is an open-source proof-of-stake blockchain launched in 2018 as a platform for smart contracts.

As part of the newly announced partnership, TZ APAC has been tasked with creating a blockchain developer curriculum where students will be able to take part in classes, workshops, developer hackathons and other practicals aimed at educating students about the Tezos blockchain.

TZ APAC will also be supporting the university through the provision of a grant, which Miles said will go towards administrative support for running courses for undergraduates, as well as postgraduates and PhD students and their final year projects.

Singapore has been leading the way in terms of institutionalizing crypto education, said Miles, particularly when compared against other APAC countries.

“Singapore is starting to inculcate this education into the curriculum in a positive way.”

“They’re starting to add these through smaller vocational courses… but you can imagine the next step is to literally burn it into their curriculum so that their undergrads can go through this process without having to do it voluntarily or otherwise.”

Led by Associate Professor Tan Sun Teck from NUS Computing, the new Center will give students an avenue to learn directly from experts in the field of blockchain technology, cloud computing and data science.

“By partnering with pioneering organizations such as TZ APAC, students will have the opportunity to benefit from real-world expertise at a critical juncture of their education,” said Professor Tan.

Miles said that partnering with universities, academies and schools around the region are one of the key methods used by TZ APAC to drive adoption of the Tezos blockchain.

“We now have a very strong proposition for educational institutions in the region. In partnership with [them], we can reach tens of thousands, if not hundreds of thousands of students, to not only help them understand the blockchain economy, but also Tezos blockchains’ role in that as well.”