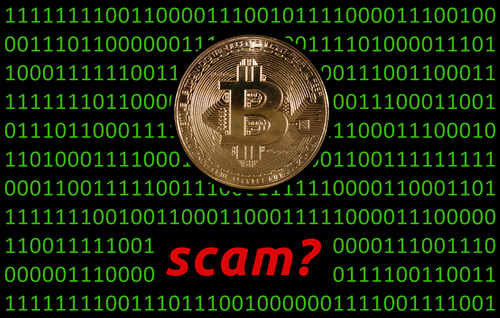 A woman happened to be in the right place at the right time, thus preventing her from becoming the latest victim of a crypto scam.

How a Woman was Prevented from Being the Latest Victim

The elderly woman is believed to have withdrawn roughly $30,000 from her bank account. She then headed to a bitcoin ATM in the town of Sudbury. There, she was directed – over the phone – by someone claiming to be from the Microsoft support team. They were providing instructions to her about how to transfer the money through the machine and send it to a specific address.

Police in the area claim what most traders likely already know… That the person on the phone was not from Microsoft. They were, in fact, a scammer looking to land a little crypto that they didn’t earn. Sudbury police spokesman Lt. John Perodeau explained in an interview:

She was hacked. Fortunately, we were able to intervene, and she was able to deposit the money back into her account.

Crypto scams have increased in volume over the past few years given that the prices of many assets – despite recent drops – have jumped heavily from where they were as recently as two years ago. Perodeau says the woman fell victim to ransomware which ultimately led to all her computer files being encrypted and locked. She was given a telephone number that she believed was for Microsoft support. She called the department asking for help not realizing this was all part of the scam.

She was directed over the phone to purchase bitcoin through the machine and send the funds to “Microsoft.” Perodeau explained:

Once you provide them the code, the money is gone.

Bitcoin ATMs are becoming much more common. On the one hand, this isn’t a bad thing given that it contributes to the growing legitimacy and mainstream appeal of digital currencies, but it has also led to a resurgence of crypto crime in that with so many ATMs around, it is much easier to scam people and steal their digital funds.

Elderly people are often targeted in these kinds of scams in that they do not realize the breadth of today’s new technology. They also tend to have limited knowledge of crypto and digital finance.

Quick to Fall for Scams

According to Framingham director of elder services Grace O’Donnell, many of these individuals also believe people are ultimately good. Thus, they are quick to fall for scams in which they are instructed to engage in certain tasks. O’Donnell said:

Most of us are good-hearted people and don’t want to think the worst will happen. We always recommend getting another person’s perspective. Sometimes, just talking about it can make people realize something isn’t right.

This is the second case of crypto fraud to occur in Sudbury. The first led to losses of more than $50K.