Shares of MicroStrategy (MSTR) surged to one-month highs on Tuesday, as Bitcoin’s (BTC) gravitational pull on crypto proxy stocks continued to strengthen following another record-breaking rally for the digital asset.

Shares of the business intelligence firm touched an intraday high of $770 on the New York Stock Exchange, representing a gain of 10% – the highest level since March 11. At current values, MicroStrategy has a total market capitalization of $7.5 billion.

Even with the latest run-up in price, MSTR remains well below all-time highs breached in early February. The stock peaked at $1,315.00 on February 8 before pulling back to sub-$1,000 levels. 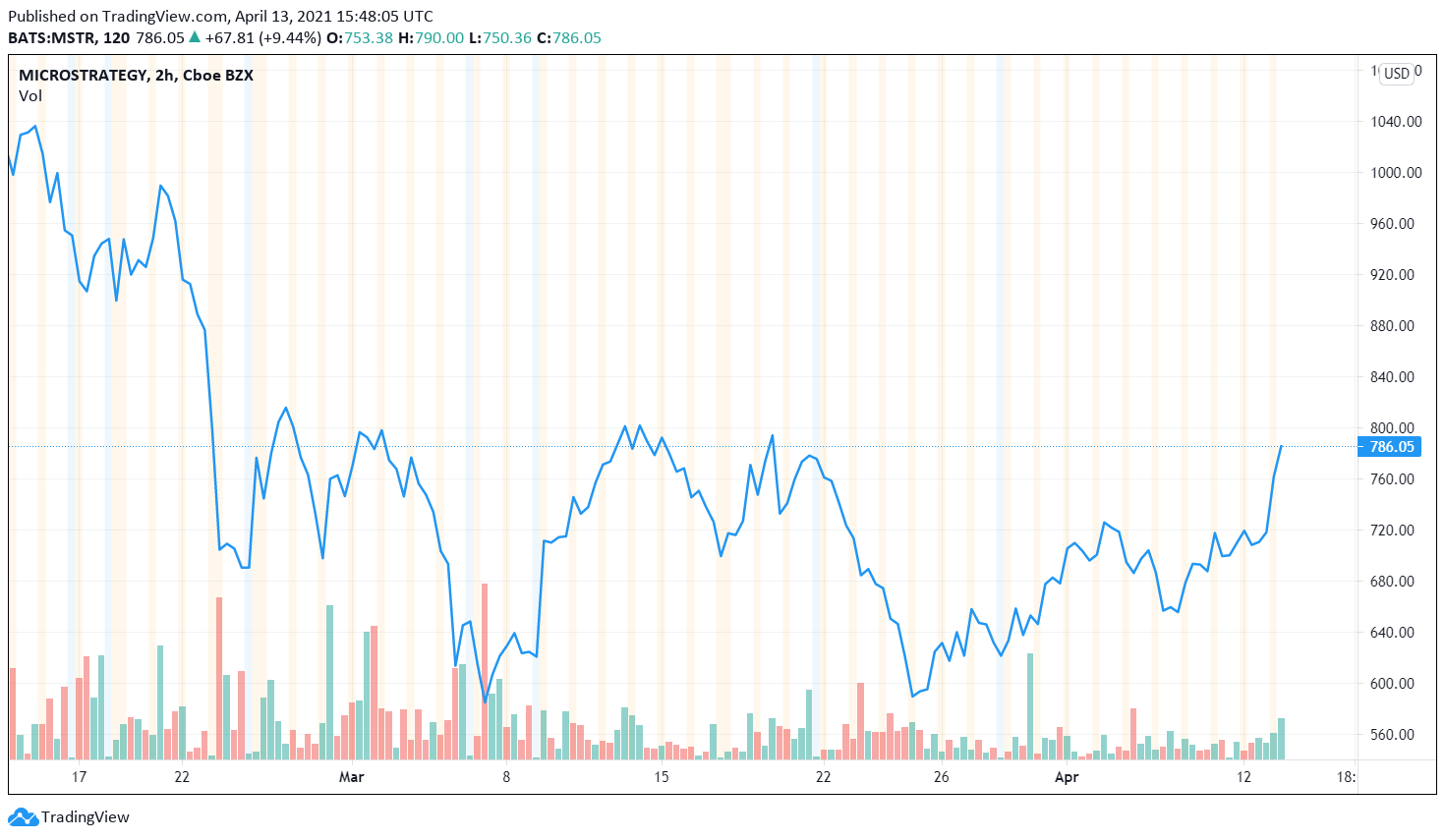 MSTR’s rally came just as Bitcoin surged above $63,000 for the first time, setting a new all-time high in the process. Although MicroStrategy’s underlying business has nothing to do with Bitcoin or cryptocurrency, the company has become a corporate flagbearer of BTC after CEO Michael Saylor decided to convert a large portion of the company’s balance sheet into the digital asset.

On Monday, a filing with the United States Securities and Exchange Commission, or SEC, revealed that MicroStrategy’s board of directors will receive bonus payments in BTC instead of cash. The modified 8-K form states:

“Going forward, non-employee directors will receive all fees for their service on the Company’s Board in bitcoin instead of cash.”